By Dan Larsen | 28 May 2021
Dan looks back at City’s CL journey and says we should just enjoy the moment.

It’s finally happened! Manchester City are about to play in the final of Europe’s grandest competition. With the match just around the corner, it’s worth reflecting on just how far City have come. All of you, of course, know the story. However, given the magnitude of this moment, there is no better time than now to look back.

City have come a long way from those dark days back in the 1990s. After beginning the Premier League era as one of the league’s original co-founding teams, they quickly found themselves struggling to stay afloat. Relegation from England’s premier competition would come in 1995-96. What followed could have easily been the end of the club as we know it today.

The 1997-98 season saw Manchester City fall to the third division of English Football. By falling this far, they became just the second team ever to fall below the top two tiers of their domestic leagues after winning a European Cup. What this could have meant for the club at the time cannot be understated. Many of England’s formerly great clubs, like former European champions Nottingham Forest, and like former top division winners in Blackburn Rovers and Portsmouth, have fallen below the top flight and struggled to ever return. In fact, one of City’s historic competitors and rivals, Leeds United, got relegated from the EPL back in 2004 and would not return to the top flight of English Football (including a brief stint in third division too) until this season.

City, however, avoided falling into the trap that has consumed so many others. It took the incredible playoff final against Gillingham in 1999 for the club to gain instant promotion back to the Championship. Though they would return to the EPL a season later, they got relegated yet again in 2001. It would take them persevering again to make it back to the top flight in 2002.

After that, the club established themselves as a team that finished consistently in the middle of the league. It was a spot that so many other clubs below the traditional big six have found themselves stuck in: too good to get relegated, but not good enough to truly ever compete for European spots or a Premier League title. It was an okay place to be, but the club and fans desired more. The 2008 financial takeover would be the lifeline that they needed.

The massive footballing project that was taken on by Sheikh Mansour in 2008 forever changed the trajectory of this club. Everything that was done to turn this team into the best in European football was done with this exact moment in mind. City were perhaps the last of a slew of teams that found themselves with the new financial means to truly pull themselves up to compete with the established elite. Had they been taken over just a few years later, the difficulty of executing the kind of project that they’ve successfully pulled off may have been nearly impossible.

Sitting here today, that project has been a complete success. As we discussed a few weeks ago, City became just the third club since the end of the Second World War to win at least five top division titles in a decade, joining the likes of Liverpool from the 70’s and 80’s, as well as Sir Alex Ferguson’s United teams of the 1990’s and 2000’s. Beyond their five league titles in ten seasons, they’ve won two FA Cups and six League Cups over their past 11 seasons. They’ve shattered records too, including becoming the first team to win a domestic treble, and becoming the first and (for now) only team to get 100 points in a league season in England’s top flight.

Saturday’s UEFA Champions League Final, however, gives them the chance to get the one trophy that has eluded them during this 13-year run. The journey in this competition warrants its own brief summary too (a more detailed reflection can be read here). City started their UCL tenure by missing out on the elimination rounds in each of their first two tries. Once they got over that hump, they then found themselves bumping up against a new wall as they would lose in the Round of 16 in each of the next two seasons. Then, in what was objectively their worst season since the early years of the takeover, they somehow made it to a semi-final in 2015-16 only to put in a dull performance over two legs against Real Madrid that left fans wondering how they ever got that far in the first place.

Pep Guardiola was brought in back in 2016 to bring the club up to the next level, including in Europe. Though that would happen domestically, we all know the heartbreak that has greeted this team time-and-again in the elimination stages of the competition since he took over as manager. Instead of the Round of 16 being their demise, City now found themselves stuck in the quarter finals. No loss during these past three seasons was as difficult as going out to Spurs on away goals in 2019, with a magical Raheem Sterling winner being ruled out for offside by a VAR review. That night made it feel as if City were never going achieve European glory.

Now, they find themselves in the final during a season which started off as a complete disaster. Getting to this exact moment seemed like a pipe dream even six months ago. The fact that they’ve gotten here, and won two domestic trophies on the journey, is bonkers. It’s even crazier when you look back at their previous three seasons.

It may truly never get better for City fans than what we’ve seen and experienced over these past 13 years. Soak in this final, enjoy it, and let’s hope it ends with City lifting the UCL trophy. 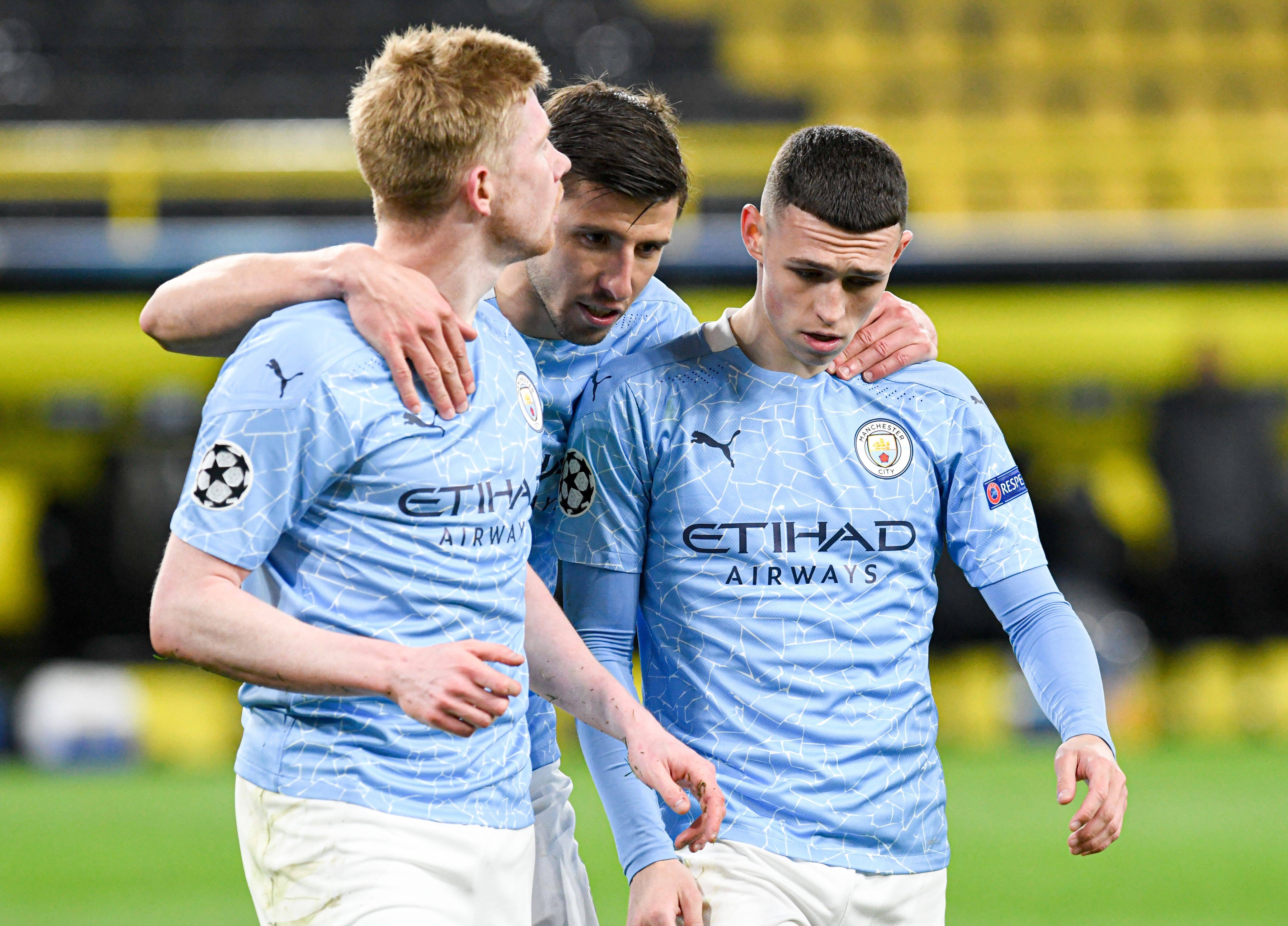