Could this season be Pep Guardiola’s greatest achievement?

By Dan Larsen | 13 May 2021
Dan considers whether Pep is one game away from his greatest season.

We’ve known for weeks that it was only a matter of time before Manchester City were officially crowned Premier League champions. That became reality on Tuesday night after Manchester United lost 2-1 at home to Leicester City.

This league title now marks the fifth Premier League title that City have won in the past decade. That’s a rare height of achievement that few clubs in the history of the English top flight have ever accomplished. In fact, since the end of the Second World War, only the Liverpool teams of the 1970s and 1980s, and Sir Alex Ferguson’s United teams of the 1990s and 2000s have managed to win five or more top flight titles over the span of a decade.

City’s league title also represents their seventh top flight title in history. That has now pulled the club above the likes of Sunderland and Chelsea (six) and level with Aston Villa for fifth on the all-time list for English top-flight titles. So much for being a team without a “history” as many rival fans like to say.

This league title is City’s second trophy of the season following their Carabao Cup triumph over Tottenham just a few weeks ago. City have won a trophy in four of Pep Guardiola’s five seasons in charge. Even more impressive is that they’ve now won three of the past four Premier League trophies with him at the helm, won four consecutive league cups, and have won at least two trophies in three of those five seasons including the first ever domestic treble in English football history. The one trophy that has eluded the club to date will be on the line in less than three weeks too when they face Chelsea in their first ever UEFA Champions League Final.

Though it has felt inevitable that City would clinch the league title over the past several weeks, it’s worth reflecting back on just how far this team have come from where they were just a few months ago. It was only back in November when this team appeared to be in crisis. After losing 2-0 on the road to Spurs, City found themselves sitting in 13th place after just nine matches. It looked as if the team were going to have to scrap just to make it into the top four this season, let alone seriously challenge for a title.

Four match days later, after having drawn in consecutive games against Manchester United and West Brom, City found themselves sitting in ninth. They had a favourable run of games in front of them to potentially pull themselves back into the title race, but their inability to create consistent chances and score seemed like it could be the death of them. It still felt as if they were far off from being able to string together a substantial run.

Things, of course, turned after that draw against West Brom. As we know now, the team would pull off 13 consecutive league wins. The rest of the league, in the interim, failed to present any real challengers. By the time the team took the field against Manchester United on Matchday 27, the league had been all but won. Not even a loss that afternoon would be enough to derail their momentum.

City also saw their fortunes finally turn in Europe. After suffering devastating loss after devastating loss in the quarter-finals of the Champions League over the past three seasons, they were able to get over the hump against Dortmund last month. Then, they beat a PSG side in the semi-finals that had finished runners-up just a season ago in the competition, and was the same club that had just knocked the reigning champions out of the tournament the round before. The one trophy that has eluded Pep since his Barcelona days is now within reach. A treble is within reach.

The fact that City have managed to turn around what seemed like a lost season into THIS is nothing short of impressive. Pep Guardiola has pulled off some incredible coaching jobs in his career. Few, however, rival the achievement of what he’s accomplished his season. City went from a terrible start in the league to winning it with three games to spare. They went from looking like a club that would struggle to win anything, to having won a domestic cup for the fourth successive season and playing in the final of Europe’s premier competition. All of this was accomplished during the most condensed season ever, where clubs were essentially forced to play twice a week from start to finish. They also did it without having a true striker or consistent elite goal scorer, something you almost never see happen.

Guardiola’s willingness to tear things down and get back to the basics and fundamentals back in the early weeks of the season got this team to where it is now. They had to rebuild their tactical approach on the fly. Though the early results weren’t always the prettiest, as their draws against Manchester United and West Brom showed, their focus on shoring up the defence and playing as a unit laid the groundwork for what we’ve seen them turn into today.

It will be difficult to argue that this season can surpass the overall accomplishment of their 2018-19 treble winning season. However, what Guardiola has managed to pull off this season already comes pretty darn close. If they win the Champions League for the very first time in a few weeks, this season may just finish as his finest coaching job ever. 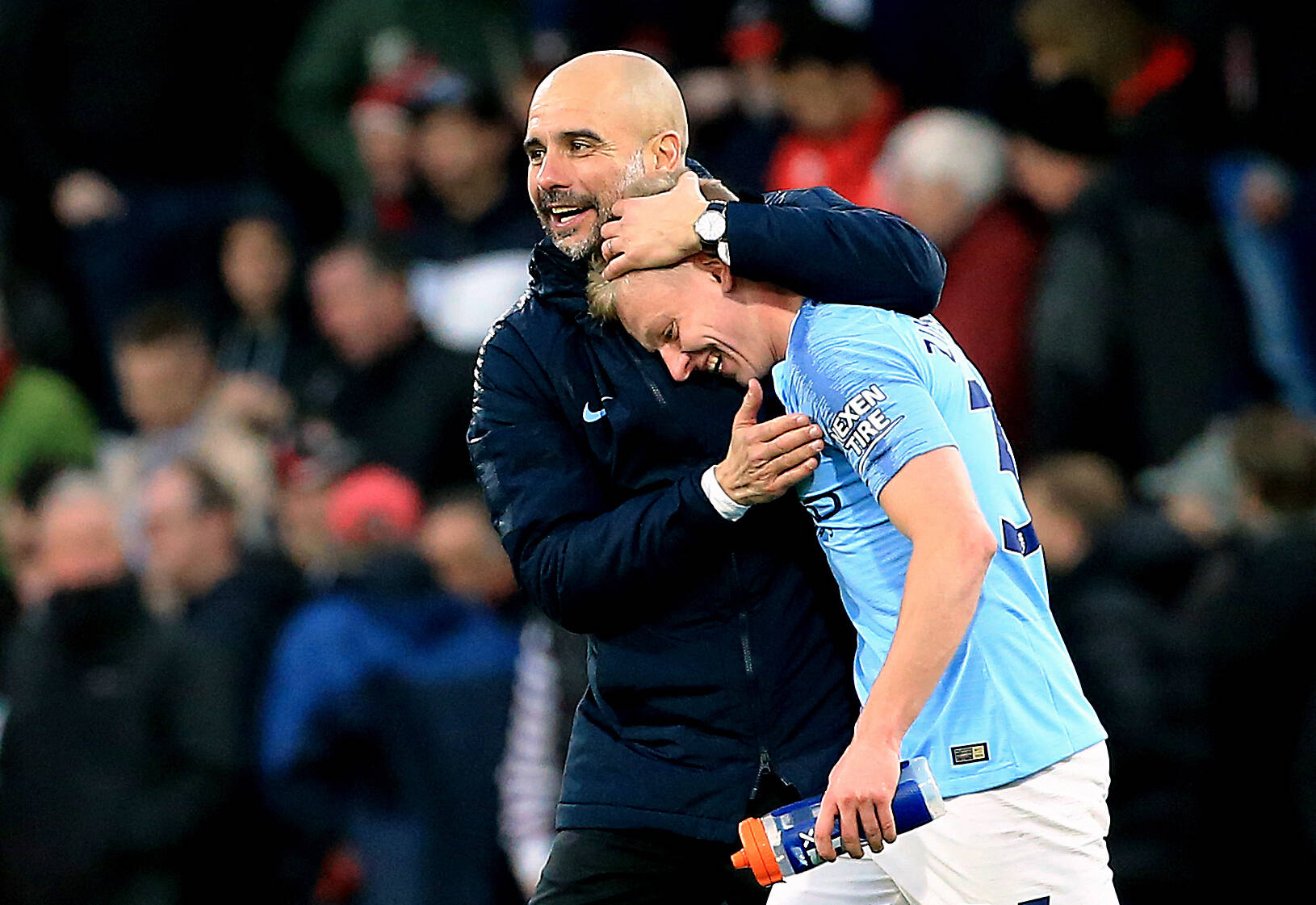