By Dan Larsen | 19 January 2021
Dan examines how City have prospered from Pep’s focus on defensive stability.

They’re back! After a crucial weekend that saw their closest title rivals, Liverpool and Manchester United, split points in a head-to-head match at Anfield, Manchester City now find themselves second in the table on 35 points. They’re now just two points off first, and if they were to win their game in-hand in the coming weeks, City would officially be top of the Premier League. It was a long and bumpy road that got them to this moment. However, one crucial philosophical and tactical decision by their manager, Pep Guardiola, helped them get here: a focus on re-establishing and executing the basics and fundamentals of defending.

City’s defence had been the Achilles heel of the team for the better part of a year. Their defensive miscues took them well out of the title race a season ago. It cost them a more than favourable tie in the UEFA Champions League Quarterfinals against Lyon over the summer. It also led to one of the most one-sided defeats the club has ever had in the Premier League when they were hammered 5-2 at home by Leicester City earlier this season.

It wasn’t just those scores that showed weakness either. Their poor performances on the defensive end were beginning to cause the team to unravel in other facets of the game too. The attack cratered. The team were bereft of confidence. If they didn’t sort out their defensive issues, and fast, Manchester City could have found themselves struggling to make the top four this season, let alone posing another title challenge.

In the wake of their slow start, Guardiola significantly changed his tactical approach. Rather than focusing his attention, as he usually has, on creating as many goal-scoring chances as possible, he shifted his eye to the defence. From experimenting with the centre-back pairing, to playing two holding midfielders in Gundogan and Rodri, Guardiola was looking for answers.

The team began to tweak their aggressive attacking style. Basics and fundamentals were the name of the game, namely limiting their opponents chances as much as possible while still playing a heavy possession-based game. When the team took the lead, in particular, they focused their personnel on preventing counter attacks and limiting opportunities generally rather than pushing as aggressively for additional goals as they had in previous seasons. Positive results slowly began to come. Though the approach was arguably TOO reserved, in particular in draws against West Brom and Manchester United, the team began to regain its confidence and its form. As November and December progressed, the team found themselves climbing closer and closer to the title race.

Months later, the defence is no longer a weak spot for this side. In fact, it’s THE reason City are firmly back in the title race now. The team have now kept 17 clean sheets in 25 matches across all competitions since their drubbing at the hands of Leicester back in September. In the league, they’ve managed to keep seven clean sheets in their past nine. This incredible defensive run has helped City go on a 15-match unbeaten streak since they lost 2-0 at Spurs back in November, with City winning 12 of those matches.

Overall, City have conceded a league-low total of 13 goals in 18 matches. That’s four goals BETTER than second-best Spurs, a team whose entire footballing philosophy under Jose Mourinho is centred around playing extremely deep and ceding possession to their opponents. City have also managed to now tie Liverpool for the best goal difference in the league at 16. This has happened in spite of the fact that City have scored just 29 goals so far, the worst total among the top five sides in the table at the moment.

The advanced stats firmly support City’s current defensive record as well. According to understat.com, the team have conceded 13.12 xG so far in the Premier League, nearly four xG better than their next closest opponent (Aston Villa at 16.90). Since their first three league games, where they conceded 2.87 xG against Leicester and 2.57 xG to Leeds United, they’ve literally held all but one of their opponents to under one xG (Liverpool at 1.19). That’s evidence of a team that is executing a game plan to perfection. They’re no longer conceding the high percentage chances that they were conceding in abundance before.

Much of the credit for this resurgence has, quite rightfully, been directed at John Stones and Ruben Dias. The duo has been virtually unbeatable since they started playing together over two months ago. Joao Cancelo has also been playing at a very high level, with his dynamic skills giving Guardiola multiple ways to utilize him. Without these players, City may very well have lacked the personnel to get to this point.

Most deserving of credit, though, is Guardiola himself. Though City struggled to create chances in a few of their early games during this tactical rebuild, things have completely stabilized now. The team is defending as well collectively as they have at any point under Guardiola’s tenor.

Even as they’ve begun to take more chances in their overall tactical approach, moving their back-line higher up the pitch in possession, pressing more aggressively in the first moments after losing possession, and playing with just one central midfielder in a holding role just to name a few changes, the team has continued to defend at an elite level. The team have gotten back to a place of trusting each other, knowing what to do at all moments of a match. That collective belief and trust would not exist had Guardiola not put such an emphasis on re-establishing defensive basics and fundamentals earlier this season.

City now find themselves in the driver’s seat in the league. Though many tough fixtures await in February and March, the team are in a perfect position to control their own destiny. If they continue to defend at this level, they may just find themselves pushing for multiple trophies come April and May too. We’ll see if they can pull off a special season in the months ahead. 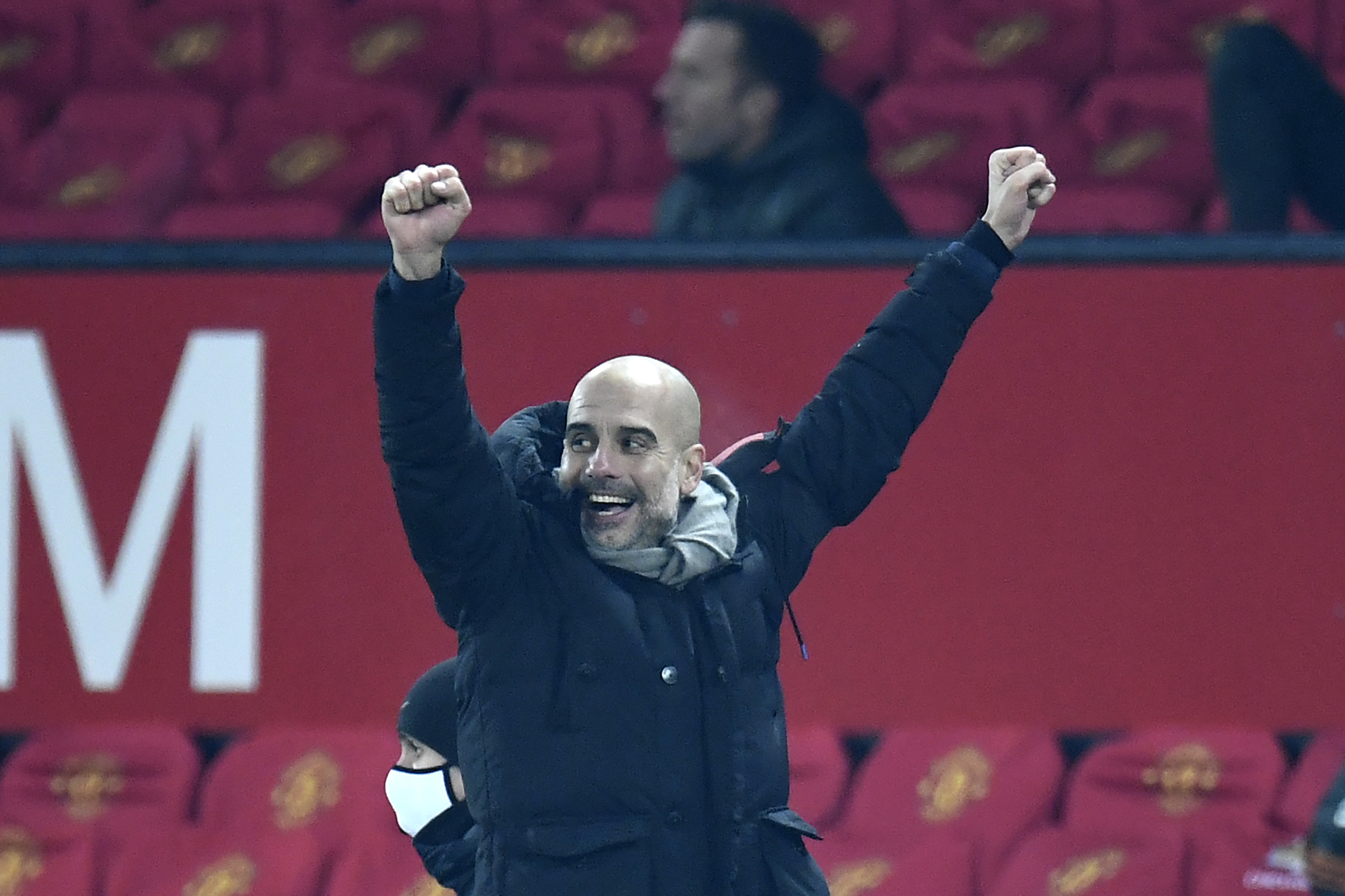