Why Ruben Dias Deserves All The Awards

Dan explains why Ruben Dias deserves any awards that may come his way.

Sometimes, it feels like we’re inhabiting different realities from some of our peers who watch the same sport as us. No recent example better illustrates this disconnect than the discussion surrounding the POTY award in the Premier League.

Specifically, some in the media and on social media platforms have taken issue with Manchester City’s defensive ace, Ruben Dias, being given those awards. The argument seems to go that it was inevitable that Manchester City were always going to win the title, and that their defensive record wasn’t THAT much better with Dias in the line-up versus what they were last season under Pep Guardiola. The truth is that this narrative couldn’t be further from the truth.

Though it can often be difficult to parse out the impact that a single defensive player can have on a team, there are ways for us to try and analyse this. Perhaps the best way to try and look at this is by looking at the quality of the chances conceded with that player in the line-up versus when they weren’t in the line-up by using expected goals against. In the 32 EPL games that Ruben Dias started this season for Manchester City, the team conceded 23.87 xGA according to understat.com, an average xGA per game of about .75. In the six matches that Dias did not play, City conceded 6.74 xGA, an average of about 1.12 xGA per game. If you take out his introductory game against Leeds on match day three, when he was just being introduced to the team with essentially no pre-season and training sessions to get familiar with the squad, City conceded an average of just .69 xGA in his starts this season.

Just looking at the xGA stats this season when he started versus when he didn’t would make a pretty powerful case for his impact. It’s even greater when you consider that this improvement happened with, essentially, the same back line, goalkeeper, and midfield playing with him as played together the season before. In the 2019-20 season, with essentially all of the same defenders and midfielders starting for the team besides Dias, City conceded their fair share of high-quality goal-scoring chances. In 38 games, they conceded 37 xGA, an average of .97 xGA per game. This demonstrates just how much City’s defence improved in just one season. Dias played a major role in making that happen.

Much of the credit for the defensive record of the team, of course, goes to the unit as a whole. Pep Guardiola put a significant focus on trying to get the team to refocus and relearn defensive fundamentals in the November to January time frame. Though it took a while for that to turn into wins, it created the foundation that City would use to go on a record-breaking winning run. However, Dias was the steady hand and leader that the centre of the defence NEEDED for this system to work. That’s what allowed City to turn around a terrible start through their first eight league matches into a season in which they ended up running away with the title.

Dias brought the on-field presence in the back line that the team sorely lacked when they lost their former captain, Vincent Kompany, after the 2018-19 season. Having a defender who rarely, if ever, put a foot wrong and could be relied upon to make a tackle or block at a critical time enabled the team to develop a comfort level that they never could develop the season before when the likes of Nicolas Otamendi were playing as the last line of defence. He also provided the team with vocal presence that they needed to conduct their defence effectively, shouting out instructions, communicating with teammates in crucial moments, and providing encouragement and support when his teammates made a crucial play. All of these were qualities that Kompany consistently brought in his time at the club. City simply did not have this last season with him departing the club, and wouldn’t have had it without Dias this season.

Great players also make their teammates better. We saw that with Dias this season. No one looked more improved compared to previous seasons than John Stones did playing in a consistent partnership with him. Stones went from looking like an outcast that was the last option in a rotation of five centre-halves coming into the season to having the best season of his career next to Dias. Though staying fit played a major role in Stones’s prolonged run of good form, it was also the confidence and trust that he was able to develop with Dias as his centre-half partner that put him in the best position to succeed.

Dias was the key cog that enabled Manchester City to turn things around this season. Between his high-level defensive play and his leadership qualities on the field, he created the foundation for City to turn a unit that struggled defensively without him into one that was clearly one of Europe’s best. Manchester City would not have won a title this season if not for their defensive improvements. Given that Dias played a fundamental role in making that happen, that’s why he deserves to be the Premier League Player of the Season. 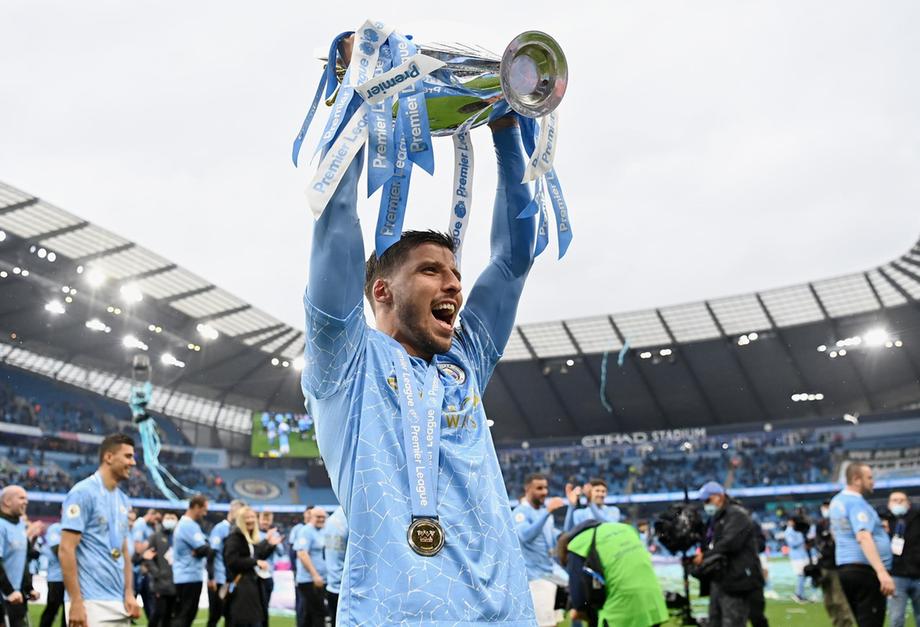