By Howard Hockin | 12 March 2021
Howard thinks City’s winning run will be forgotten because of the circumstances in which it occurred.

I got to thinking after City’s ridiculous winning run came to an end after the derby day defeat. I mean, what else is there to do? I’m at the point now of considering painting the ceiling in the spare room. I was trying to work out where it ranks in City’s achievements in a decade that has given us all so much. And it is hard to define because of the dichotomy it creates. It’s the best of times, it’s the worst of times. Quite simply, I think it is the most important winning run my club has ever achieved, from a personal point of view, because of how it helped me at a time of need. But in twenty years’ time or less, it may be mostly lost, because it happened at a time when we were deprived of everything that makes being a fan so special – personal memories.

So why is it so relevant to me personally? The winning run is the most important in my lifetime because it helped keep me sane. And not just me I imagine. In a terrible year, in a year of lockdowns and restrictions and solitude, football was often all I had. A 24/7 life of football streamed into my living room – AND IT’S LIVE! Endless games, until you almost began to hate the sport.
Many days I considered football an unwelcome inconvenience. City matches at least. I had settled into a lockdown rut, and I was surviving, like all of us are. And I did not want the emotional uncertainty, the rollercoaster, of a City match thrown into a mix. With no football, I could relax, watch Ozark, and remove all stress from the world, as long as I avoided Twitter. The problem with City, or anyone’s football team, is that they can destroy your mood, and there’s absolutely nothing you can do about it.

And that is why every single one of those 21 victories meant something more. They kept me on the level. They boosted they mood. They kept me bobbing along. And they had to, because after a bad result in lockdown, there is nowhere to go, no escape. Think about the experience of losing that derby in the flesh. Well physically being there may have made it worse. But at least afterwards I would go to a pub, drink beer, and forget our collective woes. Not this time. All I had to think about for the rest of the day was losing to United. Twitter rubbernecking yet again, despite it never doing me any good. If there had been no football, I’d have got by, because we all have to after all. Waiting to make up for lost time. But what if my football team, a team expected to sweep all before them, had stunk the place out this season? How much further would my mood have sunk?

For all of us, it’s just a case of needing a return to normality, and there is nothing any of us can do about altering our feelings and the lulls we experience until we have that normality. And then I have to learn how to be normal again, which was difficult enough pre-pandemic. So football is an emotional crutch right now. It is something tangible to grab onto whilst we wait. That league title, which seemed so unlikely just a few months ago, will mean everything to me.

The problem is that I am always willing City to please, please, please win the current title race or big match and if they do, I’ll never ask for anything from them again. I’ve been doing it since 2011. Just let City win the FA Cup, and I’ll never ask for anything again, I whisper to a god I do not believe in. Just let us not mess up v QPR, and I’ll never ask for anything again, I promise. Just win that title race against Liverpool, twice, and I’ll die happy. And then I keep asking for more, and I keep needing them to deliver, for my mood. So it is easy to say that the current trophy win is the most important, because I have always considered the current run of success the most important. But it is finally true, this time. This time, I really need that success.

For some, it has been easy to dissociate from football during the pandemic. If there are no crowds, then it is not proper football, which is a valid argument. It’s not an option for me though. I can never turn off from the results of my team, whatever the situation. Being “involved” in City coverage is a factor. Whatever the result, I talk and write about my football club, not that I am complaining. In the old days I would sulk after a bad result, of which there were many. But there was no social media to drag me further into the abyss, no deep dives into every match, every player. And there were distractions. The other season City lost 2-0 at Stamford Bridge, but I had a comedy gig to enjoy immediately after. Not only did that help me forget about the result, but it prevented me from more rubbernecking online. The old days were easier for other reasons, away from a world of wall-to-wall football. In the old days, often I hadn’t even seen the match, and relied on newspaper match reports as a guide. It was easier to move on. There was no banter, much less tribalism, and no constant need to defend my football club. I got sympathy rather than criticism. Nowadays I get to see every goal Burnley score. And of course every second of every City game. And my club is Satan incarnate, apparently.

I constantly tell myself that football isn’t that important, because it isn’t. Certainly compared to other things in life, even if my Twitter feed suggests otherwise on a daily basis. Nothing City do is my responsibility anyway. I didn’t contribute towards victories and defeats. I wasn’t involved in the takeover. But I cannot disconnect. It matters, and it always will.

But despite all that, the winning run will never live as long in our memory as other achievements, as we were not there. All our memories refer to events on the pitch, as we were doing nothing off it.  In 20 years’ time, we will not be sat round a pub table, reminiscing about the great winning run of 2020-21. It is an achievement for now, as it helped me through difficult times when I did not have my usual crutch, a.k.a a social life. And of course it should have helped turn the title race City’s way, so there is that. But as fans, when we choose our greatest memories, when we try to rank what meant the most, the top choices will surely revolve around a shared experience.

This is not an ode to match-going fans, it’s about the memories and cherished moments you have wherever you are in the world. Whether you saw the Aguero goal in the ground, in the pub, in your front room with family, or a dusty taverna in Mexico. The best memories are communal, and a pandemic robs you of much of that. There has been a greater online connection over the past year perhaps, but it is not the same. It is a stop-gap. And football naturally plays out better in front of a crowd, as any sport does. It’s not just that you or I was not there, it is that no one was there. If Phil Foden had run to the City fans after scoring the 4th goal at Anfield, then you have right there a more iconic moment than if he wellies in the ball in an empty stadium.

And it’s OK to separate City’s achievements this season so far into two different categories, this tale of two Cities. A winning run that was both one of the greatest achievements of a City team, and also something that will not live long in the memory. Perhaps I am being unduly harsh on how City’s league season will be remembered, but for me a (successful) day at Wembley is worth more than 20 games watched at home, alone, games played out with fake crowd noise and the embarrassing squeals of players due to a scuffed shin pad. One hug in a random bar after a big goal is greater than winning at Anfield at last but with no one there to witness it in the flesh. What this team has achieved over the past three months should always be remembered, for the magnificent achievement it clearly is. I would argue that to put together such a winning run during a pandemic trumps doing so during a normal season. And I will always retain a great admiration for all those who helped make it happen, who made waking up on 21 humdrum lockdown mornings more enjoyable. But I will hold many emotions back for when I can return to normality. When a goal is celebrated as a group, when I can once more stream out of Wembley with a grin on my face anticipating all the £6 London pints ready to be drunk. Hopefully those days will return very soon. When new memories will be formed, and cherished without any caveats, without an asterisk in sight. 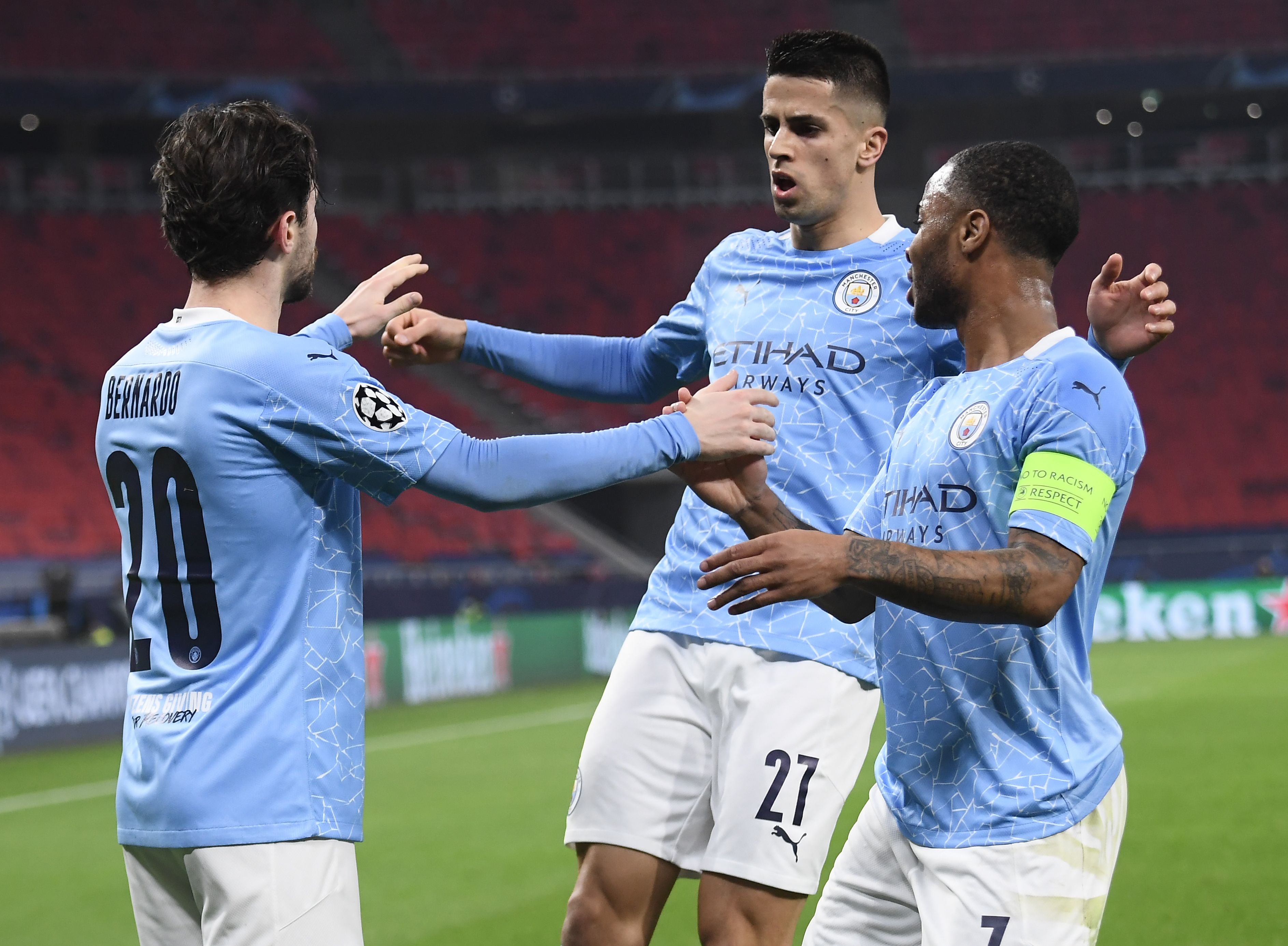