Why A Move For Thiago Makes Sense

By Dan Larsen | 08 July 2020
Dan looks at the stats to show that Thiago could be perfect for City.

With David Silva departing the team shortly, Manchester City are arguably a midfielder light as they look ahead to the 2020-21 season. Though Silva’s direct successor in his position is already on the roster in Phil Foden, something manger Pep Guardiola has said publicly multiple times, the team will still need to look the transfer market to find a sixth midfielder to round out their squad depth in that area of the pitch. Though some rumoured options have been thrown out there, such as Aston Villa’s attacking midfielder Jack Grealish, nothing looks imminent on this front with the summer transfer window set to heat up.

One man who may make a lot of sense for City to explore as an option in this position has recently become available: Thiago Alcantara. It looked as if Liverpool may be close to reaching a deal with him over the weekend before cold water was poured on those rumors (for now). Though such a move would buck City’s recent trend and preference of buying young promising players versus established stars (he’ll turn 30 this November), and there would be additional risk involved with such a move due to his injury plagued past, a move for him may be worth it.

Thiago has been, when healthy, one of the best deep-lying midfielders in world football. His ability to create chances from the holding role, while also completely controlling the game through his hold-up play and crisp distribution, made him one of the favored options for Pep Guardiola in Guardiola’s final season in charge of Barcelona. Since then, his mastery of the fundamentals of the position have only gotten better. He’s averaged between 1.3 and 1.8 key passes per game in every league season dating back to 2013-14, which was his first season at Bayern Munich. He’s completed over 90% of his passes per game in all but two seasons during that spell as well, even in seasons where his total attempted passes ranged between an incredible 67 and 95 attempts per game. He’s also become a master at long ball passes, helping work as the transition point for successful counter attacks and direct play through tightly packed defences. That level of distribution and control is rare, which helps to explain why Thiago has continued to be a core starter in one of the world’s best club sides despite having suffered some major injuries during his tenure there.

Beyond his passing, Thiago has also put up elite tackling and interception numbers on an annual basis. He averaged between 2.4 and 2.9 tackles per game in the previous four league seasons to this one. Even this season, his tackles per game finished at 1.9 in the league. For context, his tackling stats were in the same ballpark as Rodri’s from his final two seasons at Atletico Madrid, and is a half of tackle per game better than Rodri’s current average in the league at City this season (1.4 per game). His interception numbers have also been elite, seeing him average between 1.3 and 1.9 interceptions per game over his past five league seasons. His incredible ability to read the game and anticipate what his opponents will do has allowed him to work as a breaker of opponent’s attacks, especially when teams attempt to counter. There are few players in the world with a higher footballing IQ than his.

In terms of deficiencies, there are very few in his game. He’s never really been a goal scoring midfielder (his best tally in a season is six in the league in 2016-17), but that’s not been an issue with him playing deeper in the attack. His assist tallies have not been eye-popping either, though his key passing stats suggest that has less to do with his ability than his teammates failing to take the chances that he’s created, and the role he’s been asked to play. He does, however, lack pace. As we’ve seen his season, that’s been something that City has struggled with, both in the centre of their back-line and in the holding spot. Like Guardiola has done this season with Rodri and Gundogan at times, it is likely that City would have to play him with another deep lying central midfielder and/or inverted full-backs to limit their exposure to quick counter-attacks if he were to join the club.

Though a move for him seems quite unlikely, bringing Thiago in would make a ton of sense for the team. Given his age and skill-set, he’s the ideal sixth midfielder to rotate into the side. He’s capable of manning either midfield position (attacking or defensive) quite well. His injury history also suggests that he’s someone that wouldn’t need to start 40-50 games every season. That makes the balancing act of keeping everyone happy with their playing time easier than if City were to target a much younger player like Grealish who is more likely to expect consistent playing time. He’s also had a solid relationship with Guardiola, both from his tenure at Barca and at Bayern. He could be an ideal mentor for someone like Foden to continue to learn from.

We’ll see what the next couple of weeks will hold, but City would be hard-pressed to find a better midfield replacement for David Silva this summer than Thiago. 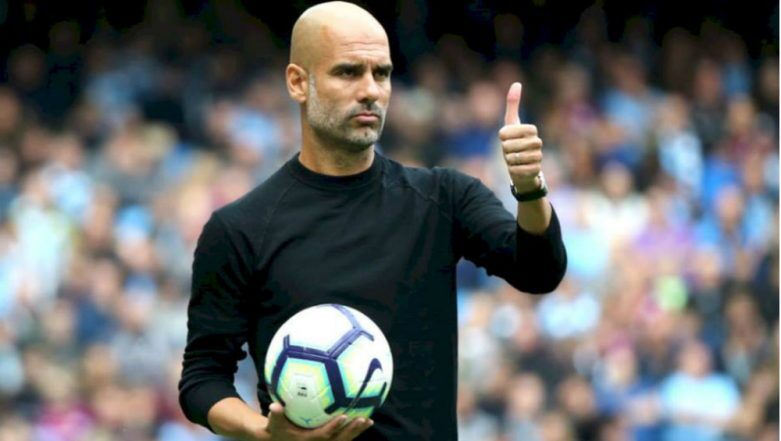