By Dan Larsen | 12 February 2021
Dan looks at the vital contribution Rodri has made in the past couple of months.

It’s official. After hammering Swansea City 3-1 on Wednesday afternoon in the FA Cup fifth round, Manchester City have now overtaken Arsenal and Preston North End for the longest winning run ever (15) by an FA top division side.

During this record-setting run, we’ve begun to highlight some of the key contributors to the team’s success. Just two weeks ago, I brought attention to the incredible run of form that both Ilkay Gundogan and Joao Cancelo were in. That’s something that’s only continued to show through in the matches since, with Gundogan, in particular, coming through with two more clutch goals against Liverpool over the weekend.

There are several others worthy of praise as well. Raheem Sterling and Phil Foden have been in elite form for a while, with both playing a pivotal role in ending City’s decades of struggle at Anfield this past weekend. John Stones has reminded us, over the past three months, of the world-class central defensive play he can provide when fit. Ruben Dias’s signing, and his subsequent impact at solidifying the City defense, should have him in the discussion for PFA player of the season, something that former Liverpool legend Jamie Carragher recently highlighted.

One player that hasn’t gotten as much attention, however, during this winning run, but should have, is Rodri. No one arguably drew as much ire from the fans during City’s early season funk as him. Often looking outmatched, especially when teams attacked on the counter, and providing little in the attack for a side struggling to create, there was real doubt beginning to creep in as to whether he could be the long-term answer in the holding midfield role that the team were hoping that he would be when they brought him in nearly 18 months ago. I was one of these people. Even as late as mid-December, after City drew at home against relegation-threatened West Brom, I was questioning whether he should remain the first-choice option.

Since that time, though, Rodri has been absolutely immense. As the team collectively grew into better form, Rodri’s real talent has begun to show through. It started with an elite performance at Stamford Bridge to open the new year. After struggling initially in the first 15 minutes of that fixture, he recovered to have an absolutely top-class performance in every respect. He dictated the flow of play in the attack, leading the team with 108 touches of the ball and completing 89% of his team-high 91 passes. In defence, he absolutely stifled everything that Chelsea tried to do, especially on the counter. He finished the game with five tackles, two interceptions, three clearances, and three aerial duals won. It’s no coincidence that City put in what was, to that point, their most impressive victory of the season given his play that evening.

He followed up that top performance with several more. In their home fixture against Aston Villa, another excellent attacking side, Rodri put in a man-of-the-match performance. Like the Chelsea game weeks earlier, he was the key cog in City’s dominance. He racked up a team-high 108 touches (tied with Joao Cancelo), completed 87.8% of his 90 passes, and contributed four key passes overall. Defensively, he won four tackles, one interception, four clearances, blocked one shot, and won an eye-popping NINE aerial duals throughout the match. He not only controlled the flow of the attack, but he absolutely shut down Villa’s very threatening options on the other end of the pitch too. That led to him posting his season-best 9.29 form rating in that game.

Rodri was also an unsung hero in City’s 4-1 drubbing of Liverpool this past weekend. In the first half, in particular, when Liverpool was having long spells in possession, Rodri put in several key challenges that contained or negated threats. He also helped spark a couple of City’s early counter-attacks, and he dealt with the pressure that Liverpool’s press put him under superbly.

One last performance worth highlighting during this run was his performance on against Swansea City. Before coming off injured, Rodri was arguably the best player on the pitch. He assisted two of the three goals that Manchester City scored on the night, generated a team-best six key passes, and he completed 98.8% of his 83 passing attempts. It was yet another example of Rodri absolutely doing everything you could ask for in a midfielder.

We’re beginning to see, as these recent games demonstrate what Rodri can really provide. With the team now collectively playing to his strengths, we’re seeing him rack up the kind of dominant performances in the centre of the pitch that City were hoping they would get.

Defensively, he’s playing at an incredibly high level at the moment. With the team now tracking back and defending as a collective whole, we’ve seen Rodri put in much better situations than he was earlier in the season. He’s no longer being left isolated where he’s facing two or three attackers, in-space, on counters routinely. Virtually no holding midfielder could excel under those circumstances. His ability to consistently win duels, especially in the air, has enabled the team to quickly stifle attacks and negate the kinds of chances that teams were routinely creating on corners and set pieces just a few months ago. He’s also playing more confidence, though, when he has been left in 1on1 situations, with the result being him sweeping up counters consistently. This can also be chalked up, in part, to the center of the defence behind him being much more consistent than what he had supporting him in the past.

In attack, we’re seeing him control the pace of play in the way that Pep Guardiola would expect his holding midfielder to do. He’s been as sure-footed with the ball at his feet as you could ask for. As the team has gotten more comfortable playing on the front foot, and gotten more progressive in the attack generally, he’s also been freed up to play more progressive passes, something he has done superbly in some of the games we discussed above. All of this has allowed him to demonstrate the elite level of play he was always capable of.

We’ll see if Rodri will be fit for the key fixture this weekend against Spurs (he trained on Thursday). Here’s to hoping that he is. He’s been an unsung hero in City’s historic winning run. 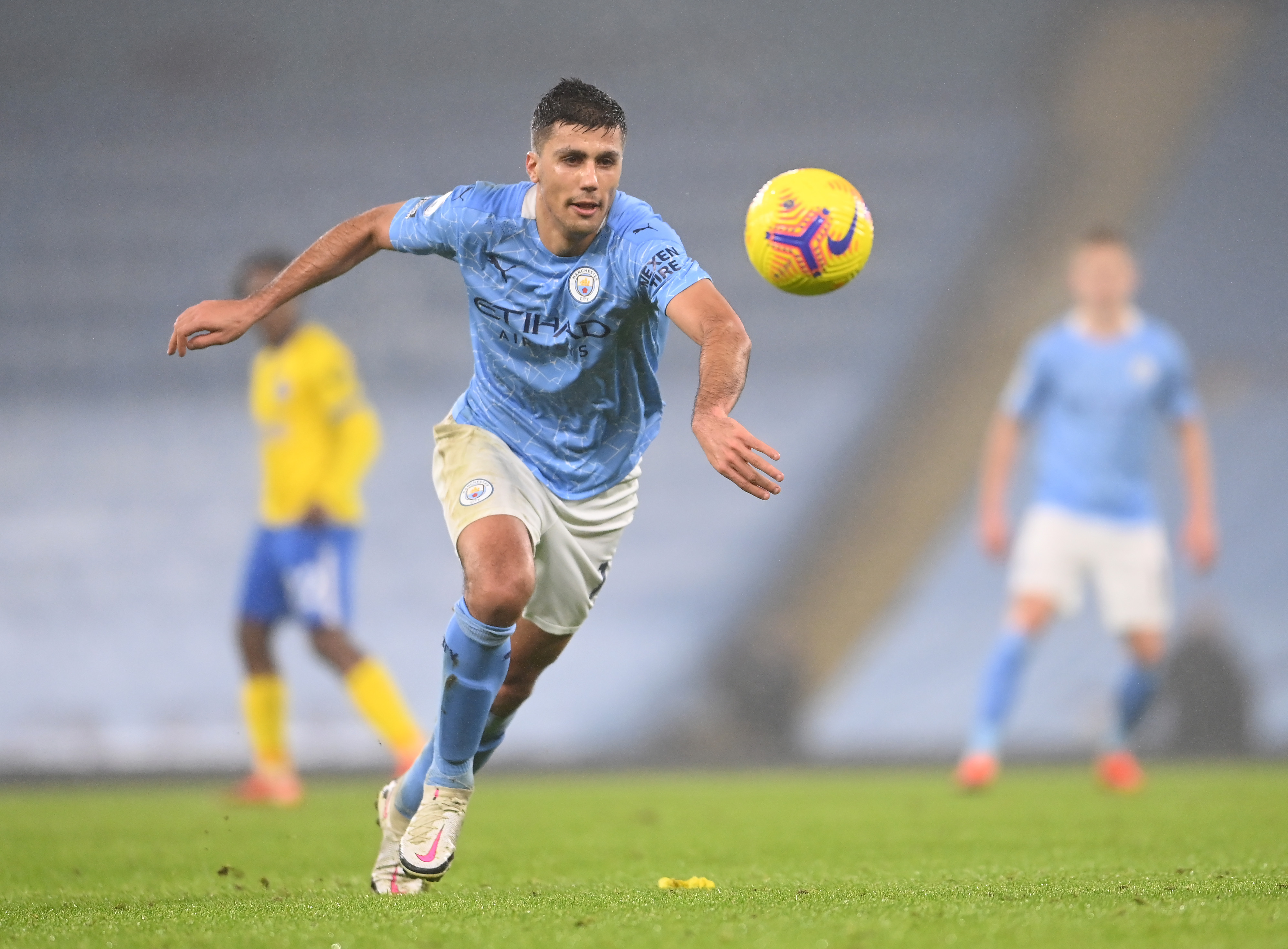