THE MYTH OF MANCHESTER CITY'S DOMINATION.

Now that we’ve reached the final international break of the season, I thought it was worth discussing the chatter that’s emerged surrounding Manchester City’s standing in the league. As most City fans know, a narrative has come about, both among rival fans and in parts of the press, that the club are essentially “ruining” the Premier League as the club are on the verge of winning their third title in four seasons. It’s a familiar story because this isn’t the first time that we’ve heard these claims being made either, especially by prominent footballing pundits.

This narrative first gained steam two years ago after the club became the first English side since Manchester United last decade to win consecutive league titles in 2017-18 and 2018-19. The level which City reached during those two seasons, in particular, played a part. The team first shattered the EPL points record by becoming the first English side to reach 100 points in a 38-match season. Their title defence then saw them post the second highest points total (at the time) ever (98), a mark that would be surpassed by Liverpool last season (99). Their two-season average of 99 points was an achievement that even Pep Guardiola’s historic Barcelona sides failed to pull off. City had just achieved what might have been the best two season league run that any club has ever pulled off, and they did it while holding off a historically great Liverpool side in their title-defending season.

Of course, this narrative immediately lost its momentum last season. With City essentially conceding the title in November after a loss at Anfield, and the team finishing 18 points off the eventual champions who, at one point, looked like they may blow by City’s points record, those who had a bone to pick no longer had a reason to pick a fight with the team. That anger would soon turn into mockery too after the club started this season in a terrible fashion. In fact, it was just four to five months ago that many were cheering on what they thought was the end of the Guardiola-era of dominance of the Premier League.

Yet, here we are, at the end of March, and this narrative has made a roaring return. City’s historic 21 game winning-run saw them jump from mid-table to double-digit points ahead of second with just eight fixtures left. Nothing like a little history making run to help refocus the senses of those who despise the team! For all intents and purposes, the Premier League title race is done as we await the final stretch of the season, and that has drawn the ire of opposing fans and footballing pundits alike. That anger has only grown stronger as City still have an unprecedented opportunity to win a quadruple.

Though City fans should rightfully not care what anyone has to say about the club, it is worth addressing this claim that City are destroying the competitive nature of the league. Let’s first start by looking at the context of what has happened this season in the league and it how it compares to past Premier League seasons.

Many have pointed to City’s double-digit points lead over Leicester City and Manchester United as proof that their ruining the league. The blame for the lack of competitiveness in the title race, however, should be directed at City’s competitors, not them. Take the points pace that the teams are currently on.

City have taken 71 points from 30 games, an average of 2.37 points per game. If City continued at that pace over their remaining eight fixtures, they would be slated to finish on about 90 points.  Historically, 89 to 90 points has been where many title winners have finished. 10 of the winners of the Premier League, since the league was created in 1992-93, have finished with at least 90 points, nine of which have occurred during a 38-match season (36% of 38 game seasons). Several more (four, three since the 38 match seasons started) finished just one point below this at 89. Thus, 13 of the previous 25 Premier League winners in a 38-match season have finished right where City are likely to finish this season.

By comparison, second place Manchester United have accrued 57 points from 29 matches so far, an average of 1.97 points per game. If United were to continue at this pace, they would finish with around 75 points. The only Premier League team ever that won with this low a points total was United in 1996-97. They finished that season with exactly 75 points. In fact, that three-year run, from 1996 to 1998, saw the only three EPL champions that finished below 80 points. Every other champion has met or exceeded the 80 points mark.

Recent seasons also suggest that United’s potential points total of 75 would have seen them struggling to finish in the top four at times as well. That points haul would only equal what Liverpool finished fourth on in 2017-18. It wouldn’t have been enough to finish fourth in 2016-17 or 2013-14. It’s a point total that has typically been reflective of a third-place side well off the top two, not the runners-up.

All of this demonstrates that, at least in the specific context of this season, that the narrative about City is completely without merit. City’s points haul is certainly impressive, even more so in a packed season and with the exceptional circumstances surrounding the season due to a global pandemic. They are not, however, an historic outlier when it comes to title-winners. United and Leicester, as shown, have also been well-below the level that’s been required to compete for the title in most EPL seasons.

So, what about the bigger picture narrative surrounding City’s dominance? Isn’t the fact that City are going to have won three of the past four EPL titles a sign that they’re becoming the kind of dominant force in England that Bayern Munich have been in the Bundesliga? After all, they’ve now won five titles over the past ten years!

If you go back to the pre-EPL days of the English top-flight, the Football League First Division, two decades of dominance jump out as well from another famous team in red. From 1972-73 to 1981-82, Liverpool won six out of ten first division titles. They won five out of ten in the following decade too. They managed to win consecutive titles twice during this 20-year stretch, and also won three successive league titles from 1981-82 to 1983-84. Their most dominant period ran from 1975-76 to 1985-86 as they won four out of five titles twice during that period.

What these two historical examples show is that having one dominant side in the English top-flight is nothing out of the ordinary. In fact, it’s been the norm in the top-flight for much of the past 50 years. It should come as no surprise that the most vocal fan bases about City’s rise have been the two teams we just discussed. Their clubs have gone from being the top dog in the league to seeing Manchester City potentially emerge as a similar force now. The fact that supposedly neutral pundits are spewing this nonsense though is inexcusable, especially when it comes from some who played for these very clubs during their footballing careers.

There is no doubt that Manchester City have been incredible over the past decade. The fact this ten-year run is comparable in many ways to what United and Liverpool did at their peaks speaks to just how far the club have come. However, they’ll need to pull off another decade of this if they truly want to approach the dominance that Liverpool and United once exerted over the rest of the league. May this narrative now be laid to rest. 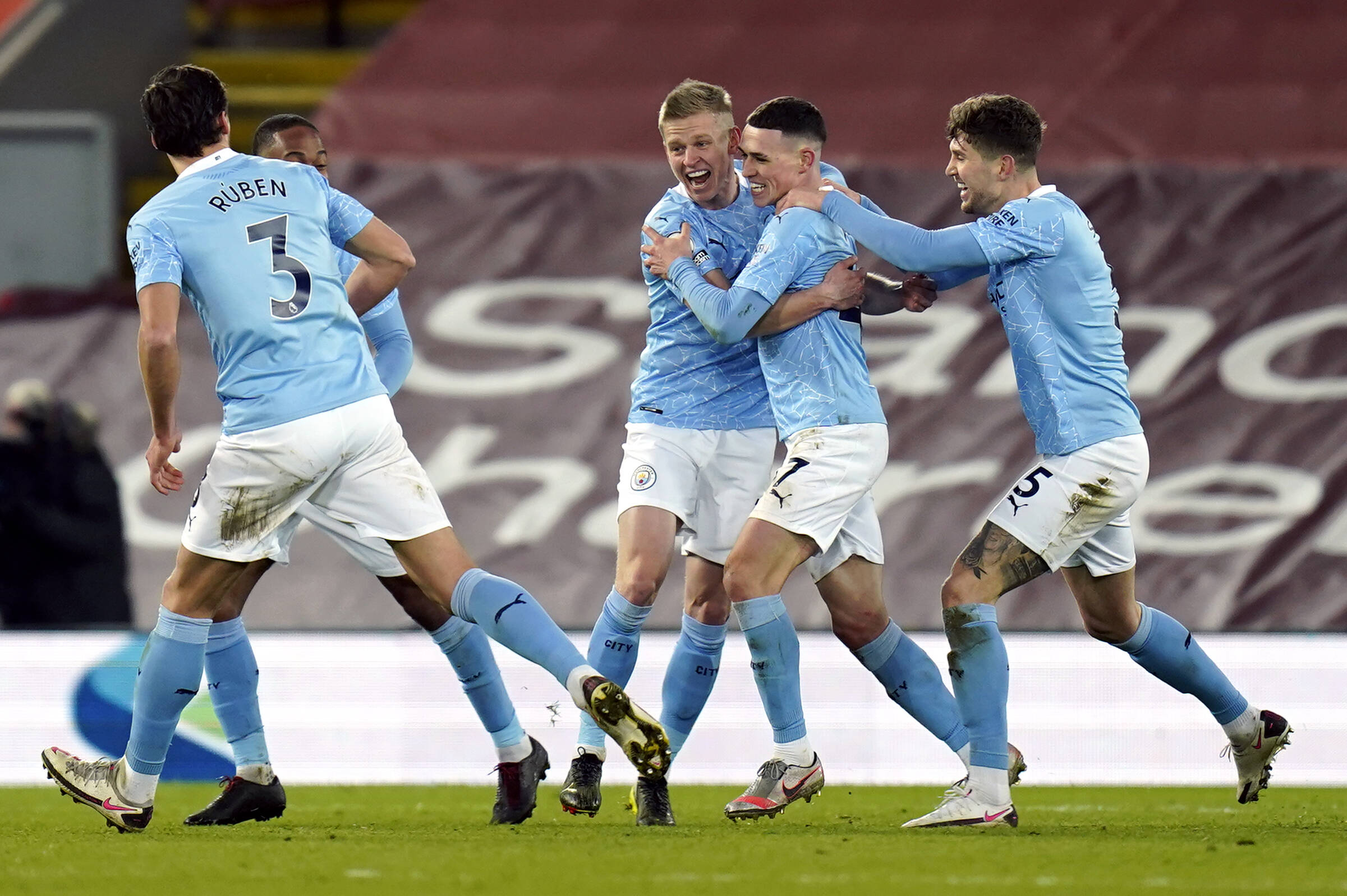