By Howard Hockin | 19 May 2020
Part 3 of Howard’s diaries from his isolation station.

It’s been two months. Two months since I went for a Sunday roast with my parents, to celebrate my mum’s birthday, kind of. No physical contact that day, and the unease and feeling that I shouldn’t be out were already very real. It felt reassuring over two weeks later to know no one had any symptoms. It was a good roast, and the Yorkshire Pudding was to die for, just not in a literal sense.

Still, two months. Doesn’t time fly? Time’s passing has never felt weirder. Those two months feel like a lifetime and yet also barely any time at all. That’s how remembering football feels too. The derby defeat seems recent and distant. Does the fact it is Sunday or Tuesday or Thursday mean anything anymore? The weekend arriving has never been more pointless, because it does not signify the end of the working week for me right now, as there is little point in me following such a rigid structure, though I do try to unwind on a Sunday.

It’s weird how it has taken a global pandemic for me to develop a real work ethic. But then, what else is there to do? I just can’t sit on the couch watching TV all day, whatever my financial situation. I can’t concentrate and shut out the world sufficiently to enjoy what is on screen. That is why I gravitate to easy-watching TV, such as quiz shows, and the marvellous Taskmaster. What’s more, I have this constant feeling every moment I am awake that I should be doing something.
Something productive, with an end result. Only when the clock ticks past 5pm or later can I wean myself away from that mind-set. And it’s good I have it to be honest. It has made me get stuff done, and being busy helps past the time.

Habits remain almost the same as before, though the bathroom scales are beginning to heave under the pressure. I’ve discovered chocolate late in life, but I reckon it will be easy to wean myself off it pretty easily. I’ve had to buy crisps I don’t really like though so that I do not eat them all within a day. So tomato and beef-flavoured snacks it is then, the ultimate sacrifice. Why would you choose such crisps when salt and vinegar Discos exist? People are weird.

The discipline is waning with many, it is clear to see. It’s understandable, but we cannot relax, not for a moment. Not even as the right-wing billionaire newspaper owners push to send people out to their possible deaths, because from their tax havens they are feeling the brunt financially of a lock down. I hear some are down to their last 10 billion pounds or so. Tough times. Apologies for all you Murdoch fans out there for that rant. Of course many of you are close to needing to get back to work, or are already at that point. I really feel for you, with tough decisions ahead. Wear those masks, wash those hands and stay alert, whatever the fuck that is supposed to mean.

I still mutter under my breath at every other human being I encounter on my occasional walks, but I have lowered the bar on what annoys or angers me. My basic understanding of this virus is that it is at its most destructive indoors. It will be a long time before pubs and restaurants can be frequented without being on edge. Outdoors, the risk remains, but it is not as great. Walking past someone a metre apart is not really putting you at risk, not that I have done this anyway.  People sunbathing in a park is not spreading the virus, whatever the rights and wrongs of doing so are. If people do not touch people or congregate with people that do not live with them, this thing will subside, slowly. Of course trusting people to do this when some think the whole thing is a hoax, is easier said than done. I hope those people will refuse NHS care should they subsequently catch the Coronavirus. Only fair, after all. I see no reason for a single nurse or doctor to be put at risk due to their actions. But of course back in the real world, they will be.

My breathing is as erratic as ever when out. Because a minority of fuckwits still struggle with the concept of social distancing, I have continued to hold my breath when walking close to another human being. Because I am stupid I often do it the wrong way round, breathing in as they go past, before breathing out once I am in the clear. I also am paranoid about joggers’ slipstreams, which has almost got me run over on more than one occasion. And in all my time out walking, one single jogger has diverted from their course to accommodate me on the pavement. Apologies for getting in the way of your far more important essential exercise. The one that did alter his course only did so because I refused to. He blinked first. As for general anxiety levels, they have been OK, though there is a randomness to them. I’m donating blood on Thursday, which is not helping to be honest.  I considered cancelling, but my blood type is as rare as a successful City corner, and is used for babies (so their texts tell me) so needs must.

The man that has been sitting on the wall outside has disappeared again. I think this can be linked to the weather, so expect him to return midweek. Strangely he has been replaced by a woman who does not live in my block of flats. Every day, seemingly as a break from whatever daily journey she is making, she sits on the exact same part of the wall, and looks at her phone for fifteen minutes or so. And then off she goes, slowly and seemingly in some discomfort. Maybe the elderly gentleman has left his scent. Apropos of nothing, it pains me to look at people who might need assistance in some way, and realise that I can’t even get close to them should that be the case. What a strange time to be alive.

The Friday night Zoom quizzes continue, though my immense intellect (hmm) cannot compensate adequately for me being part of a one-man team. Winners host the following week’s quiz, so it seems I’m safe on that front for a while, though I actually like hosting a quiz as much as participating in one. The hair situation has deteriorated significantly. In a fit of pique I chopped off clumps of hair down the side, but cannot reach the rear, meaning there are big discrepancies in hair depth across the skull as a result. I guess it doesn’t really matter right now. I’m one step away from shopping in my pyjamas after all.

The discipline has gone regarding money too. I can afford to lose discipline, as like you all I will have no social life for the foreseeable future, will probably recoup close to £300 in football tickets alone, have forfeited a holiday abroad, a hundred pub sessions at least 10 gigs and I can’t even pop out for some Monster Munch. But still, the constant prison-like scenario has led to me considering increasingly novel ways to spend some money. Because spending money feels good. It gives me a buzz even if I am buying a bird feeder, because receiving a delivery is often the highlight of the day.
So what will the next purchase be? I am weighing up the options. A selection of pies from the guy that supplies City on match day. A cheese selection from a producer in Somerset.  A new jacket, for 2021. Booze, obv. A shirt, a jumper. Jeans. A box of crisps. Paint.
As for what has already been bought, I now possess a snazzy (and expensive) sky blue pedal bin for the kitchen, which now compliments nicely my blue toaster and kettle combo. A full duvet set has turned up too (sky blue sheets, sad), a meat thermometer, a selection of sauces and a nice topside of beef. But most importantly, a copper frying pan too. And things are turning up that I have no recollection of ordering, as if I’ve returned home drunk at 3am and gone straight onto eBay. Today, the item in question was a 500g bag of Southern Fried Chicken mix, apparently ordered off Amazon. News to me.

Of course, there is a major talking point this week. The football is back. In Germany, not that it ever went away in Belarus, and who of us doesn’t like to follow that particular league? My twitter feed was entirely predictable as the games progressed. We’ve all made our minds up on this, so what were we expecting to change when the games took place? Some simply want games played or not played because of tribalism, so will decide on those lines whether games behind closed doors are acceptable or not. No one was expecting the football to be amazing. There’s just a desire to finish the season. Needs must, maybe. That’s a matter of opinion of course. But for me, any football is better than none, even if it is just background noise, though my doubts remain on the safety side of it all, and I simply don’t see the urgency to restart. But start it has, and my opinion counts for nothing. It is utterly soulless, no doubt about it, but as already said, we’re all just witnessing a box-ticking exercise right now. There are stakeholders that demand these games happen, or else. I’m glad now that there is little for City to play for in the league, should it ever resume. Because watching games under these conditions when there’s something on the line, would be weird and difficult. Possibly doing it alone would not help either. Football may or may not be nothing without fans, but it’s certainly diminished without company. The craic is nearly everything. But for now, this is the new normal.

And so onwards with another week. The supposed lock down will be loosened irrelevant of how many more people die, that much seems obvious. Pencil 1st June in your diaries. Whatever the government proclaims does not really matter, it changes nothing. We should all know by now the dangers and the risks that will remain for the foreseeable future. How we act will be altered for the rest of the year and beyond. But perhaps there is a glimmer of light at the end of the Covid tunnel. Until then, I will watch more people sit on walls, take walks down the Mersey, feed the ducks, increase in weight, wash my hands until little skin remains and stick to the same old routine. And hope that soon, things will be better. Oh my, that first pint….. 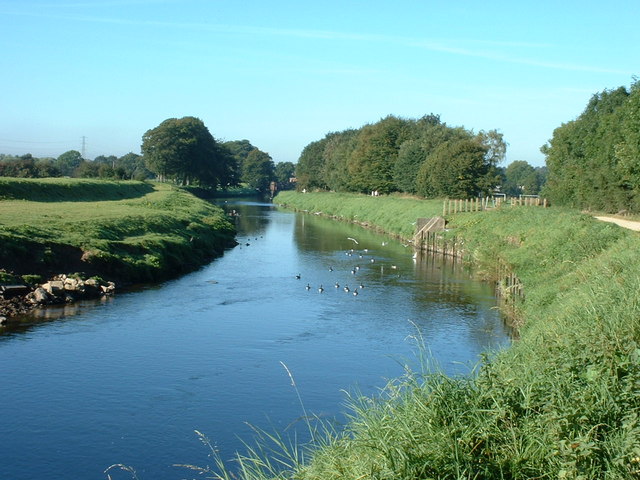