The Countries Of Manchester City Players:- A.

By Sie Barlow | 15 February 2021
In the first of a series of articles, Sie takes a look at Manchester City players from around the globe – starting with the letter A.

Few could have predicted when Canadian Walter Bowman represented the club way back in 1893, with the club still a year shy of being renamed Manchester City, that over the years an influx of foreign players to these shores would become the norm. Indeed the club as well has grown from one representing a community to a now dominant global force, in no small part due to the investment in the infrastructure from City Football Group, who themselves have also amassed a footprint in football on a global scale with the addition of a worldwide stable of clubs to which they seem to be continually adding.

People from all four corners of the globe (yes, I know that’s technically an impossibility) now tune in each matchday to watch the action, and for many they also see their nation or continent represented each week in the Premier League. In this series, we take a look at some of the more successful, and some of the lesser known, foreign imports who have worn the famous sky blue. From the Algerian influx to the “one and only” Zimbabwean, scorer of a pretty famous derby goal and a less famous testimonial one, superstars such as David Silva to the lesser spotted Yasser Hussein, we will look at some of the imports from each country in turn.
Today we focus on those countries beginning with A.

As soon as you think of Argentina, the mind races to Sergio Agüero and that goal. For many, him and fellow compatriot Pablo Zabaleta are true club legends. As well as both scoring in the 3-2 victory over QPR that changed the tide of fortune for the club, between them they have also amassed over 700 appearances in sky blue, not to mention Agüero also becoming the top goal-scorer in the clubs’ history, surpassing the 177 scored by Eric Brook with a goal away at the famous Stadio San Paolo against Napoli back in November 2017. And but for injuries, he would undoubtedly be higher than 4th place in the all-time top goal-scorers in the Premier League, at least 3rd and maybe even 2nd behind England hero Alan Shearer.

Since his arrival at City, Zabaleta becoming the first back in 2008, as he joined from Espanyol pre-takeover, few could have predicted the young defender would become a mainstay for the next 9 seasons as well as lifting several trophies. Since then, a further 6 Argentine players have been in action for the blues. Perhaps the most infamous was the arrival of Carlos Tevez, who made the switch across the City back in 2009, leaving the red half fuming. This led to a now famous advertising hoarding mocking our near neighbours, as he became the first player to switch allegiances since Terry Cooke back in 1999, although this was a far more high-profile switch. The Argentine striker is a true marmite player, one you love in your ranks and hate on the opposition, and one never to shy from controversy, missing paperwork at West Ham, and from the RIP Fergie sign to taking a golfing sabbatical during a fractious relationship with Roberto Mancini during his time at City. Despite all this, he was still instrumental in helping the club to their first Premier League title, before eventually setting sail to Italy to join Juventus.

Other worthy mentions include Nicolás Otamendi, a player who divides so much opinion between fans, but again a mainstay and key figure during the success of the last decade with the club, including 34 Premier League appearances during the Century season, and who could forget Willy Caballero and Martín Demichelis, seeming apples of Manuel Pellegrini’s eye. Caballero became somewhat of a cup specialist, especially during penalty shoot-outs, while the divine ponytail Demichelis enjoyed over 100 appearances after making the switch from Atlético Madrid, despite not appearing for the Spanish club (shades of Didi Hamann, but I’m sure we’ll get to him).

Of far less success was rangy midfielder Bruno Zuculini, who was sent on a raft of loan deals before eventually being sold to Italian side Verona back in 2017 at a loss after failing to impress. And then there was the curious case of Gerónimo Rulli, who was signed by but never appeared for the club, instead being loaned straight back to Real Sociedad before they then bought him back for a pre-agreed fee, with City then having a further purchase option.

Heading down under, City have also had several antipodean representatives over the years. A theme was started when tough tackling full back Jason Van Blerk joined the club on a free from Millwall back in 1997, under Frank Clark. Next up came Danny Allsopp, who went on to make 30 league appearances for the club, scoring 4 times as the club climbed back from the depths of League One to the Premier League, although Allsopp spent a fair amount of time loaned out during the ascension. Far more involved was Australian international Danny Tiatto, a tough tackling full back (where’ve I heard that before) who came in from Swiss club Baden. Winning the Player of the Year award during his time with the club, the fans loved his no-nonsense attitude and aggressive style far more than English referees. Of far less success was Australian centre-half Simon Colosimo, who made just 6 appearances after joining from South Melbourne.

More recently, with City Football Club acquiring Melbourne Heart and rebranding them as Melbourne City, the club have once again enjoyed a renewed influx of Australian signings, albeit on paper rather than grass. Players such as Luke Brattan, Anthony Cáceres, young talent Daniel Arzani and Aaron Mooy, who netted the club a very tidy profit, have all made the switch to the Etihad without ever representing the club in earnest.

Many of the younger fans no doubt immediately think of winger Riyad Mahrez, a shock Premier League winner with Leicester City before joining the blues, when thinking of North African country Algeria. For the rest of us, however, there can be no comparison to the mercurial midfield genius Ali Bernabia, who came in on a free from PSG back in 2001. Such a perfect fit as a player for a swashbuckling Kevin Keegan side, watching him was mesmerizing as he tore apart clubs in the First Division (Championship). There was no surprise when he picked up the player of the year award, nor when he earned recognition from his fellow pros in the PFA Team of the season as the club cruised to the title scoring over 100 goals. He sadly found the pace of the Premier League more challenging, but was on hand to make his final bow as the club played their first game at the Etihad with victory over Spanish giants Barcelona.

Keen to repeat the success, another former PSG player, right midfielder Djamel Belmadi was brought in on loan from French giants Marseille after falling out of favour with his club. However, he failed to live up to the same expectation, making just 2 starts and 6 substitute appearances, including the final league game at Maine Road, during his time with the club, although he would eventually return to England later in his career to represent Southampton. Karim Kerkar failed to appear for the club, while winger Djamel Abdoun would play just once, a substitute appearance in the FA Cup against Southampton, before Mahrez became the 5th Algerian to sign for the blues when he made the switch from Leicester in a £60 million deal, making him the City record transfer and most expensive African footballer at the time.

Mahrez had initially hoped to join the club in the January transfer window, but after the clubs failed to agree a fee, and Mahrez in turn abstained from training for his side, we eventually did the eye watering deal in the summer. Since joining, Mahrez is another who has divided opinion among the fans, with some loving his attacking style and undoubted skill on the wing, while others see him more as a luxury we didn’t need at the time and question his decision making on keeping possession. Despite all this, he continues to appear regularly for the blues, hitting a best return 13 goals last season as the club failed in their defence of the Premier League, and has picked up 4 trophies with the club. Mahrez was also an integral part of his nation winning the 2019 African Cup of Nations, including scoring a late winner in the semi-final. 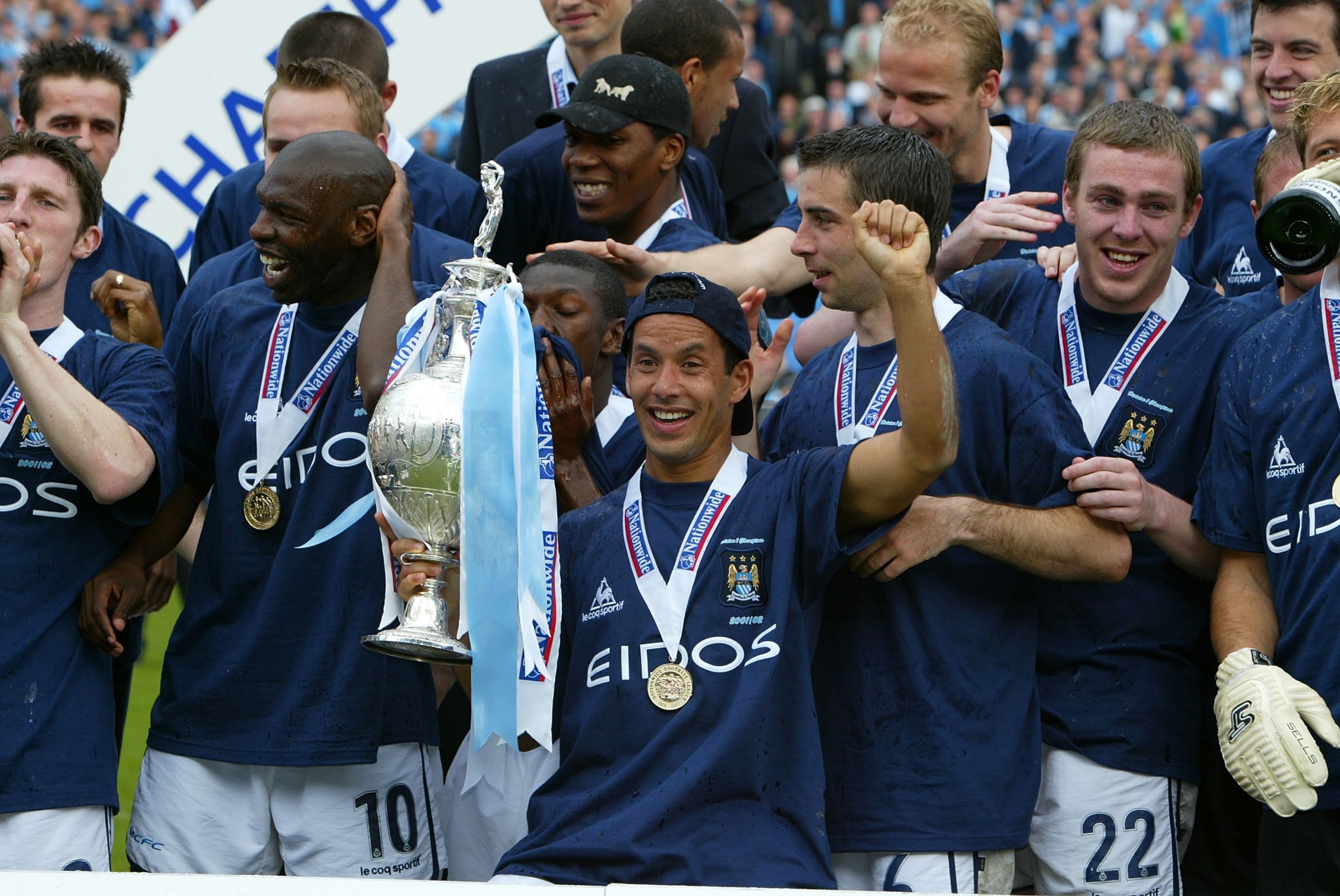