Twas the night before Christmas, when all through the house not a creature was stirring, not even a mouse.
The stockings were hung by the chimney with care, in hopes that City’s home shirt soon would be there.
The children were nestled all snug in their beds, while visions of double pivots danced in their heads.
And Mama in her ‘kerchief, and I in my cap, had just settled our brains for a long winter’s podcast.
Though we would have to move fast……

As out on the roof there arose such a clatter, I sprang from my bed to see what was the matter.
Away to the window I flew like a flash, tore open the shutter, and threw up the sash.
The blue moon on the breast of the new-fallen snow, gave the lustre of midday to objects below.
When, what to my wondering eyes should appear without delay, but a leaf blower and eight tiny reindeer pulling a sleigh.

With a little old driver, so lively and quick, I knew in a moment it must be Nick.
From Trafford council.

More rapid than Rodri, his leaves they swirled, back to where they were, and he whistled and shouted and called them by name: “Now horse chestnut! Now oak leaves! Now willow and beech! On, headphones! On, goggles! On, blower, at full power! Moving the leaves in a pointless circle, for ten pound an hour. To outside the podcaster’s window! To pile the leaves by the wall! Now dash away! Dash away! Dash away all!”

But the joke was on him, with all this din.
For the podcast recording was yet to begin.

As dry leaves that before the wild hurricane fly, when they meet with an obstacle, mount to the sky.
So up to the house-top they flew, with the sleigh full of leaves, and Nick too.
From Trafford council.

It was weird to me he had arrived in a sleigh, as he normally came in a van.
Then I heard he had fly-tipped some leaves and got a driving ban.
So instead he came in a sleigh
As his reindeers pooped all over the bay.

There was Shauny, Sergio, Thingy and Yaya. Stonesy, and Fern too.
Vinny was the leader of the pack, and carried the odd prang.
Not forgetting daviid, the coolest of the gang.

And then, in a twinkling, I heard on the roof the prancing and pawing of each of the council worker’s hoofs.
As I drew in my head and was turning around, down the chimney Nik came with a bound.

He was dressed all in fur, from his head to his foot, and his clothes were all tarnished with ashes and soot. I don’t know why, I didn’t write all of this.
Chimney’s not in use, so, you know…..makes no sense?

Anyway, a bundle of toys he had flung on his back, and he looked like a peddler just opening his pack.
He did not mince his words, his style as blunt as City’s attack.

His eyes–how they twinkled! His dimples, how merry! His cheeks were like roses, his nose like a cherry! Imagine the brightness of his eyes, as if this very podcaster had just received an unexpected box of scampi fries.
His arms were like the trunks of a tree, from months of blowing around every leaf that he did see.
It was a strange irony, that his machine both did blow and suck.
And would soon be destroyed, with any luck.

But here he was, in my humble abode, having ensured that not a single leaf lay still in my road.
His droll little mouth was drawn up like a bow, and the beard on his chin was as white as the snow.
The stump of a pipe he held tight in his teeth, and the smoke it encircled his head like a wreath.
He had a broad face and a little round belly, that shook when he laughed, like a bowl full of jelly.
A proper grizzler bert, who as already mentioned was for some reason covered in dirt.
He was chubby and plump, a right jolly old elf, and I laughed when I saw him, in spite of myself.

A wink of his eye and a twist of his head soon gave me to know I had nothing to dread.
I come here in peace.
I wish to apologise for the background noise that tarnished every podcast.
I tried to rid the grass of leaves with one big blast.
But those leaves they move so fast.
I knew that every visit would be one that would last and last and last.
So I am here to say sorry. About blowing enough leaves to fill a lorry…..erm, something, something quarry.
I’ll fill that in another time, when I learn proper how to rhyme.

But it was clear he was not here just to talk of leaves, or discuss  the M33 Facebook page’s talk of local thieves.
There was also talk on there of a missing cat. I’d be lying if I said I’d be looking out for that.
I mean they live outside anyway for fuck’s sake, how am I going to spot a missing cat?!

He spoke not a word, but went straight to his work, and filled all the stockings, then turned with a jerk.
And laying his finger aside of his nose, and giving a nod, up the chimney he rose.
He sprang to his sleigh, to his team gave a whistle, and away they all flew like the down of a thistle. But I heard him exclaim, as he drove out of sight, “Happy Christmas to all, and to all a good night!”

A smorgasbord of presents from the leaf blower named Nick.
Maybe I’d got him wrong, and he wasn’t such a……..bad guy after all.
After all he’s just doing his job.
Whilst I sit on my arse all day like a slob.
So sorry for joking about your important role.
Next year I will not be so droll.

But hang on, for Nick has one last thing to say.
Before he decides to call it a day.
Oh Howard before away I flee.
To deliver more presents around Sale, Stretford and Timperley.
I’ll be back at 8am tomorrow to trim that there tree.
I’ll bring two chippers, 8 blowers and a team of twenty three.

And so with my patience expired and Nick now out of luck
That’s when I finally told him to get to f…….

But thanks for all your support.
Even if sometimes the football was fraught.
Take care and stay safe all blues.
For 2021 let’s hope for better news.
Normal life and hugs with those you love.
A league table with no other team above.
Peace and goodwill and new goals to achieve.
And a Pep Guardiola who is happier more than you would believe.
Merry Xmas and a happy New Year everyone.
Enjoy the festive season whatever paths you choose.

And as always, up the blues! 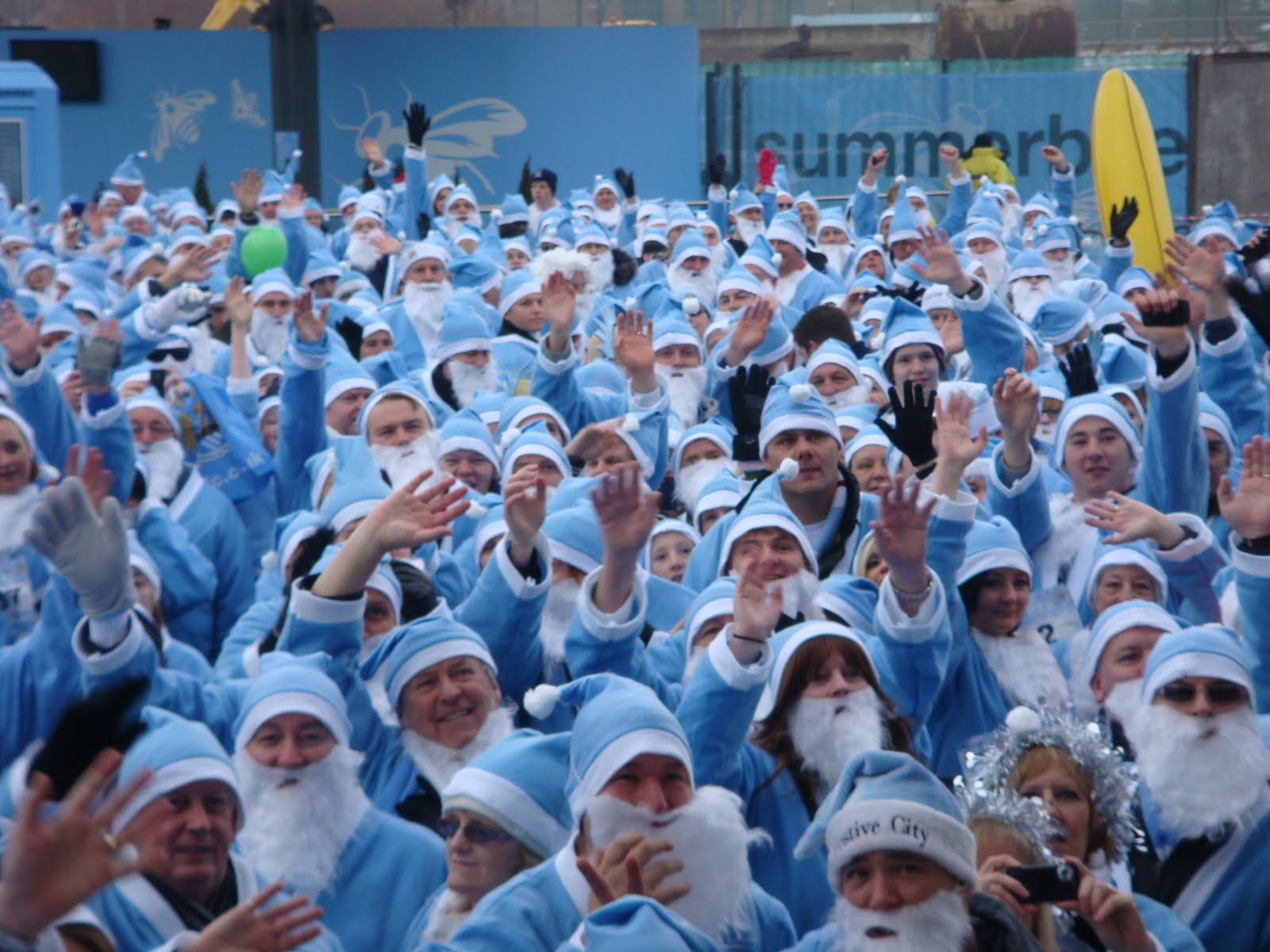