A cold evening in Sheffield and a match that won’t take up too much running time on the end of season DVD caused my mind to roam free at Hillsborough. As I watched on from the benighted Leppings Lane End, thoughts turned to Financial Fair Play again. Inspired by the 37th recitation of the “Going up, Going down” song of the evening, I noted the implications not for us, but for our opponent, a club we haven’t played much recently but in the 80s and 90s we played year after year – and more often than not, lost.

Sheffield is an important place to me. I lived and worked there, my first child was born there. The first house I bought was one of the never-ending Victorian terraces you drive past as the Snake and Woodhead passes disappear into the rear-view mirror.

As a blue on the wrong side of the hills, I also annoyed the entire local population by declaring what used to be called a “soft spot” not for one of the city’s two major clubs, but both of them. This probably explains my shortage of friends, as such an attitude is correctly treated with identical contempt by both Blades and Owls. I was gutted that work made the trip to Bramall Lane impossible so when we drew Wednesday in the Cup, the diary was cleared. I remembered with affection the outstanding team of Chris Waddle, David Hirst, Des Walker and above all the criminally underrated Roland Nilsson that won the league cup in 1991, came third in the League in 1992 and reached and lost both domestic cup finals in 1993. They were several cuts above the City team of the time and definitely the most entertaining team in the country to watch.

As always, Hillsborough is magnificent in its faded glory and gut-wrenching in its memories of tragedy. The walk from the pubs close to the Barracks, through Hillsborough Park and towards the hulking stadium is a treasure, something for the bucket list of any travelling fan. Once you are there, the stadium is enclosed by yet more Victorian housing, the River Don and the A61, the main road out of Sheffield towards Barnsley, the M1 and Leeds. To reach the main South Stand, one of the most architecturally important sporting buildings in the world, you must cross a bridge over the Don. It is one hell of an entrance.

But the visiting supporter walks past and turns right on to Leppings Lane. There’s a gap in the terraced housing on the right, an open space and a forecourt leading to what they euphemistically call the West Stand. The structure is the same. It was turned into a “good enough” seated facility 30 years ago. For whatever reason, it wasn’t demolished and rebuilt as a start of the art stand, as cutting edge as the adjacent South Stand when Archibald Leitch built it in 1903.

The West Stand – if they insist on calling it thus –  is again showing its age. It is obviously still superior in every way to what was offered to away fans in the 1980s, but it isn’t good enough for 2020. To give just one example, the giant Gents’ toilet in the top tier had a grand total of two sinks and one container of soap. Coronavirus anyone? It would also be nice if the bar areas underneath the stand weren’t uncomfortably overcrowded in this of all places and if we could hear the PA – I respect the opposition sufficiently to want to know which Wednesday player is being subbed off and which is coming on.

But when you get in to the stadium, through the cramped concourses with only the most rudimentary facilities and see the pitch, then it’s difficult not to fall in love with the place. The stadium looks classically beautiful and the steepness of the structure means that – apart from the old-school pillars holding up the roof of the stand, the sightlines are excellent. Goodison Park this is not.

But of course we know what happened here in 1989. It’s conflicting and when Aguero scores he celebrates, completely unwittingly, on the spot a lone ambulance once stood.

The thing is, Sheffield Wednesday and their fans deserve better. Was their stadium less safe than others in 1989? As someone starting to travel away with City regularly around then, I am not sure about that at all. But they are imprisoned by a tragic history, a beautiful and historic stadium in a striking but logistically challenging location. They also have, on last night’s evidence a team capable of sustained hard work and concentration but lacking the quality to break out of mid-table in the Championship.

So how can Wednesday, League Champions in 1904, the year Billy Meredith’s City won the cup and perennial rivals in the 1930s when the Blues and the Owls vied for major honours year after year, give their stadium the restoration it and they deserve and progress on the pitch?

They are going to need money. And a lot of it. The sensitive modernisation of Hillsborough looks like a 10 year project to me. All four stands need work, the planning application would be complex and the river, the road and the local residents would all present challenges. But a new Leppings Lane Stand, one that can offer a first rate safe fan experience while overcoming the difficult geography, stylistically complements the South Stand it abuts and is a fitting memorial to the 96 must be a dream commission for any architect interested in sports stadia.

Such a stand will not be cheap.  And that is where FFP comes in. Throughout their history, Wednesday have never had quite enough money. Right now they don’t have the resources to do anything beyond a patch-up job.

However, in spite of this chronic, decades, maybe even century-long under-investment, 25,000 people turn up to watch a mediocre team wander around the middle of the second tier. That’s not far off the “proof of concept” Khaldoon talked about when Sheikh Mansour bought City.  40,000 would watch in the Premier League. 50,000 would watch them if they were at City’s level. They have a very distinctive brand that a good digital marketing team could have real fun with and come from a city that might not have invented football as we know it, but undoubtedly played a central role in its development and formalisation.

That’s an attractive prospect for an investor with deep pockets prepared to invest substantially in the short term for a longer term payback. But FFP stops this in its tracks. Sheffield Wednesday would need to lose money heavily for 5 years refurbishing their stadium and building a competitive team that would attract fans to watch them live and on screens across the world.

FFP says an investor can’t do that. They can’t spend that sort of money only to continue to put average players on the pitch. The sums won’t add up in the Championship.  So Wednesday are frozen where they are, patching up the historic asset that is their blessing and curse as best they can and unable to pay better players than the spirited journeymen that gave City a decent but ultimately losing game.They have such an investor already in their billionaire owner, but can’t make full use of his ample resources, with said owner selling the ground to himself to try and circumnavigate FFP. He failed to beat the sysyem, leaving Wednesday looking at a points deduction and possible relegation. By blocking investment, FFP does not allow Wednesday fans to dream.

And that’s what it’s all about. The elite would now consider Wednesday a “new entrant” and a “disruptor”. A club formed in 1867 that was winning the League before the Wright Brothers had demonstrated heavier than air powered flight was possible, a club who saw strong teams broken up by the outbreak of two World Wars and had another fine team in the early 1960s managed by the great Vic Buckingham – the man who coached West Bromwich Albion, Wednesday, Ajax and Barcelona, gave Johan Cruyff his debut and inspired Bobby Robson to be manager – that was laid low by a bizarre match-fixing scandal.

They have been out of the top tier for 20 years now. While no-one is guaranteed a seat at the table, that is the Premier League’s loss. In spite of the notorious chapter in its history, Hillsborough is a cathedral of English football, one of the great places of the world game. It is everything Goodison Park is claimed to be, but isn’t. Without any prospect of the investment FFP specifically legislates against, they are stuck in a loop, a heritage club unable to compete with the elite on the day the music stopped and Wednesday, in part down to a failure to foresee and manage the implications of the Bosman ruling in the late 1990s, were found standing up without a chair.

And that is what FFP is about – not crushing the dreams of City – because they will probably end up having to tolerate us, no matter how classlessly nouveau riche we are, but ensuring that if we slip through the net, others don’t. There’s no point an investor restoring Hillsborough unless the same investor can put on Premier League and ideally Champions League football in it. So the door is slammed in the face of Sheffield Wednesday, and Leeds United, Aston Villa, Newcastle United and Nottingham Forest. And it will also question the viability of a beautiful, tragic stadium. Hillsborough is well worth saving. And once last night’s admittedly amusing rivalries are put to bed, we should accept that Sheffield Wednesday were worthy rivals for 100 years. And should be again. 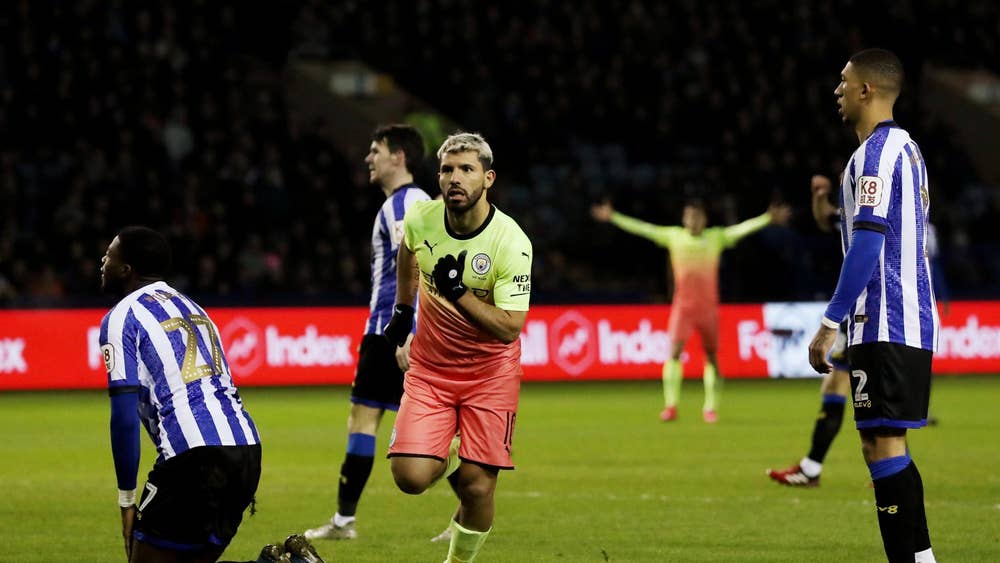