By Howard Hockin | 17 January 2020
Howard looks at all things football.

Here’s a question that’s kept me awake for a few precious minutes recently. Should we be bothered if Liverpool match or surpass some of the records City have set in recent years? Will it ruin your summer?

I only ask this as it seems that Liverpool’s run of victories seems unlikely to end any time soon (they’ve got United next, after all).  It might even be worth watching that one if Rashford is out injured. But what this run begins to clarify with every passing week is the possibility that Liverpool will smash the points record come season-end. And perhaps a few other records to boot. I certainly didn’t see it coming, to be honest. When City became centurions with virtually the last kick of the 2017/18 season, I did not think it would be a feat matched again in the foreseeable future, including by City. And yet here we are, having seen both Liverpool and City go close last season, and now seeing Liverpool well on course to hit three figures.

So just how gutted would this make you feel as a blue? Resignation over the league campaign dug in weeks ago, and I have made my peace on that score. But now there is a new battle to fight, the hope that City’s record-breakers are not surpassed in the coming months. But the fact is, I’ve made my peace on that score too. I’d rather Liverpool did not hit 100 points, obviously, but life will go on if they do, and there are bigger battles to fight.

I am reminded of athletes who see their world record go. Maybe they are just putting on a public face, but they always seem fine with it, very relaxed about it all. I think this is because they knew the day would come, but more importantly, no one can ever take away their initial achievement. The moment they broke the record, and the period they held on to it. That is etched in the history books, and it is less important whether someone comes along in the future and goes even quicker, longer or higher. And for City, this applies, and unlike athletic records, they were first, as well as best. The first to a hundred points, the first to secure a domestic treble. After all, how many of us remember the 2nd man to run a 4 minute mile?

What Makes A Good Supporter?

Ask yourself this question – if you were a United fan, would you keep going to matches? It’s easy to say that United fans are glory hunters, ditching their side now the going has got tough, and feel free to continue, I don’t mind. After all, some of them even set up a new club many years ago. But it’s not really the whole story, is it? Rest assured, If Liverpool were to dominate English football for the next decade (they won’t), swathes of match-going City fans would jump ship too. They may have alternative excuses, such as cost and VAR (with good reason), but the fact is a downturn in results would affect attendances. And perhaps it should too. We spend large chunks of our income following our football team, and it does not get any cheaper with any passing year. If you’re not happy with what you see, you’re of course free to spend your money on something else instead, spend your weekends doing something more fruitful.

United were charging £65 for the honour of being embarrassed by the noisy neighbours, and as I type, many blues on Twitter are threatening to boycott the Real Madrid tie (again, with good reason) because of the pricing. So whilst I apologise for being boring by pointing this out, especially as I overlook the tribal nature of football, the fact is that if I was a United supporter, I’d have stopped my season ticket years ago, as would most others. It would only be the social aspect of a match day that would keep me going. But hey, after that banner, a decade of empty seat memes and three decades of having our tummy tickled, perhaps they deserve all they get.

Another week, another debate along tribal lines. This debate was triggered by Sergio Aguero’s brilliant hat-trick against Aston Villa, as he became the Premier League’s highest ever non-English goal-scorer, overtaking Thierry Henry. A remarkable achievement, but a record that is only of interest to those that still think football was invented in 1992.

This naturally started a mass debate, as football is nothing without debate, especially with online space to fill. The debate centred around who is/was better of the two footballers. Does the debate not miss the key point though? Namely, who gives a rat’s arse?
Here’s a suggestion – appreciate both players’ contribution to English football and don’t try and compare who is better. Leave that to the kids’ accounts desperately grasping for social media attention before their mum shouts them down for their Findus crispy pancakes, waffles and baked beans (Heinz, obv). City fans will say Aguero (and they’d be right), Arsenal fans will say Henry. Both sets of supporters hold one player dear to their hearts, for obvious reasons. One player is not clearly better than the other, and whilst they played in similar areas of the pitch, their playing style is different enough to make comparisons harder to make. 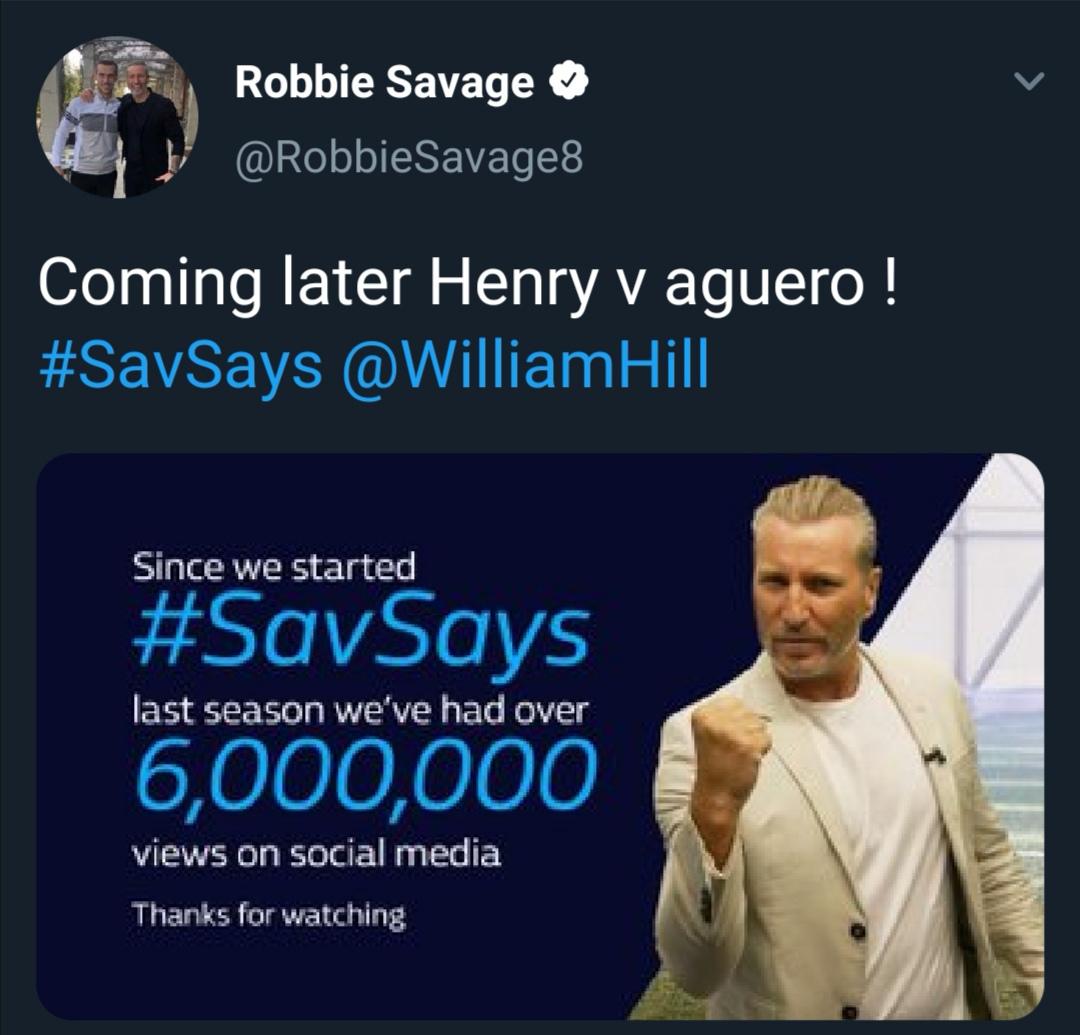 Anyway, it’s all meaningless. Jordan Henderson is named England player of the year, and this means nothing, because it was a public vote. So obviously a Liverpool player was magically going to win. Meanwhile, UEFA change the rules to include Ronaldo in their team of 2019, and guess who just happens to sit on UEFA’s Executive Board? Well I never, it’s the Juventus president. Awards, teams of the year and all that have never been more pointless and biased. Best to ignore them all. Because I guarantee that this season, for the first time in many a year, the general consensus will be that the Player Of The Year Awards should go to one of the title-winning players. Well fancy that.

And so the inevitable draws ever closer. News emerged on Thursday of impending changes to the Champions League that will add for games to many clubs’ schedules. Just what we all need. From 2024, it seems there will be an extra 4 games in the schedule for many of the big clubs. This is a compromise to stave off the desire for a European Super League, but in a way makes its chances of coming to be more likely. It will happen one day, and I will call it a day. Proof if proof was needed that the game is run according to money, power and greed, and most club owners take some responsibility for that. Ironically, the extra matches may mean an extra group stage, which may help City as group stages are not where they tend to fall down, though a 2nd group stage won’t be quite as easy. What a group stage essentially represents though is the desire to avoid shocks and big teams getting knocked out – it is just another way to protect the status quo.

Still, City’s record of winning a domestic treble may be safe for all eternity, as the League Cup may be the victim in all of this, talk of the top teams not entering to cope with the extra European games. Not that I’m bothered of course. Records are so passé.

And the 2nd man to run a sub-4-minute mile? That was a guy called John Landy. 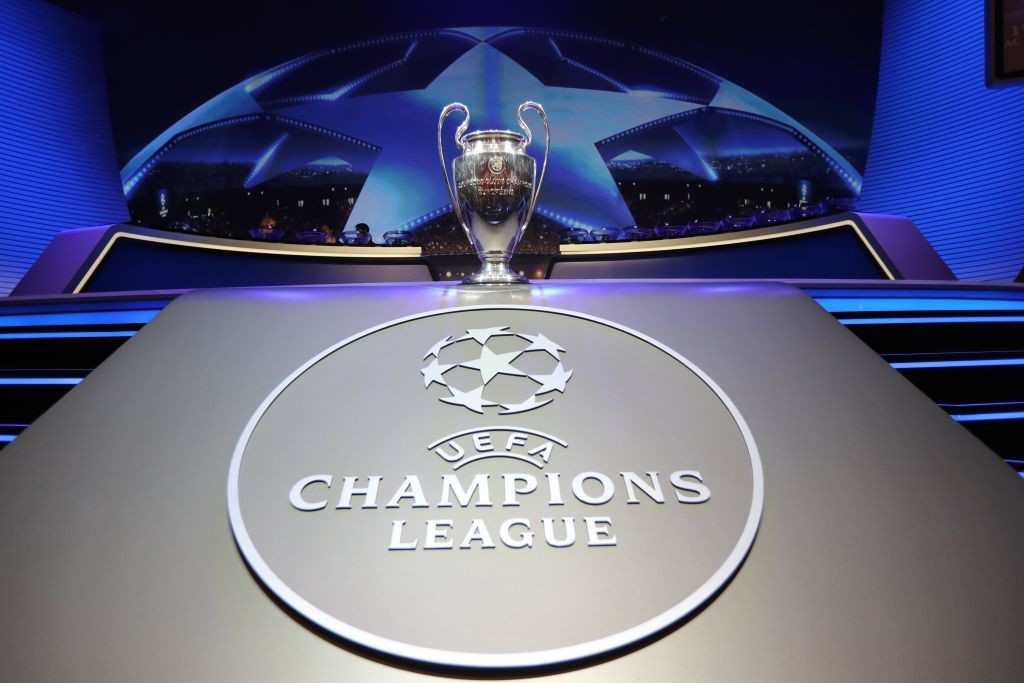