Dan takes a look at the stats for Raheem Sterling and Sadio Mane.

Who would you rather have in your team? Raheem Sterling or Sadio Mane?

Goal.com’s twitter account ran a poll last week asking football fans this very question.To my surprise, 56% of the 10,647 people to vote in that poll chose Sadio Mane over Raheem Sterling. After seeing this poll, and in particular the results of it, it got me thinking: Who is actually the better player between the two, Raheem Sterling or Sadio Mane? Instinct would tell us that there isn’t much to separate the two. The numbers, however, tell a different story.

Let’s do a deep dive into the numbers. In the 2018-19 season, Raheem Sterling scored 25 goals, and assisted 18 across 51 appearances in all competitions. That included 17 goals and 12 assists in 34 Premier League games. Sadio Mane, by comparison, scored 26 across 50 appearances while assisting just six. He did, however, finish in a tie for the Premier League goal scoring title with 22 goals across 36 appearances. Thus, Mane contributed to 11 less goals for his team (32) than Sterling did (43). The advanced stats behind each player’s seasons lend further support to the idea that Sterling was a good deal better than Mane.

Though Mane finished in a tie for the Premier League’s top scorer, Sterling’s overall player rating on WhoScored.com was quite a bit better (7.61) than Mane’s (7.44) in the League. Sterling completed 1.9 key passes per game in the EPL compared to Mane’s 1.3. Sterling completed a better percentage of his passes in the League (85.8% to 78.2%) while attempting an average of four more passes per game (37.1 to 32.9). He completed over one more dribbling attempt per game in the EPL than Mane (2.4 and 1.3). He had a better expected goal total per 90 in the EPL (0.51 to 0.49 xG/90) than Mane. And, he produced a significantly more expected assists (10.79) than Mane (5.12). In the UEFA Champions League last season, the gap was even wider. Sterling contributed five goals and two assists in ten UCL games last season to Mane’s four goals and one assist across 13 games. Just as he had done in the League, Sterling posted a superior form rating (7.87 to 7.12), and had better passing stats and dribbling stats than Mane.

Even if you go back to the season before, Sterling still produced much better expected goals and assists per 90 totals in the Premier League, a better form rating (7.55 to 7.27), and better key stats, including goals (18 to 10 and assists (11 to seven). Mane only edged out Sterling in the UCL, where he put in a “player of the tournament” type performance to help lead Liverpool to a surprise run to the final. However, Raheem Sterling’s production over the past season actually profiles much closer to Mohamed Salah’s than he does to Mane. Salah contributed 27 goals and 13 assists across 52 games last season. Thus, he contributed to five more goals to Liverpool last season than Sterling did for City.

Sterling, however, held a slight edge in some advanced statistical measures. Sterling had a higher average form rating in the Premier League (7.61) than Salah (7.57). He held a slight edge in key passes per game in the League (1.9 to 1.8). He completed more dribbles per game (2.4) than Salah (2.1) in the EPL. He attempted nearly ten more passes per game (37.1 to 28.4) while completing nearly ten percent more of them (85.8 % to 75.9%) in the League. And, he posted a better expected assists total (10.79) than Salah (10.47) despite playing nearly 500 less minutes than him in the League. In the UEFA Champions League last season, Sterling was miles better than Salah. He scored as many goals and had as many assists as Salah despite making two less appearances. He also held a clear edge in stats like key passes per game (2.6 to 1.2), and dribbles per game (3.1 to two). The start of the 2019-20 Premier League season has seen Raheem Sterling edge ahead of both Mane and Salah once again. Entering play this weekend. Sterling has the superior form rating (7.93 to 7.59 for Salah and 7.53 for Mane) and has produced better expected goals and assists totals than them.

The data is clear. Raheem Sterling is, by many statistical measures, the best winger in the Premier League at the moment. I made the argument this past spring that he should have been the PFA player of the season for 2018-19. If he keeps up the form he’s in right now, he might work his way into Ballon D’or consideration this season! It’s time we start recognising just how good Raheem Sterling really is! 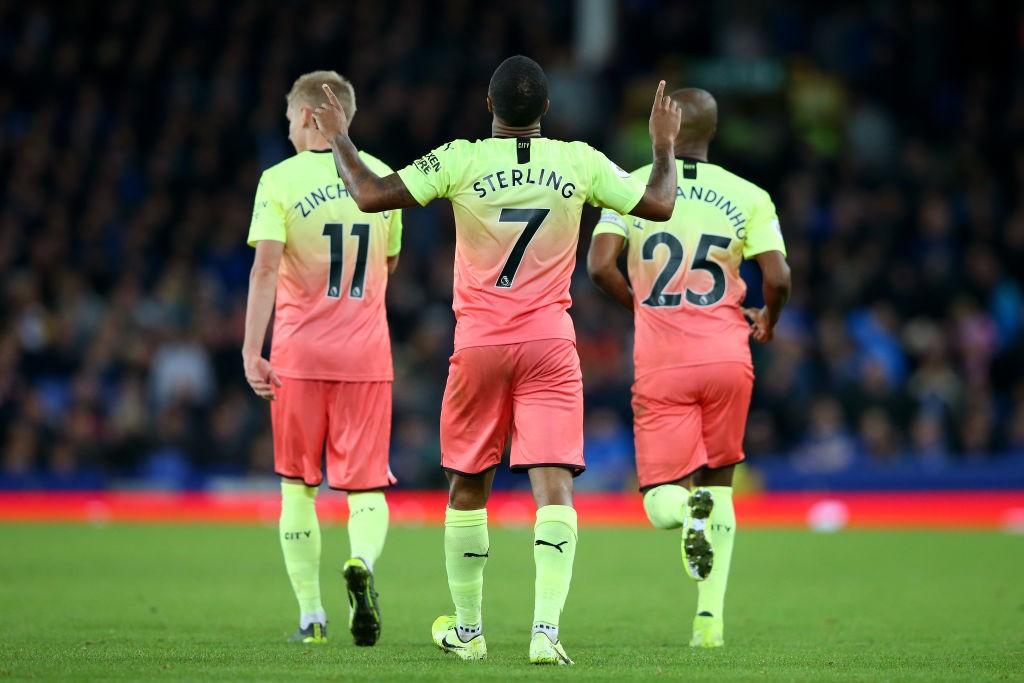