Howard looks at all things City – and United!>

After the rather “erratic” defending against Crystal Palace last week, many City fans are understandably concerned about the approaching Real Madrid games, considering that the league’s lowest scorers can score twice against us, needing only one shot on target in the process.

What I find curious is that the analysis on such ties is always one-sided. Where City are strong, where they are weak. How our defending might be our undoing. How our profligacy might be costly, as may our inability to score most of the penalties we’re awarded. And yet the opposition seem to be a constant – the threat they will pose is definite and set in stone. But why? After all, they may well have their own issues, especially for games that are still some time away.

Do many of us know how Real Madrid are doing right now, apart from glancing at a league table? The table tells us that unlike City they are in the midst of a title battle, but that’s only because Barcelona have dropped a lot more than two points this season. They dropped a manager too. Points-wise, City and Real Madrid are roughly accruing about the same points per game average. They have a tighter defence, City have scored more goals. They play in a different league of course, so will pose different challenges than the likes of Crystal Palace. They are royalty in this competition, but the fact we are playing them tells you that they did not win their group. It will be nervy, tight and could go either way. I wouldn’t worry about the finer details for now.

As for how to approach the match, that remains to be seen. Play a side consistently that Pep would want to play against Real Madrid, or rest important players and bed in some youth in league, with the season pretty much irrelevant now? Neither I imagine, as I doubt Pep has given that much thought to a game a month away, even if he is obsessive and a perfectionist. A lot can happen in that time, and it seems pointless to start planning now. Just cross your fingers that Aymeric Laporte and others are fit when the time arrives.

During my lifetime, Manchester United have often left me lost for words. It used to be for all the wrong reasons, but not anymore. Nowadays, there’s simply no new way to dissect the shambles that resides just across the city boundary. It really has come to this – but there’s little left to say about the club, the team. We can all laugh, and we will, but there’s few new points to make, new advice to hand out. You only have to look at the Groundhog Day pronunciations of the likes of Henry Winter on Twitter to see this, parroting the same tired lines about it not being all about Solksjaer, but the Glazers, a lack of structure or philosophy, blah blah. We know, we heard you the 17th time, and repeating it won’t make anything change. And even as I type these words, Ole has been given the support of the United board. Marvellous.

Of course next week there is the small matter of another Manchester derby.  It has never been easier to be bolshy going into this one, especially now United have destroyed Marcus Rashford too, but it’s always best to hold counsel for now. City really should win with ease though, but then we should have done in December too.

But back to United. If one thing can come out of this debacle, and it won’t sadly, it should be that once and for all we can put to bed the idea that managers that “get” a club are somehow to be cherished and hired and hold an advantage over those that don’t. Well-run, professional clubs with designs on glory do not fall for sentimental tosh like this, but Ed Woodward and the Glazers did. DNA, that magical night in Barcelona, kissing the badge and more. None of this puts the ball in the net. Knowing a club can have its advantages of course, but its effect is limited usually to a short honeymoon period, before reality kicks in. A year down the line, “getting the club” is not going to make the team play better. In fact it will often play worse, because a club hired an under-qualified manager based on sentimentality and nostalgia. It’s as ridiculous a route to take as those that espouse sticking with the latest of United’s managerial failures because Alex Ferguson took 4 or more years to get his act together at United. That argument essentially declares that no manager should be sacked ever until that 4 year period is up, as they may turn it around because one really successful guy did 30 years ago. But on the flip side, Alex Ferguson never relegated Cardiff City.
And the final, delicious irony? Alex Ferguson is as much to blame for this decline as anyone else. Still, nice to see United fans wishing death on Ed Woodward via the medium of song during the home defeat to Burnley, which was largely ignored by the media naturally, and kudos to the United fans that decided that the best way to beat the traffic was to stay until the end.

David Silva: Made In Gran Canaria

Giddy at the purchase of my new gadget – an Amazon Firestick, I happily signed up to the newly launched CityTV app in the summer to watch some of our pre-season friendlies. Naturally, once those friendlies had passed, I never went near the app, as it gathered dust along with my Fantasy Football team. Any sensible person would have cancelled the monthly £2 subscription fee, but every month I’d see it on my bank statement, vow to do something about it, then of course do nothing whatsoever. This week however, I decided to dip in once more, as there was spanking new content on there that certainly piqued my interest. Namely, a documentary on David Silva, titled “Made In Gran Canaria”.

Generally I don’t find player documentaries particularly interesting. I do not take a keen interest in players’ lives away from the pitch. The exception has been the Players Tribune series of interviews with players, whose stories were captivating for all the wrong reasons – tough upbringings, war, racism and poverty. Likewise, the best player documentaries, such as Maradona’s time at Napoli, succeed because of the wild life of the protagonist  – and thankfully that is not a description that can ever be used to describe David Silva.

Nevertheless, this was a wonderful watch. As the title suggests, the 1 hour programme concentrates on his upbringing, and his rise to stardom up to the point he joins City. It involves interviews with family members, friends, team-mates and of course David himself. It also includes a wealth of match footage of the young Silva plying his trade, which is worth the admission fee in itself. I highly recommend checking it out, and I assume it will become part of a series, as whilst it dealt briefly with his time at City, and his adaptation to the English game, there is still much, much more of the story to tell – which if true means the really emotional stuff is still to come. 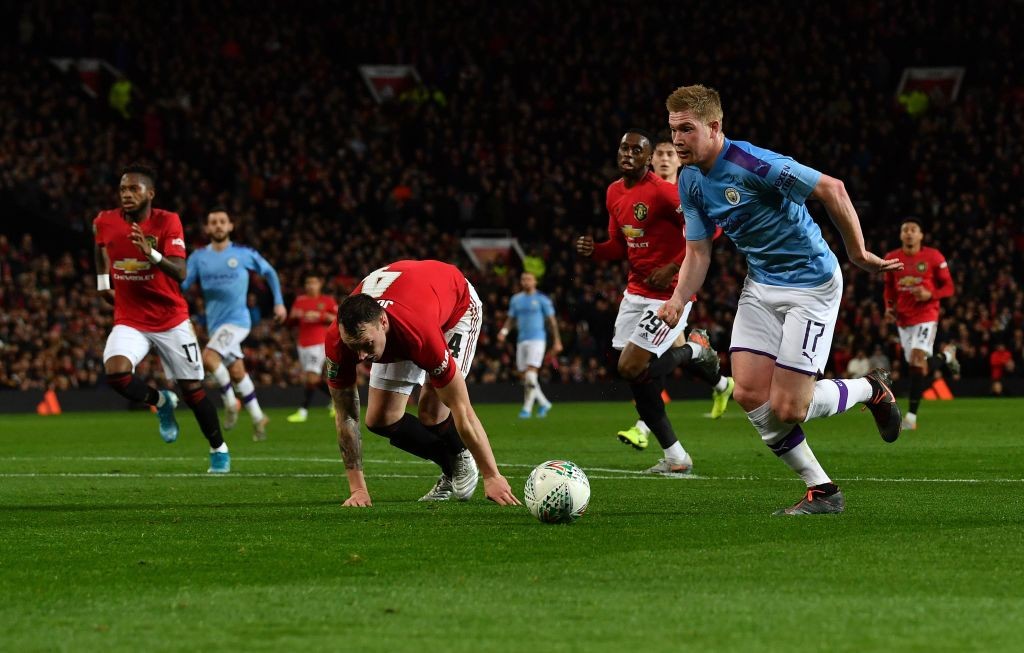