NATHAN AKE- A DEBUT SECOND TO NONE.

It seemed like it was meant to be. Though he can perhaps never truly shake off the ‘got-relegated-with-Bournemouth’ tag, Nathan Ake can be a far more crucial asset to City than people envisage. Having had to fill in for the solid and assured Aymeric Laporte, he looked like he already belonged to the City side and was an immense presence at the back for a side who’ve been at the end of stick regarding a lack of leadership in defence for a few years now. The way he read the game, bullied the Wolves’ attackers by winning aerial duels, stepping into midfield and playing cute passes to the front, it was as if he’d been coached by Pep Guardiola for years.

For a newcomer who’s only been training with his teammates and under coaching staff seemingly more demanding than what he had at Bournemouth, his debut was as composed as City have seen for a while. With his versatility and the fact that he is a ball-playing center-half, his role looks almost pivotal to how City will fare come the business end of the season. Surrounded by mediocrity in John Stones and a sub-par Benjamin Mendy, he was a rock at the back and Pep would’ve been proud of the 25-year-old for it is no small task to slot straight into a City side who depend on their center-halves to play balls into midfield as much as they do.

There’s just a sense of calmness surrounding everything Ake does. The way he was demanding the ball in his feet, how he handled the likes of Pedro Neto and Raul Jimenez all factored in what was one of the most complete and convincing debuts City have seen in a long time. A big part of everything Ake does reflects on how smartly he sees the game and tracks strikers’ runs. His leap, pace and ability on the ball will only get better as he plays more regularly and even though it is early doors, one can’t help but wonder that Pep would be looking to fit Ake into his playing XI whether Laporte is fit or not. Having played at left-back and central-midfield for the Netherlands, his versatility will bode well when he’s playing for a coach who appreciates a team player as much as a first-team player. Great players make those who surround them better. Though Ake is not a ‘great’ player yet, his presence would’ve done wonders for the likes of John Stones, whose confidence and mentality have been questioned for some time now.

There is only positivity surrounding Ake in the present moment and it is all for him to do with a packed season ahead. With City having dragged on the Kalidou Kouilibaly deal for months and negotiations for Jules Kounde reportedly still going on, Ake is the real reinforcement City’s defence has seen and it will be quite the story if City do regain the title and possibly pull off a surprise on the European front with Ake being at the heart of the defence.

Ake’s signing also mirrors perfectly Manchester City as a club and a sustainable organization. Ever since Sheikh Mansour has taken over the club, the transfer strategy was to bring the best players in England to the club and add a wealth of youth that can potentially turn into world-class. A defender who can fit into a back three or a back four looks destined to have a great career ahead and learning from and possibly partnering Aymeric Laporte in central defence will do wonders to his game. The sky is the limit for the lad and he can actually be as good as his Dutch counterpart, Liverpool center-back, Virgil Van Dijk, given he keeps learning and delivers week-in week-out. The Ake hype train is flying and will keep doing so bar any disruptions to his steady rise. 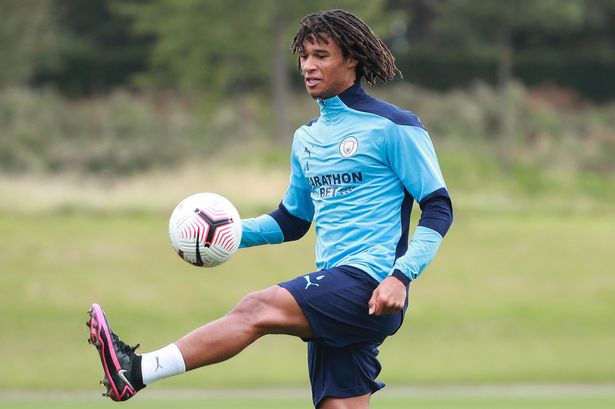