My favourite FA Cup goal should really be Yaya Toure’s ten-yard thumper against Stoke, a net-worrier that brought Manchester City its first meaningful silverware for thirty-five years. Failing that it should definitely be the same player sliding a decider between Edwin Van der Sar’s legs in that year’s semi, a momentous victory against our hated oppressors that proffered a significant sea-change if not a complete shifting of power. To celebrate the latter goal I fell to my knees a la Willem Defoe in Platoon, my arms curled up to a heaven I don’t believe in. For the former I blubbed down a phone to a friend, unable despite several valiant attempts to utter the simple sentence: “We did it”. So why have I discarded these landmark occasions in my life to choose a late consolation from years ago by a player whose scurrying running style always brought to mind a rat artificially pumped full of endorphins?

It is because no matter how spectacular or mesmerising the goal it’s just a five second clip on a Christmas DVD without having context and the context behind Terry Phelan’s surreal solo scamp is perhaps unlike any other in recent history. In fact I cannot envisage any other meaningless consolation being as dramatic leading as it did directly to a riot; an emotional breaking of the seal that pre-empted the club plummeting into hitherto unimaginable depths of divine comedy hell. How typical of City that a riot – the very definition of a final stand for change – should only lead to further worsened extremities. Even peasant stock from Eastern Europe were able to topple dictators and bring about democracy and hope. We got Franny f***ing Lee.

But I’m getting ahead of myself right from the start. To explain what prompted Phelan to receive the ball with the entire Spurs line-up ahead of him and simply Forrest Gump his way through the centre of them – what instilled in him such futility to even consider attempting such an act – I need to widen the lens and show the full picture.

In 1993 it was the best of times and the worst of times for Manchester City. For generation after generation we’d endured the wiggy f***wittery of chairman Peter Swales but after relentlessly chopping and changing – usually for the worse – the creepy gnome seemed to have finally learnt his lesson. For the first time in yonks there was an air of optimism and stability around the club with manager Peter Reid being in charge long enough for his personalised mug to build up tannin and gradually putting together a rather decent side.

True the likeable simian in a tracksuit favoured a distinctly un-City direct style of play but with one of the best wingers around in David White flying down the right and Niall Quinn in his pomp it made sense to play to strength. Best of all for an unparalleled four years we’d not suffered the indignity of relegation and conversely were scaling the heights of the new-look swish’n’swanky Premier League looking to establish ourselves as a major player. The opening of the new Platt Lane stand only added to the sense that our time was coming and the dark days of yesteryear could finally be consigned to a memory bank rarely withdrawn from.

What mirrored this rebirth was an extended FA Cup run and with Reading, QPR and Barnsley dispensed with the stage was set for a televised quarter final with Spurs. We were just ninety minutes away from a Wembley semi and rather excitingly it was on the BBC back when being on the telly meant a VHS tape was especially allocated to be kept and savoured should you win.

After a lifetime of f***-ups and disappointments City were on the cusp of being taken seriously with half the nation tuning in to witness our new dawn and Alan Hansen tipping us to win the competition. This was City: what could possibly go wrong? An early lead only increased our sincere belief that this was our year, this was our time. That was before Spurs put together a lethal four-goal combination that would have floored a stubborn and resilient elephant.

Is there anything worse than being humiliated in front of Jimmy Hill? Possibly tripping face-first in dog s*** whilst mocking the entire cast of Love Island or being out-witted by Paul Merson. This was the worst of times because it wasn’t just another false dawn, a City cock-up, a flare-up of Cityitis. There was genuine hope this time. And with millions watching Spurs ruthlessly pulled back the curtain of Oz to reveal our chairman, wig askew, at the controls.

F*** Swales. F*** hope. As Justin Edinburgh put away a late fifth a handful of supporters ran onto the pitch oblivious to the offside flag that spared us another stake through the heart. They were seemingly unaware of why they’d done so save for fleeing their stationary despair. Once they were stewarded off play resumed and City’s keeper Tony Coton passed to Phelan deep in his own half. Spying ten yards of space he instinctively ran into it then just….kept going. He skipped past one, two, then a clump of bemused opposition at once, before slotting home past a stunned Ian Walker to complete an astonishing individual effort the likes of which I’ve not seen before or since. I know Reid liked a direct style from his players but this was ridiculous.

What possessed the City left-back to embark on the run? Who knows, with Wembley now a shattered dream and an electric storm of discontent fizzing from the terraces, maybe he was fleeing his own stationary despair? Whatever the reason his defiant retaliatory punch spurred the fans into life and the pitch soon swarmed with blokes with bad ‘taches and shell-suit tops aimlessly railing against the club’s flawed DNA. It was a discontent that had reached breaking point and something had to give. A year later it was channelled into ousting Swales largely through supporter campaigning, a revolution that brought Franny Lee at the helm and Brian Horton in the dug-out and yet another false dawn. It led to Alan Ball and Frank Clark. It led to us descending into the third tier and becoming the butt of a thousand jokes.

As the sun finally rose on a genuine dawn and shone down on Yaya at Wembley I tried to say ‘We did it’ to a friend on the phone. Misinterpreting me he tried to finish my sentence. “We deserve it?” he said.

And you know what? For those present at Maine Road that day, sparked into anarchy by the most pointless of wonder-goals, we really did and really do. 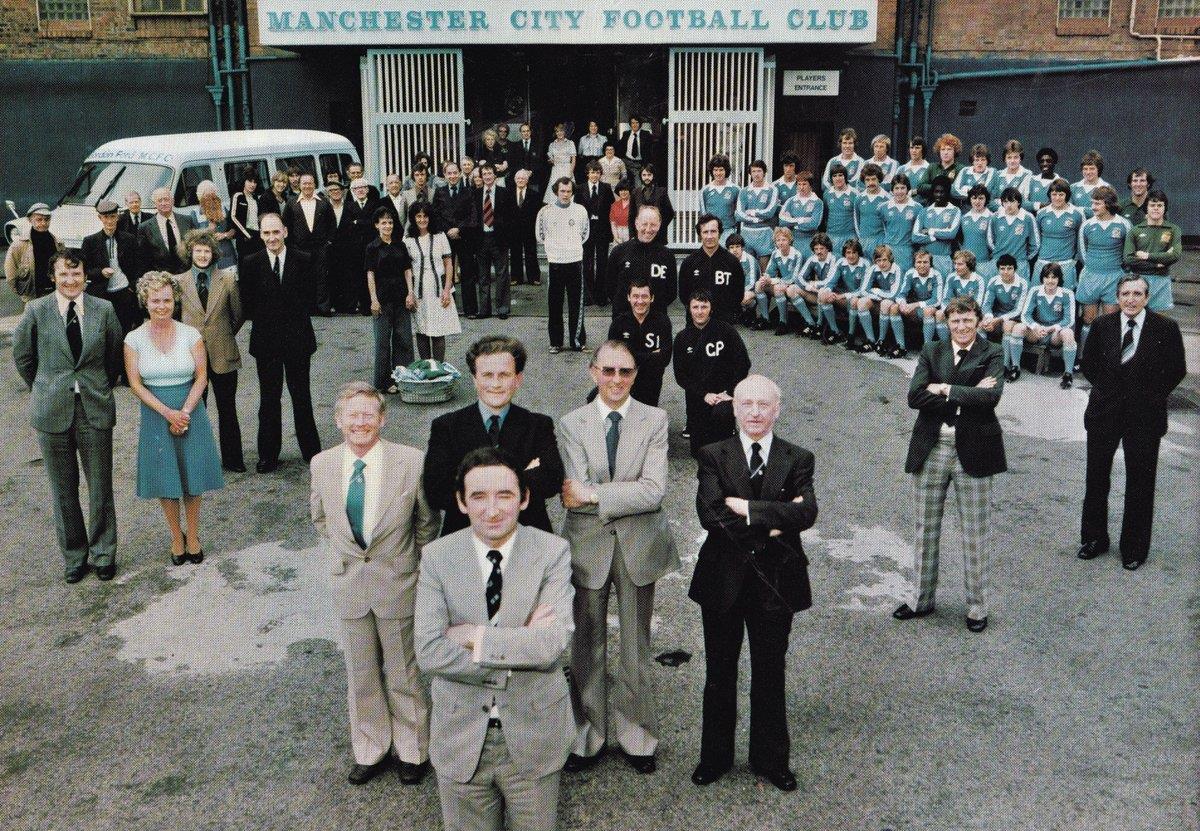