By Mark Meadowcroft | 04 December 2019
Mark examines whether City really have been lucky with Cup draws over a proper period of time – the last decade.

You’ll thank me for encouraging you to read this, even if as writing it I felt myself becoming less intelligent by the minute. But needs must, as the subject of Manchester City’s easy Cup draws is once again “a thing”. The thought of Port Vale being an easy game causes any Blue of my generation to emit a hollow, bitter laugh. I associate them with scraping through a very close cup tie on January Saturday that was bleak and freezing even by the standards of Stoke in 1991 and two of the most horrific, scarring home defeats of my life. But whatever, the internet machine is telling me that Sheikh Mansour is paying for easy cup draws.

So I examined the evidence to see if the Sheikh was getting Eliaquim Mangala or David Silva levels of value for money for his investment. As we are currently being bombarded with reviews of the decade, I thought a time frame of ties played between January 2010 and December 2019, finishing with the upcoming League Cup quarter finals was reasonable as that seems a bigger sample than, for example, this season so far. I also excluded semi-finals and finals from my analysis. Why? Because one measure of a cup draw – home advantage – is removed, because the later stages of tournaments will skew the sample towards stronger opposition and because the identity of a team’s opponent in a final, for obvious reasons, is not down to chance. So this means that City’s January 2010 third round cup tie away at Middlesbrough – which of course we all remember like it was yesterday – is in but League Cup semi-finals against United later the same month featuring Carlos Tevez, Craig Bellamy, Gary Neville and the rest, are out. I also needed a control for my experiment, a team to compare to. As Liverpool fans seems to have such a close interest in this, and because they have also had success in cup competitions, I chose them. I then hit google up, and all that was between me and a whole world of conspiracy theories was the pesky evidence. Sadly, this involved the creation of a spreadsheet.

So what does it say? Within my parameters, City have played 56 cup ties (or 55 plus the upcoming trip to Oxford United). That’s a healthy number of individual events and the Sheikh would expect a return on his investment in skulduggery over this sort of timeframe. Liverpool have played slightly fewer ties – 47 (including the imminent Villa tie) to be precise, indicative of the fact that they have been slightly less successful in the domestic cups over the decade. But that’s still a good number and they’ve been broadly successful.

The first measure is the simplest and according to many by far the most important measure of a cup draw. Are we home or away? As for Liverpool, their 47 ties have been split 24 at Anfield, 23 away. Even Empire of the Kop would struggle to get a petition going on that. City’s 56 split slightly unevenly, 25 at home to 31 away. It’s not a big thing, but the Sheikh must be wondering slightly about whether this is really worth it. Whatever, on the most important and least arguable measure, City’s cup draws over a 10 year period have been notably if not catastrophically tougher than Liverpool’s. But who are you playing? Chesterfield away should always be easier than Chelsea at home. I then looked at opponents by the division they play in. And the results are in. Six of Liverpool’s 47 ties were against teams in League 1. Another six were against League 2 teams and one (Mansfield Town as you ask) were non-league at the time. That’s 13 out of 47 or 28%. As for City, none of their 56 opponents were from non-league or indeed League 2. But there were six league one teams in there, including Oxford twice, last season and the match on December 18th. That’s just 11%.

But how can this be, asks @clinicalmagicalpeakfirmino when you look at City’s cup draws? There is a curiosity here in that there is a cluster of League 1 opponents at the start of the decade (Scunthorpe United, Notts County) and another cluster at the end (Wigan, Oxford twice and Newport County) and absolute nothing, nil, zero between Notts in February 2011 and Wigan in March 2018. For seven years and 39 draws, City only drew Premier League or Championship clubs. No, I’m not calculating the probability of this, but yes, it’s a very unlikely event and it happened. We are going to talk a lot about media narratives and recency bias later in this piece, but if Mansour had been paying for this, I think he would have told Khaldoon to ask some fairly searching questions by 2013 at the very latest. Whatever, the numbers don’t lie so by this measure, City have once again got the short end of the stick.

So City must have been drawing loads of mediocre Championship clubs, then? Well, sort of, and it is certainly true that certain types of Yorkshire second tier clubs have been regular opponents. Sheffield Wednesday (twice), Barnsley, Rotherham, Huddersfield Town, Hull City and Leeds United have all played us. It’s amazing that we’ve also been able to fit in habitual fixtures with Leicester City (three times), Boro (three times), Aston Villa (three times) as well as the modern classics, Wigan (three times plus a final) and Watford (twice plus a final). I have spent decades watching City play Leicester in the cup every couple of seasons but if we have ever played Nottingham Forest in a cup, it has totally slipped my mind. But we do seem play at least one of these, and often more than one, every season for reasons way beyond my analysis. Still, Shakhtar Donetsk know how they feel, just as some of their never-changing defensive players now feel like old friends of ours. As they left the Etihad last week, we all confidently said thanks for the game and see you again next year. Anyway, we’ve played Championship teams 22 times over the decade, markedly more than Liverpool’s 12. 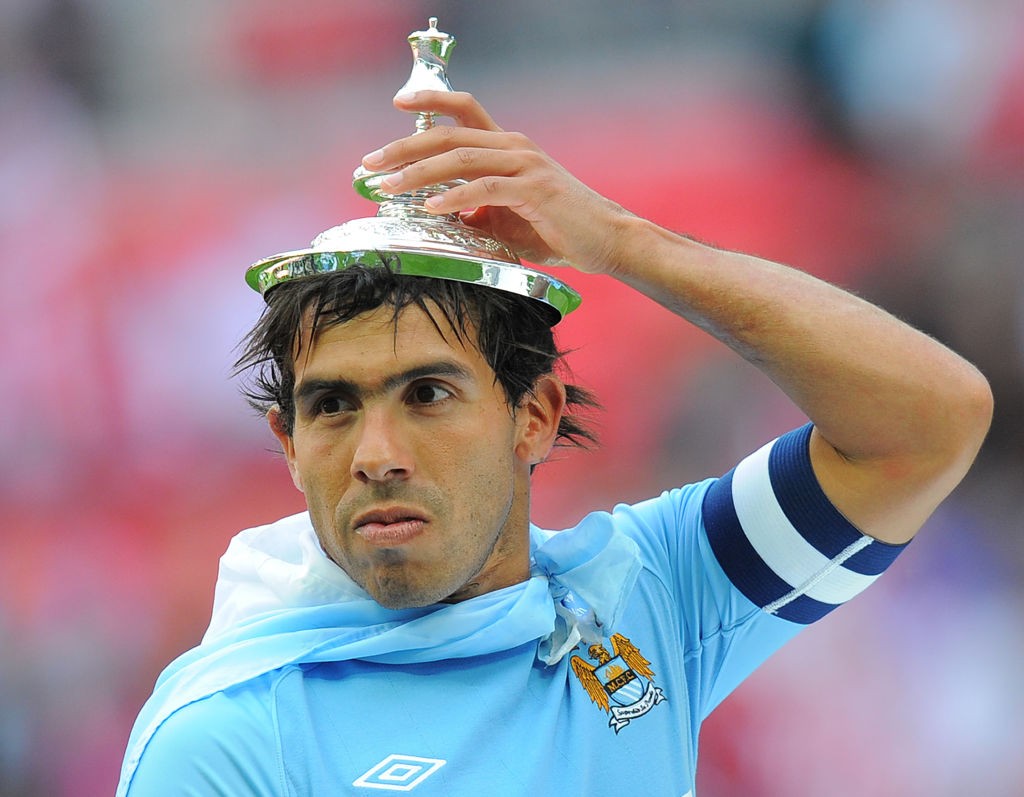 But what about the Premier League? With City, the maths is simple, 28 of the 56 draws have been against top tier opposition. Or put another way, 50% of City’s draws are corrupt easy draws thanks to dirty Oil Money. Which is fine until you realise that 22 of Liverpool’s 47 draws meet the same criteria. So City also drew a higher percentage of Premier League teams than Liverpool did over the decade. What do these incompetent, bungling draw fixers do? Do they think Mansour is made of money? But you then rightly say that the Premier League is unequal. What about the big six? That must be where City get their advantage. So let’s look at the numbers? And to be fair, this is where Mansour may have got a little value. 5 out of 28 for City plays 7 out of 22 for Liverpool.  Not exactly a Yaya Toure investment then, but maybe a bit like Stevan Jovetic. Probably not worth it in hindsight, but not a total disaster and useful at the margins.

So why is this a thing? Two reasons. Firstly, we remember recent stuff far more easily. So it’s relevant to our emotional reaction to this that Liverpool’s last few draws have been more challenging than City’s – it is a bit daft to suggest otherwise. Seven of their last eight draws have been all Premier League affairs compared to City’s three. We are all guilty of this. Have some Liverpool fans forgotten that they drew the might of Oldham Athletic in three successive seasons earlier in the decade? Of course they have. Be kind to them. We would be the same. Secondly, some stories gain traction when others do not. City’s recent relatively kind but not very remarkable run of draws was described by one high profile Liverpool-supporting broadsheet hack as “absolutely astonishing”. It’s not. It’s mildly fortunate. But I will tell you that there is something “absolutely astonishing” in these numbers between 2015 and 2017.

Between, Hull City in December 2015 and Wolves in October 2017, City did not have one home draw. The were drawn as the away team on 10 successive occasions. They called a coin toss incorrectly ten times in a row. The chances of that are easy to calculate. 1 in 1024. And that’s before we consider who the home teams were. Nine of those ten draws were against Premier League teams. Norwich City, Aston Villa, Chelsea, Swansea City, Manchester United, West Ham, Crystal Palace, Middlesbrough and West Bromwich Albion. The tenth team was Huddersfield Town, who were promoted to the Premier League that season. That is “absolutely astonishing” and, to my mind, newsworthy. Not in a suspicious way, but a “wow” way. It is a seriously unusual sequence, and to answer the Twitter conspiracists, that run explains why the data is what it is. Remove it and the story is different. But it is part of the dataset. Maybe what is more interesting than a freak run of events or certainly a dull analysis of cup draws is that while City fans saw this happening, it never made it to primetime as a “thing” in the way City’s “easy” cup draws have. That’s something to think about.

It’s also fair to point out – and this surprised me – that in 2014 and 2015, City have seven successive home draws. I then remembered those glorious defeats to Wigan, Newcastle and Boro, where if memory serves me correctly, the squad were in Abu Dhabi the day before the match and travelled to the Etihad direct from Ringway. Even if Mansour’s paying for this, the players still have to do their bit. There’s also something this analysis doesn’t capture. It’s not just what the draws are, it’s when the luck falls one way or the other. Now that we have some distance on 2018-19, some key moments are moving into sharp perspective. In particular, four matches at the turn of the year now look pivotal. A slightly scratchy 3-1 win at Southampton when Kompany came back into the starting eleven was followed by the narrow, dramatic win over Liverpool at the Etihad that kept them in sight. We then had two home cup matches and scored 16 goals in four days against Rotherham and Burton Albion resting some players and boosting the confidence of others while Liverpool went to Wolves, a vastly tougher tie, played the kids, lost and also lost a fraction of momentum that they didn’t pick up again until the Spring.

The data doesn’t tell us when any team needs a kind draw rather than finds one convenient. City needed it then and got it. But that doesn’t excuse Mansour’s draw fixers. Mark Hughes wasn’t my favourite manager but he got some things right and was far more successful with City than these guys. I just don’t know, given all this, why the Sheikh didn’t kick them to the kerb years ago. But whatever, I’ve crunched the data so you (and he) don’t have to. It involved Google Sheets. Use the information as you need it and buy me a drink the next time you see me. And if you do want to take something constructive from a fairly brain crushing topic, it is this. Part of a season forms a very small data set. It can produce distorting results in all directions. VAR is a mess right now and to say that City haven’t been hurt several times by it already is to fly the in the face of the evidence of our eyes. But an analysis done in 2029 with a much larger set of events is likely to produce a different and more nuanced picture. We should get over conspiracy theories on all sides. 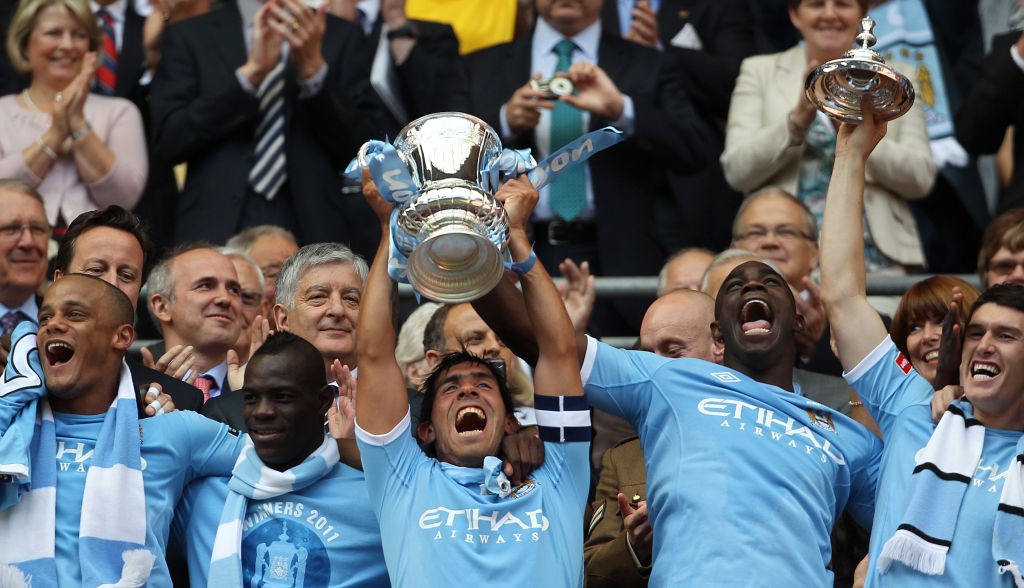