Manchester City will go as far as Kevin De Bruyne will take them.

By Dan Larsen | 16 April 2021
The return of De Bruyne’s goals could be crucial for Manchester City.

Though much of the attention in the aftermath of the second leg has rightfully focused on Phil Foden, a player who became only the second player 21 or younger to score in both legs of a UCL quarterfinal, the unsung hero over both legs was the man that many regard as the best midfielder in the world right now: Kevin De Bruyne. Despite missing much of their record winning run due to injury, De Bruyne has begun to remind people in recent games of why he is so crucial to the side.

We all know the incredible creative talent that De Bruyne possesses. His 11 assists in the Premier League to date puts him in a tie for second in the league with Bruno Fernandes and two off the league leader in Harry Kane, an impressive feat considering that his two rivals have played several more games than him. His expected assist total, which measures of the xG of the shots that he’s created for others, backs up his creative talent ranking second-best in the league at a ten. Only Jack Grealish has generated more key passes per game (3.4) than him (three) in the league. What’s leaped out about his recent games, however, is his goal scoring.

Through the first six months of the season, De Bruyne was mired in one of the worst goal scoring slumps of his career. He may have netted three goals here and there in the Premier League through early January, but his conversion rate on his chances had been quite poor. He was getting into a number of great positions only to scuff the shot, hit the post, or have it saved by the keeper. His current xG in the EPL reflects this as his career best 9.91 xG is nearly five goals below his actual total (five).

Starting with his double against Southampton in mid-March, though, he’s netted at least one goal in five of his past seven appearances for the club, with another brace coming for Belgium over the recent international break. Like he was doing earlier in the season, he’s been getting into dangerous positions often. However, he’s been much more clinical when those chances have come to him.

In that Southampton game, he opened the scoring that day with goal off of a deflected Phil Foden shot. It did grace the bottom of the crossbar on its way in, but it still ended up in the back of the net. He closed the scoring that afternoon with a classic one-two where Phil Foden held the ball up and set it up for him to take in behind the defence and hammer into the bottom corner.

His next brace during this run would come in the second leg of City’s Round of 16 tie in the UCL against Gladbach. That evening, he opened the scoring with a missile shot from a few yards outside the 18-yard box. Riyad Mahrez set him up perfectly, and he took advantage of the space left by the defence to essentially settle the tie early in the first half. It was arguably his finest goal of the season.

Then came the FA Cup quarter-final at Everton. City had controlled the game, but had struggled to put away the tie prior to his substitution. Just seconds after coming on, City’s press forced Everton to turn the ball over in their own half. A pass over the top by Rodri hit De Bruyne’s bursting run and he clinically beat the defender and goalkeeper to finish off the tie at two nil. His final goal during this seven-game run would come in the first leg of the quarter-finals against Dortmund where he slotted home a penalty early in the first half.

Each of these goals are representative of the types of chances he was getting earlier in the season, but failing to convert.  One or two of these goals in isolation could be dismissed as the occasional one that he can convert. The fact that he’s begun to string goals together over several games, though, is a sign that his finishing is starting to come back around.

His improved goal scoring form couldn’t be coming at a better time for the club. City still find themselves mired in four different competitions. An FA Cup semi-final against Chelsea awaits them this weekend at Wembley. The Carabao Cup Final against Spurs lurks the weekend after, followed by their first leg against the runners-up in last year’s UCL in Paris Saint Germain. Without goals coming consistently from their number nine role, the club need someone who can come through with clutch goals. He would be the team’s best bet to make that happen right now.

It will no doubt take a collective effort to make the most of this final stretch of the season. However, if City are truly going to reach new heights, they’re likely going to need Kevin De Bruyne firing to reach their full potential. 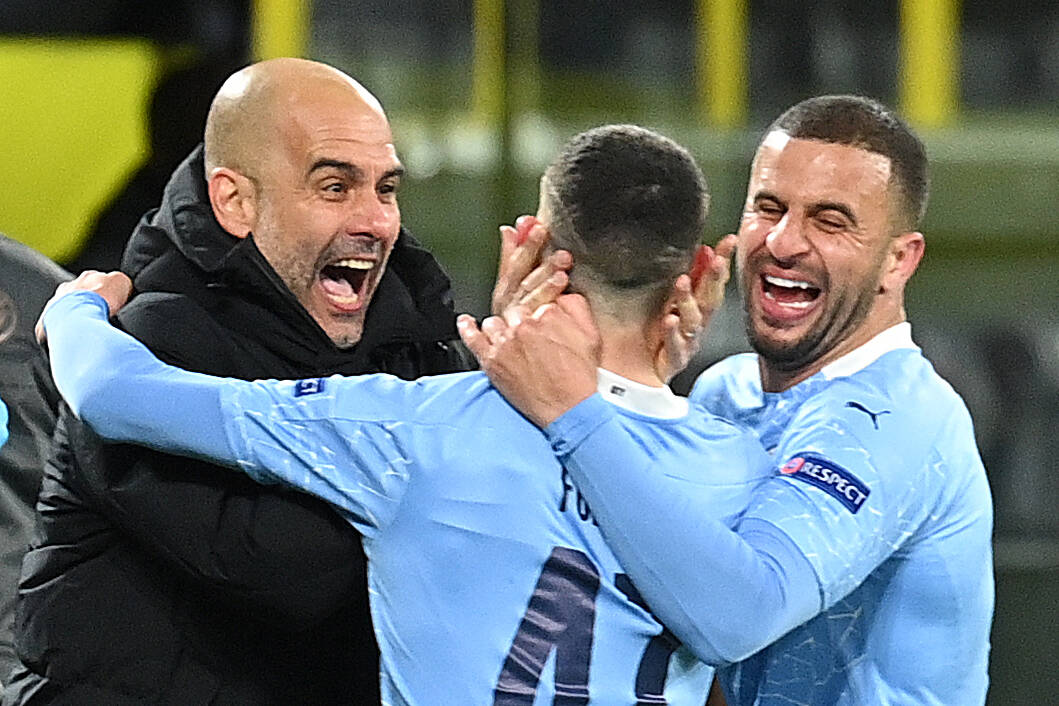