So, here we are, back again. The Etihad awaits Southampton for the second time in five days, only this time it’s in the Premier League rather than the illustrious Carabao Cup.

After a disastrous Premier League fixture against Leicester City last weekend, the footballing world looked at Southampton’s next two fixtures, both away ties against Manchester City, and asked, “If Leicester beat them 9-0, what are City going to do to them”? Of course, it was never going to be quite as simple as that, and the score line reflected that. However the performance was every bit as dominant as everybody expected. Southampton hit back at City with a sucker punch from (shock) a corner but it was a rare foray into City’s half for The Saints. The blues smothered Southampton from start to finish, who didn’t look like they had any interest in attacking whatsoever.

Only five of the players involved in the 9-0 demolition started for Southampton in midweek and, honestly, it’s difficult to predict who will start for The Saints on Saturday. The midfield trio of Romeu, Ward-Prowse and Hojbjerg will most likely remain as they’re short of alternatives but the front three and defence are a mystery. The Saints find themselves 18th in the league with only eight points accrued from the opening ten games. Their last five games in the league consist of four losses and a draw and the main problem is the lack of goal threat the team possesses. They’ve scored nine goals so far this season and have only scored more than a single goal once, against Brighton at the end of August. Danny Ings is by far their biggest threat going forwards with six goals in all competitions, while Djenepo and the suspended Nathan Redmond are joint second with two goals each. At the back, they’re not actually as terrible on the whole as last weekend’s result may have suggested. Before the Leicester game, they’d conceded sixteen goals in nine games, which is by no means disastrous. It’s only when this is combined with their inability to score goals that it becomes a real problem. Nevertheless, the job of manager Ralph Hasenhüttl is not thought to be under immediate threat, with the priority from the board seemingly to replace and reform the backroom staff and set up as a priority, with a number of key members lost in recent times.

Despite this, City will absolutely be targeting a win. Hasenhuttl is a man who despite what was said above is not particularly safe in his job. Anomaly or not, last weekend’s result will still be playing on the minds of the players and the result midweek against a weakened version of the team they’ll be playing this weekend will only add to that further. City’s team almost picks itself with the amount of injuries that the club is currently sustaining. Ederson obviously comes back in place of Bravo and Walker’s selection in midweek makes it much more likely that Cancelo will start again after an impressive run-out against Aston Villa last weekend. Fernandinho will return from suspension and no doubt partner Stones in central defence, whilst Mendy, now our only fit left-back, will slot back into the side.

The midfield three all received a rest on Tuesday night and will no doubt slot straight back in. Gundogan, De Bruyne and Silva should surely all come back into the squad and, likewise, Sterling will come back into the attack. Toss a coin to decide who comes in between Mahrez and Bernardo, however Bernardo has shown flashes of his last season form in the last few weeks, getting himself a couple of assists for his efforts. I would guess that Aguero’s goals midweek, combined with his goals against Atalanta the week before, will earn him a place back in the starting line-up, although Jesus’s industrious performance against Villa may see him continue in the team despite his ineffectiveness midweek.

The score line is a tough one to predict. Southampton could end up facing at least nine players who didn’t feature midweek, theoretically a much stronger line-up. I would personally expect a score similar to the one we saw on Tuesday, maybe a 4-1 instead of a 3-1, however I don’t think it’ll be quite the walkover many would have predicted after last weekend. 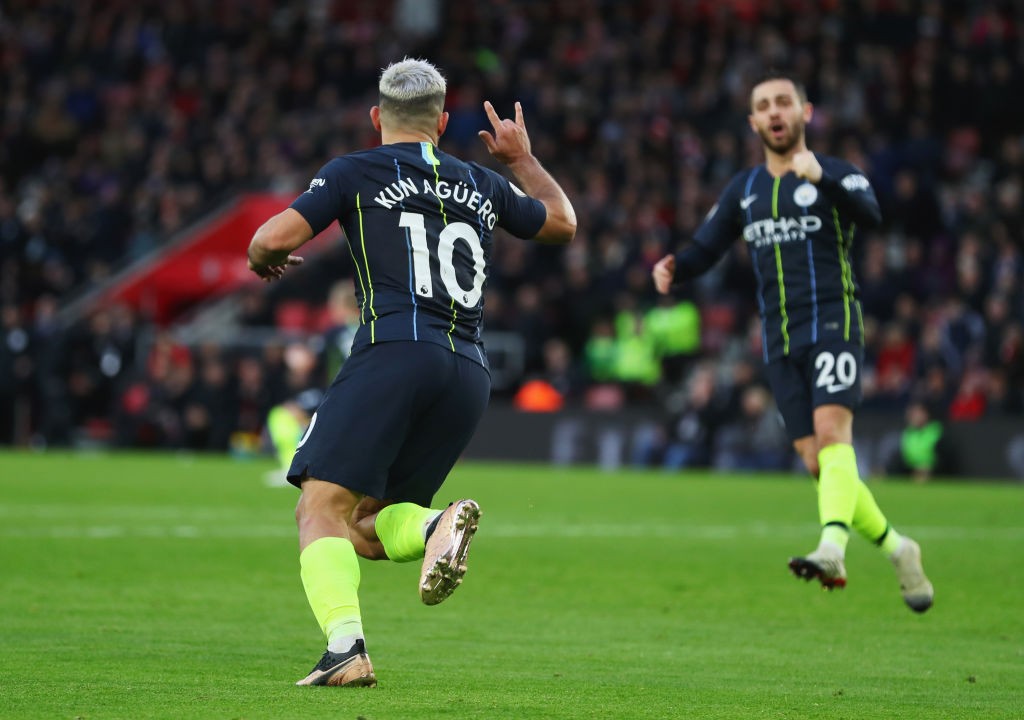