By Dan Larsen | 24 February 2020
Dan Larsen gives his opinion on everything that has happened at City over the past 10 days.

With UEFA’s Financial Fair Play investigation hanging over Manchester City, I thought now would be a good time to share some of my thoughts on this whole process. Before I start, I want to make clear what this isn’t. This isn’t an analysis on the potential merits of any legal arguments the club may make. I may be a licensed attorney here in the United States, but this is not my area of expertise (far from it). For prospective on the legal side of this, I recommend reading the detailed piece that Stefan wrote for the site a few days ago.

This isn’t a puff piece either. What I’m about to write may be critical of UEFA, but it won’t hold anything back on the club either. These are strictly my thoughts as a fan, both of the club and of the sport as a whole, on how this whole situation looks and has played out so far. I first want to start with a discussion of Financial Fair Play. Financial Fair Play was supposed to be created, if we take UEFA at their word, to improve “the overall financial health of European club football.” In essence, the rules were allegedly created to prevent rich owners from coming into a league, buying a club, and running up an insane amount of debt, on the club’s books, with no regard for how those debts might be paid off in the future. It was supposed to work as a protection for clubs from becoming bankrupted by reckless ownership. It was supposed make clubs “prove they have paid their bills.” Instead, what FFP has become is a weapon to be utilised against those teams that dare to try and break into the top-tier of European football by having owners invest a lot of their money directly into the club to try and get there. David Conn of The Guardian wrote this prophetic piece back in May of 2011 talking about potential unintended consequences that FFP could bring. He said, “if clubs are no longer permitted to rely on owners putting money in, then those who make the most income without owners’ help could become even more inevitable winners of the game’s prizes. The second is that clubs will seek to further increase their income, leading to yet more expensive ticket prices, as is happening in England, with rises announced at United, Arsenal and Liverpool.” (bolded sections emphasized by me). In other words, it was possible FFP would only further entrench the rich and powerful clubs, like Barcelona, Manchester United, Bayern Munich, Real Madrid, etc.., as the only ones who could realistically win the top trophies because the financial investment needed to catch those clubs was no longer permissible. His latter point on increased ticket prices absolutely came true too.

What FFP has become is a blockade to prevent someone from ever replicating what Manchester City or Paris Saint German did. It’s also become the means by which the established clubs have tried to take out the new kids on the block. La Liga’s president, Javier Tebas, has been openly accusing the clubs of engaging in “financial doping” for years, blaming them (falsely) for the inflation of player wages and transfer fees that have occurred. He’s also called for anyone caught violating FFP to be banned from Europe. It’s not difficult to imagine that he, along with many working for the established clubs, pressured UEFA to make an example out of City. I start with this discussion because I believe, at its core, that FFP is shouldn’t exist. These rules were supposed to be designed to improve the financial health of clubs competing in Europe. Instead, it has become a system that’s designed to keep the established clubs from EVER facing real financial competition for players. If UEFA really cared about creating more financial parity, there are other ways to do so, such as creating payroll caps that limit how much a club can spend on wages. This is similar to what several American sports leagues, such as the NBA and NFL, have implemented (salary caps). The current FFP system has seen the inequality between the top clubs and others only get worse. It’s a broken system and it should go.

Next, I want to briefly discuss the media reporting around this story. The media’s discussion of this investigation, to date, has also been quite poor. Almost none of the information for this case has been made public outside of selective leaks to reporters. That’s made it extremely difficult to evaluate what the merits of UEFA and City’s arguments are, and who’s likely telling the truth. Instead, much of the media narrative around the decision by UEFA to ban City for two seasons has acted as if the decision were final, despite an appeal to an independent court pending, and has framed this story as if City are guilty of cheating beyond a reasonable doubt. That framing, given the complete lack of publicly available evidence we have, has demonstrated just how many outlets are willing to throw away objective reporting in favor of sensationalizing this story to get clicks and views. This isn’t the first-time outlets have piled onto City either. I get that the current media environment creates powerful incentives, financial or otherwise, to frame the story in this way, but it’s still frustrating and it’s wrong.

Let’s next discuss what City are accused of to put that into some proper context if it were proven. What we’re essentially talking about in this case is about 80 million pounds in finances, between 2012 and 2016, that City allegedly benefited from in violation of FFP rules. Many fans, and even some in the media, have acted as if this financial cheating takes away from everything City have accomplished on the pitch, including for some calls to strip the club, retroactively, of any of the trophies they’ve won over the past decade. That is an incredible overreaction. If what City are alleged to have done is true, there’s no doubt that there was some benefit for them to do so. It might have allowed them to stay in the UEFA Champions League as competitors. It probably allowed them to retain some existing players, and/or sign a new one or two as well. That’s certainly gaining a competitive edge, is cheating, and should be punished if proven. However, what we’re talking about here is a financial benefit, it’s not on-the-field cheating that directly undermines the integrity of the sport. That matters.

The worst scandals, ones that warrant the most extreme punishment, should be reserved for conduct that directly affects what happens on the field. It’s why Juventus got relegated by Serie A over a decade ago for their involvement in a match-fixing scandal. It’s why there’s been such a harsh reaction in Major League Baseball from fans and players towards MLB’s handling of the Houston Astros stealing pitchers signs and alerting their players, who were batting, of what pitch was coming and where. Those cheating scandals actually affected the outcome of games in a very direct way. City’s alleged financial cheating only helped them indirectly, and on the margins. If the financial cheating is true, it doesn’t really take away from what the players and coaches accomplished either. Spending a ton of money, as we have seen countless teams do over the past decade (like Manchester United), is no guarantee for success (success meaning winning trophies). It may make competing for the best talent on the market a lot of easier, but the players and the staff still have to go out and win the games. That’s why Pep Guardiola came to the defence of the team when asked about this. Those coaches and players still earned those trophies with their work regardless of whether City were artificially boosting their finances to circumvent FFP.

Another thing that has been quite clear, in the reaction to all of this, is the underlying (and sometimes explicit) racial hatred that exists towards City’s ownership group. Some of what’s driving the vitriol towards the club right now has roots in “Arab” bigotry. Yes, City’s owners (should you subscribe to notion that City aren’t really individually owned, which is a debate of its own) have horrible track records as world leaders, especially on human rights. I condemn all of that in the strongest possible way (always have), and it has admittedly made me feel uncomfortable and question my support of the club (I’ve spent a lot less financially supporting the club than I did before those stories came to light). They’ve also spent an eye-watering sum of money over the past decade-plus to try and get City to where they are. I get why that upsets people too. However, world football is littered with questionable human beings owning clubs (Hi Roman Abramovich!) who take damaging actions or support abhorrent things, and who’ve spent their way to get their team into the top-tier. All of it is problematic, and it should be discussed in greater detail. It’s a systemic problem in the sport that requires collective action.

There’s another level of hate out there, though, for City’s ownership. It’s existed since the day they bought our club. That extra level of hate largely comes out because of who they are, and what they look like. It’s definitely worth noting and calling that element out. I also think it’s unfair how many of us, the fans, have been viewed in all of this. I didn’t choose to become a Manchester City fan because of our owners (did any of us?). Not in the least. I chose this club because I empathised and related to our long, tortured history. As a Wisconsin sports fan, I know what it’s like to watch a team languish and struggle for decades (see the Milwaukee Brewers and Milwaukee Bucks, my hometown teams). I identified with that, and it’s a large part of what drove me to become a fan of the club after my love for the sport was sparked by the 2009 FIFA Confederations Cup and the 2010 FIFA World Cup. We didn’t pick the club because of our owners. We picked City because we identified with the club.  We shouldn’t be constantly talked down to and shamed having for supported the TEAM, or for some of bad things that some have said on social media either. (note: people shouldn’t be defending the owner’s track record as world leaders (if you agree the club is state-owned etc etc…) either just because they own our club. I’ve seen this on social media. Their record should absolutely be condemned and called out by everyone, and we should figure out how to collectively address this).

One last thing: IF City are guilty of what they’ve been accused of, there should be severe consequences for upper management. If they were really this careless with our finances just to get a little bit more of a financial edge, then that is absolutely shameful, and everyone involved in that process should be fired. If proven, they’ve literally created a cloud that will forever overshadow the team’s achievements during this period. They’ve embarrassed our fans, and their actions were especially disrespectful to the coaching staff and players who gave it their all to win those trophies. All of those feelings will be made even stronger if it turns out that we’ve been lied to, by them, for years, about what the club has done. Let’s hope we’ll get a fair and swift resolution to all of this soon. 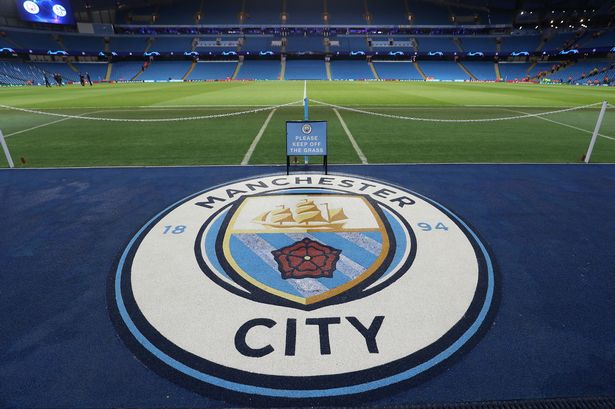