And so to phase 2 of Project Restart. A Monday night home game, a novelty in itself, though without a crowd it meant little. The wall-to-wall football over the previous five days had drawn me in, the thought of constant top quality sporting gratification enough for me to grab the remote control. The TV stayed on, despite the determination of my Sky Box and TV to turn themselves off multiple times each day, but the attention soon wandered, especially after The Last Of Us II turned up in the post. Most of the games have been drab, lifeless, and devoid of much entertainment. It is not all to do with the lack of crowds – I doubt I had would have been glued to the screen watching Bournemouth v Crystal Palace pre-lockdown. It is what it is.

And so to the team line up, and 8 changes to the side that defeated Arsenal. To be expected during these strange times. Still a great line-up, but that bench was good enough to beat most teams. With just 9 men. Phil Foden was in the team though, so all good. It was of little surprise to see the defence rotated, or Sergio back.

About 15 minutes in I made one of my worst predictions of all time, which thankfully went no further than my own brain, as I typed it into twitter before thinking better of it. My prediction was that this was going to be a boring game. Burnley playing dead, well organised and City huffing and puffing trying to break the low block, with the chance of late rewards should Burnley tire, especially considering their sparse options on the bench.

Yeah, I got that wrong. How wrong was I, as City bucked the trend of few first half goals since the resumption of English football. Truth is, this was one of those games when the opposition don’t even get close to a goal. Ederson must have been bored out of his brain, the only surprise being that he didn’t try to injure a team mate to liven things up. Burnley have now failed to have a shot on target at the Etihad since 2017. They may be stubborn opposition at times, but City always find a way, and suffocate their own threat with considerable ease. With their off-field problems, the visitors never really stood a chance.

Once Phil Foden scored a beauty, and from a corner too, it felt like this game was only going one way. And that is precisely what happened. City eased their way to total domination, and to creating clear chances. Bernardo Silva missed a great chance, but the 2nd goal was always coming, and it was football porn. That pass from Fernandinho, which if done by Pogba would have led to firework displays and beeping car horns outside Old Trafford for weeks, and then the control and finish from Mahrez, who now feels like part of the furniture, as shown by his inclusion in both team selections since the restart.

I’m a bit surprised at the debate over the penalty. From the replays, I saw the defender make no contact with the ball, and hot Aguero’s foot. In the modern game a clear penalty for me, even if the modern game is soft. We’ve know that for years anyway – that’s why Pogba got a penalty against Spurs last week. This is a rare occasion when VAR worked. It was not an obvious foul in real time, so the Souness argument that no players appealed is neither here nor there. A replay showed a foul, and for VAR to overturn the referee means they saw plenty of reasons to give a penalty. Anyway, penalty scored, and that means it is precisely 4 months since one was missed, at Leicester, so all is good.

The Sergio Aguero injury is easier to take if you take one of the Spanish ITK reports and put it through a translation tool. So he has “annoyances” with his left knee, but it is not ligaments. That will do me. Seriously though, this is not good news, primarily for the Champions League. Our chances of success in that competition are naturally reduced without the club’s all-time leading scorer. Jesus has shown real rustiness on his return, but even if his form doon recovers, it is a big weight on his shoulders. I do not want to see City going into big Champions League matches with Sterling up-front, or a left-field striker-less formation.

The 2nd half was another procession. More goals could probably have been scored if there had been a real need to do so. After criticising Gabriel Jesus, I think he actually meant that lay off for Foden for the final goal, so credit due if so. The real moment of the half though was the blind pass Foden made prior to the fourth goal. Magnificent.

A global pandemic has no upside, but it may have played into Foden’s chances of making England’s Euro squad. I could not have seen him making the squad this summer, due to his playing time but also the strength of competition right now. Next year could be a totally different proposition, as with regular playing time, he can clearly show he is as good if not better than said competition.

The sample size is still small, as this was only his 4th league start of the season, but it is clear to all now he is ready for the team, and he is good enough to be on the pitch on at least a weekly basis. The only issue is whether Pep will soon trust him in a central position. Still, he tore it up on the left, so it is another plus, and his all-round game was a joy to see. The real deal, no doubt now, and the clear Man Of The Match. One other plus with Foden is a directness to get that ball in the goal as soon as possible, rather than trying to score the perfect goal, as even this brilliant side had been guilty of in the past.

Did I enjoy the night? Yeah, I did, kind of. The best I can say about these league games is that it is marginally better that they are on than if they were not, and I was watching a box set instead. But I just can’t get much more enthused than that. It’s nice to see the boys in blue out on the pitch strutting their stuff, it really is. But football is not only very little without a crowd, it is also very little without an edge, and there is precious little edge to not only City’s league games, but most of the other games too. Survival and European places are on the line, and yet it doesn’t feel like it when I watch matches. Not yet, anyway.

Don’t be surprised if Sean Dyche claimed the third goal changed the game completely. It is probably best that Burnley resumed the season in 11th place, Premier League survival secure. Apart from the problems off the pitch, most notably the lack of actual players available to play, I get the feeling they are one of those sides that play off a crowd, and without one may suffer unduly. Like Liverpool. Time will tell.

And so to THAT banner. A racist does something racist, it was ever thus. Hard to be eloquent about its sheer vulgarity, its implications, or the confusion it triggered on Twitter for many who could not comprehend what the problem was. But what I saw on Twitter was repeated attempts to tag this racism on the club itself, which I think is a tad harsh. They, like other clubs that have problems with racism in their locality and thus amongst the fan base, have worked tirelessly to improve the situation in recent years. Their statement was quick and was appreciated. This is not a competition as to which club has fewer racists, and as my timeline on Twitter has shown in recent weeks, all fan bases do.

Respect to Micah Richards, Graeme Souness and Ben Mee for their words on that banner, Black Lives Matter and more after the game. Eloquent and to the point. I will say no more, as it is better instead that you check out the videos of them speaking if you have not already. And if you are still struggling to comprehend what the point of the BLM movement is, then pick up a book, read a few articles and educate yourself. If you think it is about the murder of a single man a few weeks ago in America, and not about more than that, namely centuries of oppression and inequality, well I guess there’s no hope. If you really believe that all lives matter, you’d have probably grasped this by now, because you would realise that history suggests that certain lives have not mattered in the slightest for many a century. It’s almost as if some people don’t remotely believe that they all matter after all. If that sounds like you, try out the Parler app, it should be right up your street. Though beware, leaving Twitter means losing the opportunity to tell Gary Lineker to “stick to football”.

One final quick point on what of course should be a match review, but cannot always be due to the modern world, and modern events. If you are reading this and are white and are on Twitter, have you at any point seen Raheem Sterling speak out once more about racism, and in your head thought “jeez Raheem, give it a rest. We get it.”? Because I guarantee many of you have had that thought, just briefly, scrolled on, and that’s kind of the problem. Equality will only be achieved through the actions and deeds of all of us. ALL of us. It could not be simpler – people who are not white around the world want to be treated the same as those who are white. And if you think they already are, or don’t deserve to be, you are a cretin.

As a pundit, Micah is a breath of fresh air. In a way, I am glad he said the penalty decision was harsh, because whilst I want some City representation for live matches, or just less of the Liverpool mafia, I don’t want cheerleaders like we have seen from other ex-players-turned-pundits. And I think Micah is intelligent enough to realise this and be professional, as Gary Neville realised early doors, even if he drops his guard occasionally. Still, there was no need to wheel out the big coat on such a mild night, he is wrong about the penalty, and the Foden loan talk was weird and unnecessary, as he’s clearly going nowhere.

And so onwards to two very interesting games, for different reasons. Chelsea away may feel like a big game, but it isn’t really anymore, though they need the points. Newcastle in the FA Cup is the more important of the two, and it remains to be seen if team selections reflect that. With such a strong squad, it is hardly a case of Pep throwing the league match. It should be a great game. 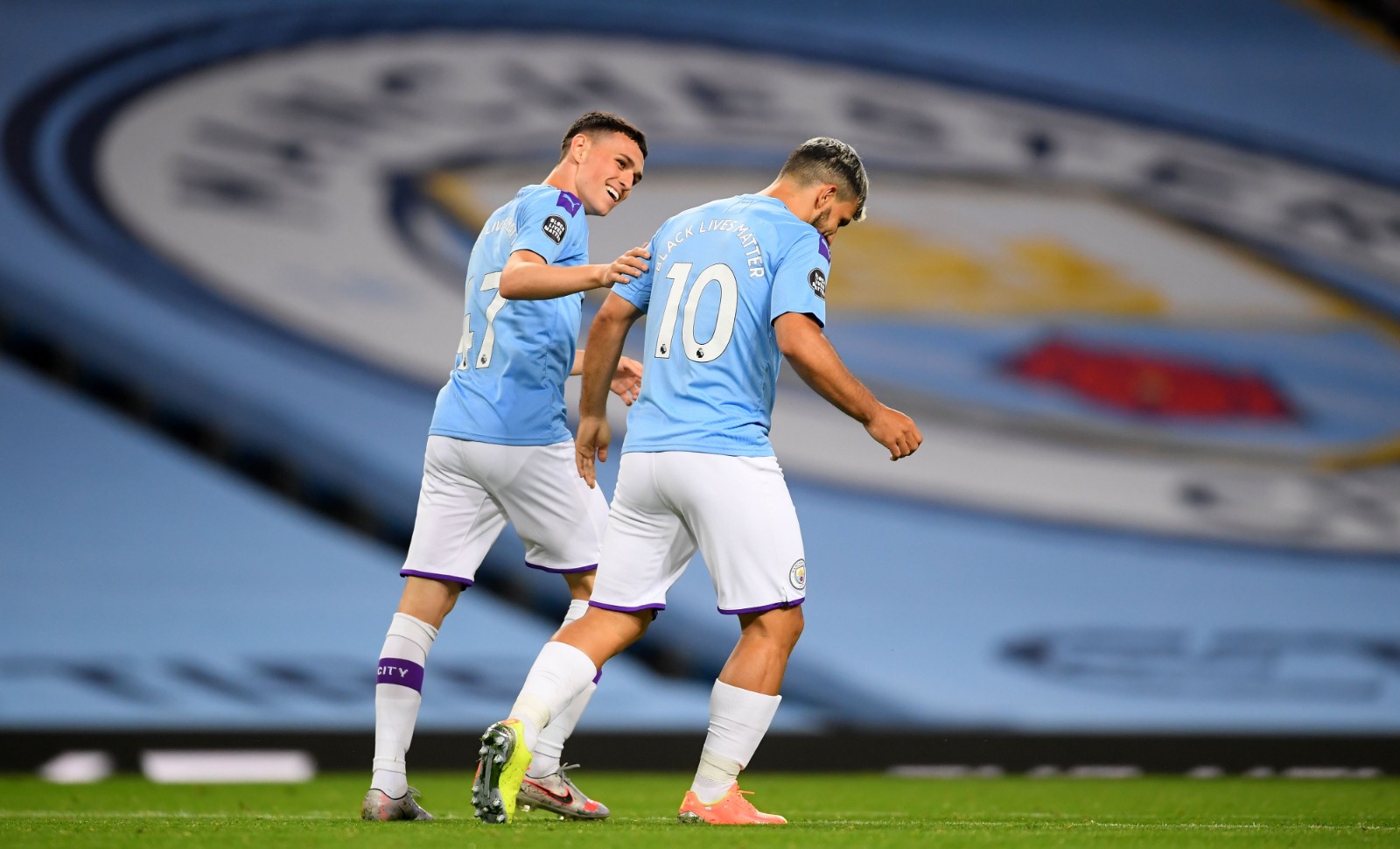