By Vayam Lahoti | 14 September 2020
Vayam looks ahead to consider what the new season holds for Manchester City.

After an underwhelming 2019-20 campaign that saw Manchester City surrender the league to Liverpool and crash out of the Champions League in disappointing fashion against Olympique Lyon, the spotlight is on Pep Guardiola and co. to silence the critics by bringing silverware back to the Etihad. Delivering merely the Carabao Cup and the Community Shield last season fell way below the standards set by City for themselves in the recent past.

With David Silva gone, the onus is on young Phil Foden, whose performances post-lockdown led to a first senior England call-up however it may have unravelled, finally nailing down a spot in the first team. In a season of transition, the pressure is on City to prove the doubters wrong by attempting to overthrow the resurgent Liverpool and perhaps finally breaking the European duck. How will it all pan out? Let’s ponder.

As director of football at City, Txiki Begiristain often says they need to compete in each competition they enter every year. Putting up a sustained title challenge after letting Liverpool run away with it last term should ideally be the primary objective. As far as the Champions league goes, City’s languishing performance against Lyon in the Quarter Final last season, both from the players and the manager, summed up in a way that there is a problem at the club that runs deeper than just the squad. It must be quite deep since a team coached by Pep Guardiola is suffering from a mental block. In order to remedy that, Pep needs to know his best XI and the players whom he can rely upon during crunch Champions League games. You can only put so much blame on luck, VAR or injuries every year. At some point, you are bound to self-introspect and learn from your mistakes. Though defensive reinforcements will increase City’s chances, a winning team has a sense of arrogance about it; a dressing room brimming with confidence and fearlessness. A team of ‘winners’ goes into a game throwing all elements of doubt out of the window and believing that they will win. You’d be let off for being surprised by the fact that City’s best-ever Champions League run came under Manuel Pellegrini back in 2015-16. All things considered, it’ll be interesting to see how City do fare in Europe this time around.

A majority of City’s woes last season boiled down to their failure of being clinical in ‘the two boxes’ as Pep calls them. While this has deterred City on the European front for almost a decade now, it was clear as daylight in the league. Failing to capitalize on the opposition’s defensive errors, giving away cheap goals while allowing teams to play through their midfield, City were the architects of their own downfall. Despite dominating possession for a large fraction of games, the sheer sloppiness in front of goal came back to haunt them repeatedly. While the arrival(s) of Nathan Ake and possibly French-Senegalese defender Kalidou Kouilibaly will surely help tighten their defence, there is an organisational problem that will need some fixing. Then again, offense is the best form of defence.  The acquisition of Ferran Torres, a young, pacey and exciting winger who can play on both flanks can potentially make up for the departure of Leroy Sane to Bayern Munich. While Bernardo Silva was sub-par for a major part of last season, Raheem Sterling and Riyad Mahrez had their finest seasons in front of goal at City and will only get better.

It seems clearer with each passing season that Gabriel Jesus is perhaps not the long-term replacement for Kun Aguero. He is not that type of striker, he isn’t as ruthless as a City striker is accustomed to be and he may never be. But what Jesus brings to the side is far more than merely goals; his positional play is excellent, he can play as a winger or false nine and his work rate as a striker is second to none. With Aguero out of contract next summer, City need to bring in a deadly centre forward to try and replace him. Injuries have limited Aguero’s appearances over the course of a season in recent years. Though his minutes have been managed since Jesus’ arrival in Manchester, to keep Aguero fit and firing throughout the season is crucial for City if they are to compete on all fronts again.

THE PROBLEM WITH SUCCESS

While there are a handful of positives of playing attractive, intricate football, there is one major drawback. And it is a drawback that frustrated City for large portions of last season. When teams come to the Etihad and set up shop at the back with ten players defending and looking to play on the counter, City freeze. City’s inability to break teams such teams down let them down one occasion too many. As former midfielder Fabian Delph ranted in the City dressing room after the Manchester derby loss in April 2018, when something unexpected comes at City, they freeze. All they need to do in such periods is just remember and stick to the basics of football; winning their individual battles, sticking together as a unit etc. Opposition attacks trying to isolate and running at City’s centre backs has proved to have huge success. This is a problem that many may argue is part of the game and maybe it is after all.

Can he do it without Messi, Xavi and iniesta?  You won’t hear a quote confirming it but Pep was indeed brought to City to take them to the next level and to make them European giants. While he’s helped City dominate England and has set incredibly high standards for the club, the huge question mark surrounding the Champions League remains. It is no secret that Pep goes into a different mindset when it comes to big games, whether it be against a manager who’s proven difficult for him historically or an opposition that City have a poor record against. He has often been accused of trying to mix it up too often and not sticking to a set starting XI. That is where the problem lies. The best teams make the opposition adjust to them, not vice versa. It’s almost as if it’s personal for Pep when it comes to the European stage. On the domestic front, he’d be having his mind set on not repeating last season’s mistakes and trying to regain bragging rights in the Premier League. In a season where City have arrived at a crossroads, perhaps breaking that European duck will be the perfect way of bidding farewell to Manchester if he isn’t offered a contract extension after 2021.

To review, City have all the pieces of the puzzle, well maybe not the European one, but they have to try their best to fit them together. It’d be a statement of intent if they do get the league crown back to the Etihad and possibly surprise everyone and interestingly themselves on the European front. The motto at City has always been ‘Together’ and together we shall do it! 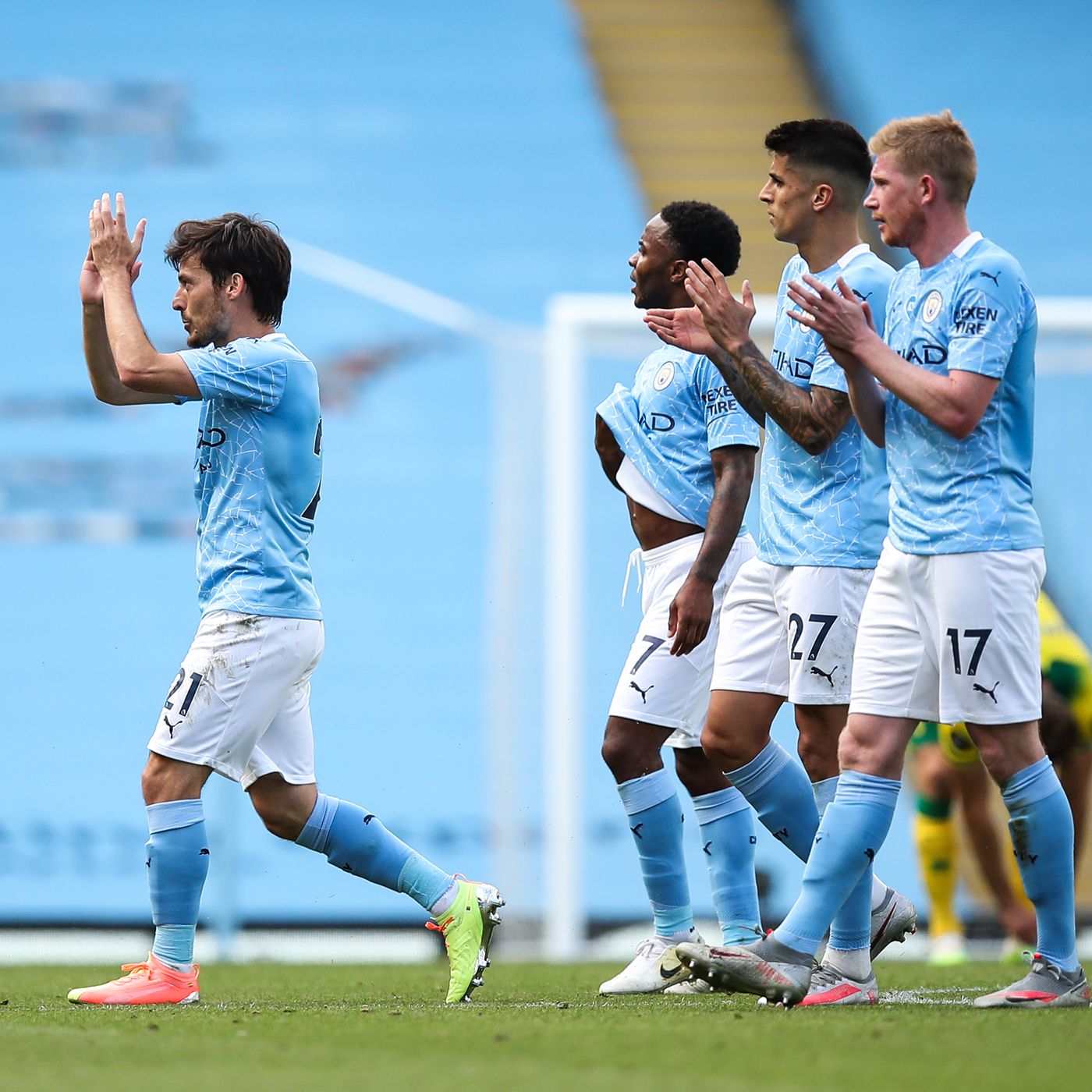