By Howard Hockin | 13 August 2020
Howard caught up with L’Equipe journalist Pierre-Etienne Minonzio to talk all things Lyon, and a bit of Manchester too.

As you are probably aware, Manchester City play Lyon on Saturday evening in the quarter-final of the Champions League. The two teams were grouped together in last season’s competition, but since then few blues will have seen much of the French side play. With that in mind, I thought it a good idea to reach out to L’Equipe journalist Pierre-Etienne Minonzio, a “Mancophile” who last time we met, on a typically rainy Mancuninan evening over three years ago, accompanied me to a fun night with Mike Joyce and Paul Lake at Salford Lads Club. I asked him a few questions about Lyon, and what threat they may pose on Saturday.

Was there a great deal of surprise that Lyon beat Juventus over two legs to reach the quarter-final of the Champions League?

As for me yes and no 😊. Yes because at the end of the second leg, I was pretty sure that Cristiano was about to score a third goal: he always does that kind of exploit in that kind of situation. And in the past a lot of Italian clubs have beaten French clubs in European competitions because of a late goal (and until recently Juventus had always beaten French clubs). But no, because Lyon has a great team, surely the second best in France behind Paris and they absolutely wanted to prove that their poor place in the Championship this season has nothing to do with their quality. So I was pretty sure before the games that the Juventus were about to underestimate Lyon and that is what they did. A fatal error.

City had their own struggles in a recent Champions League group that included Lyon. Has a lot changed at the club since then?

Yes, in the sense that two of the best players that lead to the surprise success at the Etihad, in September 2018, have left the club since: Ndombélé (to Tottenham) and above all Nabil Fekir (to Betis Seville), who was the captain and who, at the time, was a player able to make a great difference in the big games (he was also excellent for the game against the Citizens at Lyon in December 2018).

Why have they struggled so much in the league this season?

Mostly because the club made a huge mistake last summer when they appointed a Brazilian manager (and ex-blue) Sylvinho, who had a great reputation, but who actually had no experience as number 1. Therefore the beginning of the season was a disaster in terms of communication and style of play. As you know it very well at City, the manager is the most important person in a football club: if you pick the wrong guy, you’re damned.

What can City expect from their opponents on Saturday? What is their style of play?

Hard to say. I would say they play with intensity, especially in the midfield, in order to get the ball quickly back when they lose it. And defensively, they play with a huge solidarity, that compensates a relative lack of talent in the defence. Offensively, the team relies on the quality of passes of Aouar, Guimaraes and Caqueret (three fantastic young players), the talent of Depay (who seems to have come back well in spite of his recent injury) and the physical qualities of Dembélé.

Who will be the danger men?

I would say Aouar. If he’s having a good day, he’s quite unstoppable, either to get the ball back and to provide assists for his strikers. Sometimes, he shows that he could soon be a world-class player.

And what weaknesses can Pep exploit?

The central defence: Marcelo is quite slow, Denayer can be awkward and Andersen has not managed to get his place regularly in the starting team.

Will their back 5 be problematic for City?

If they play with as much intensity and solidarity as they did against Juventus, maybe. But at the end of the day there is a lack of talent in this part of the team.

How do you expect the game to go?

According to me, after a balanced first half, the Citizens will be dominant in the second period because they have too many offensive weapons for a team like Lyon, especially in a context where you can change 5 players.

Will this cup campaign give the club confidence to mount a title push next season?

They can aim a victory in the French Cup: but in term of squad depth, the difference with Paris is too huge to aim the first place of the French Championship.

Who are the standout favourites for you in the competition?

Bayern. Until now, they have won all their games in the competition. Their victory at Stamford Bridge was really impressive.

And finally, a quick few words on your links to Manchester…

I cover English football for the French newspaper L’Equipe, which give me a lot of opportunities to come to Manchester, my favorite city in the world, where I lived for one year as a student in 2002 – 2003 (that’s why I had the opportunity to attend the last game at Maine Road). As I’m obsessed with British music and English football, I made in 2016 a TV documentary dedicated to the links between football and music in Manchester. 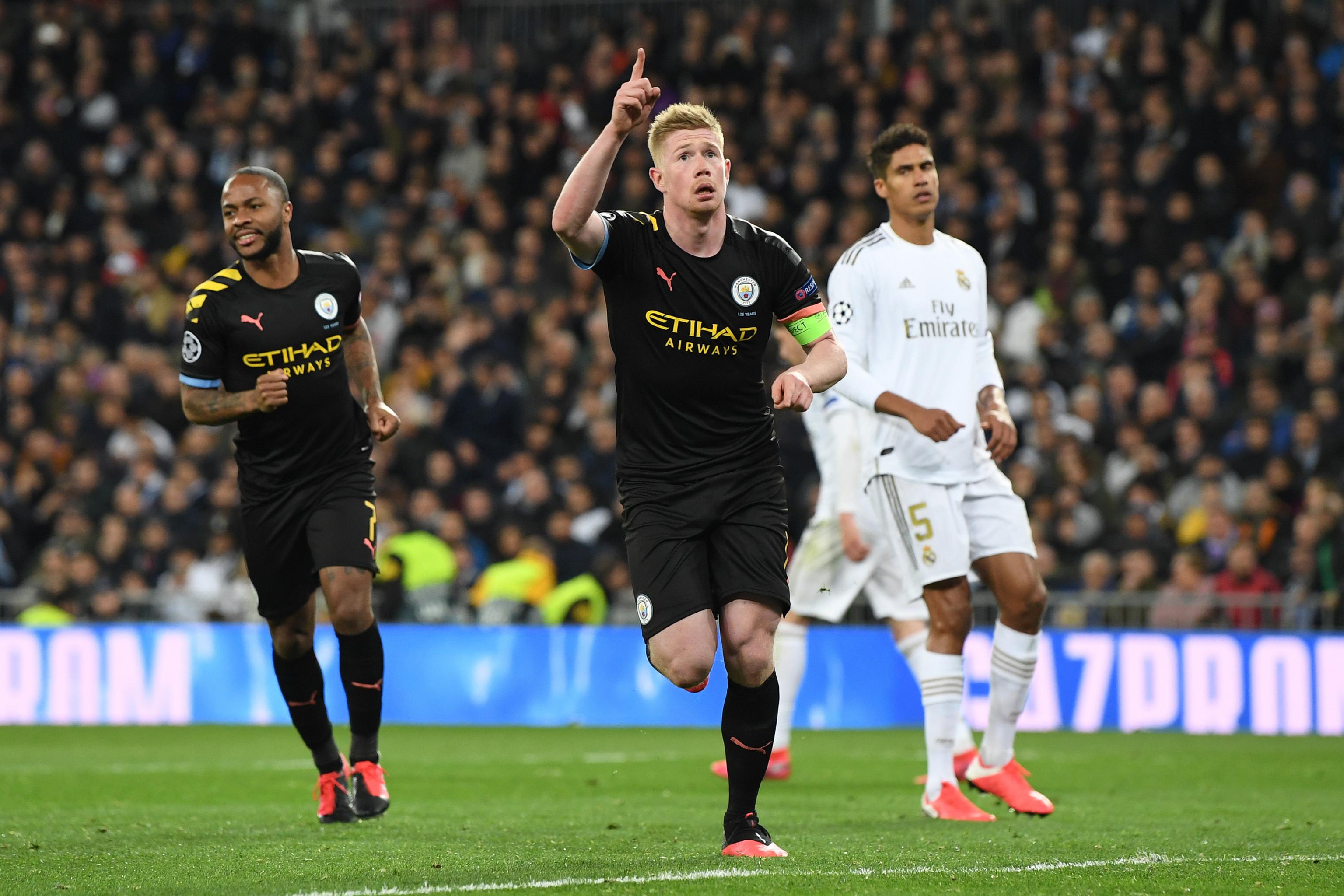