Lionel Messi: What Price For The Total Footballer?

By Ste Tudor | 30 August 2020
Ste wonders is you can put a price on the ultimate footballer.

Highlighting statistics regarding Lionel Messi in order to justify the huge sums needed to dislodge him from Barcelona is a thoroughly futile endeavour.

After all, we all know who he is and what he can do. We are all very aware that the Argentine is the greatest player to ever lace up a pair of boots and that he scores goals and makes assists with the same regularity you and I put the kettle on.

So what are mere numbers compared to the routine miracles we’ve witnessed with our very own eyes these past 16 years? We don’t need to know that the temperature of the sun’s surface is 5,500 degrees C. We know it is scorching hot. Similarly, we don’t need to know that Messi has scored 444 La Liga goals in 485 appearances to appreciate intuitively that he is the GOAT.

And yet. And yet a narrative has formed this past week – from the moment he has been linked with Manchester City though that is naturally a coincidence – that Messi’s powers are on the wane, with the creeping inevitability of passing years catching up with him.  He remains a brilliant player for sure, even the most clickbaity of scribblers will admit to that. But he is no longer the incredible player he once was.

This nonsensical reasoning needs debunking and that is precisely where stats do come in handy, even for a player as phenomenal as Lionel Messi. They act as a voice for our eyes. Proof in the pudding.

This past season StatsChecker.com have meticulously compiled the contributions of every footballer across the continent, analysing every aspect of their game with the specific intention of determining who is the most ‘complete’ player. And guess who tops the list. To repeat, this past season. The one just gone. The campaign so recent it is nigh on present tense.

Not only does this illustrate that ‘La Pulga’ is still ferreting his magic on a weekly basis but there is another element that is pertinent too, one that explains why Pep Guardiola is still so smitten by his former prodigy above and beyond the obvious reason of his greatness. For Lionel Messi – like Cruyff and his ilk before him – is the total footballer.

It’s a description that is rarely bestowed on the little genius and this despite all the amazing moments he has given us. We are too blindsided by the tricky, devilish runs and free-kicks that steal our breath away to truly appreciate that his all-round game has a direct  lineage to the Dutch philosophy of the 70s that was so informed by Cruyff and subsequently so informed Guardiola.

Think of Messi and what comes to mind? The ball sticking to his foot like glue. The artful passing and darting movement. His bewitching, bewildering dribbling. But there is so much more. So very much more. He is the perfect embodiment of the expansive, fluid vision that Guardiola holds dear.

Remember what the Catalan said a few years back, when asked if Sergio Aguero is the best striker in the world?  “The best is Messi. Messi is number 9, number 10, number 11, number 7, number 6, number 5, number 4”. He is, in short, everything to the Manchester City coach. Not a jewel or a cog but his entire vision made manifest. And what price do you pay for that? 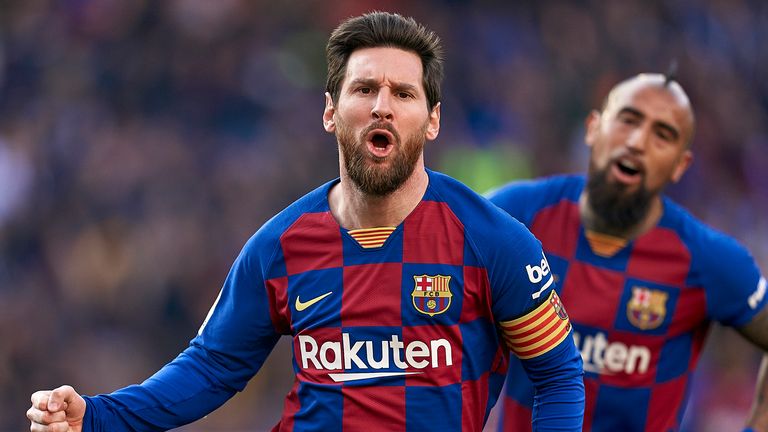