By Howard Hockin | 16 December 2021
For the final time, Howard says goodbye – and thanks – to Sergio Aguero.

So that is it. With something of a whimper, a career ends, and a new chapter or ten awaits. Sergio Aguero tearfully announced his retirement at the Camp Nou, and the respect and words of thanks and comfort of pretty much every great player of his generation, and beyond, was directed his way. If you want to understand his legacy, it was laid out right for you in the response to the news. There’s a reason Pep travelled to Barcelona to be there for him. A great had retired. Even playing for Manchester City for a decade could not deny the universal love that exists for the man that is Sergio Leonel Agüero del Castillo. A love I share, naturally. Because the thing about Sergio Aguero is that I did not just love him as a footballer, I loved him for everything else too.

We knew it was coming, there are few secrets anymore. News broke on Monday about the press conference, and it was not news that surprised anyone. Nevertheless, I was not prepared for the emotion of Aguero himself. Sergio’s tears were harder to take from a man who seemed so incessantly happy, a state of being that was tremendously contagious. His tears as he announced his retirement hit me hard, as they did you. But we knew why he was there, we knew what he would say. It can still jar to have it confirmed, though.

With retirement comes a need to look back at what went before. The young warrior with the tough upbringing, from the streets, who caught the world’s attention at Atletico Madrid. When he signed for City, I could hardly contain myself. For the first time in my lifetime, I knew that City had bought a superstar. And even though I knew that, his debut from the bench still exceeded anything my imagination could have mustered. Everything in that debut season, all the way to its astonishing denouement, reminded us of how fortunate we were to have Sergio Aguero wearing blue.

There was nowhere to go really after that debut season, because at a summit, there is only one direction you can go. There was nowhere for the team to go really, because I knew I had experienced the best moment of my footballing-life, as it was impossible to surpass it. But nevertheless, Sergio never descended that mountain. He stuck around, and his standards never diminished. He stuck around far longer than I could have dreamed too, and he let his football do the talking. He scored, a lot, more than anyone before him in that shirt, and he scored against the best and the worst. A hattrick against Bayern Munich was as joyful to watch as five goals in 20 minutes against Newcastle. Niggling injuries and the exhausting demands of Pep Guardiola would derail him temporarily, but he always came back stronger. Until that final season at City, when the signs were there that his body was beginning to flag after 15 years of supreme, balletic brilliance.

Where does Sergio stand in the pantheon of City legends? Near the top, perhaps at the top, but it doesn’t really matter. He’s a legend, and that is it. He gave me so much, that it is hard to comprehend. My football club, as a collective, mainly the players that go out on the pitch and the manager that guides them, control my mood and control much of my life. But it is rare, in fact it is unique that one of those players does not just control my life, but changes it forever.

Me and many others gave our thoughts on Sergio in the spring when we knew the end was near. You know the script. I may flip-flop on my favourite ever player, and City’s greatest ever player, but he will always be on the shortlist, whatever my mood. A Premier League great, the greatest striker that has played for my club, and the scorer of the heaviest goal you could wish or dream to witness.

But there are no tears from me, just an element of relief. Because there is nothing more important than your health. And that’s all that matters for Sergio Aguero now. Football doesn’t give everyone fairy-tale endings, however good the player may be, however much they may deserve it. In fact, it rarely does. We wanted that happy ending so much, that Champions League victory, a couple more trophies for good measure and some more goals to add to the scrap book. I even wanted him to succeed at Barcelona, as he had earned my good will to see him succeed in another club’s colours. It was not to be, but I would hope that Sergio has few regrets. After all, he was quite good, wasn’t he?

So, no more iconic goals. No more goals of any sort. No more explosive acceleration, shots and headers from all angles, no wheeling away with that cheeky smile on his face. The shirt will not be circled above his head another time. No more embarrassing Phil Jones. No more niggling injuries, no more Ollie Holt retweets.

But to the future. I have no idea what that holds for Sergio, and what he wants to do now that all he has ever known is over. It can be a difficult time for any footballer to forge a new path in life, but it was a moment they always knew was coming at one point, just not in these circumstances. With a note from a doctor. Football would be richer for him remaining in the sport, but time will tell as to whether he wants to.

Whatever he does, it was some journey, for him, and for us City fans. To state the blindingly obvious, I miss him in that shirt, but new heroes form, and new stars are born. I don’t think I’ll ever see someone quite like him though. He had something ethereal, something away from scoring some good goals and being good at kicking a pig’s bladder around various grassy surfaces. The timing was exquisite too, as all blues experienced a new City, a professional City, and a winning City. And that was partly down to him. A journey we went on together.

All the best Kun, whatever you decide to do. Thanks for saving my life, for changing it, thanks for the memories, thanks for everything. I swear, we’ll never see anyone like you again, and that you will never be forgotten. 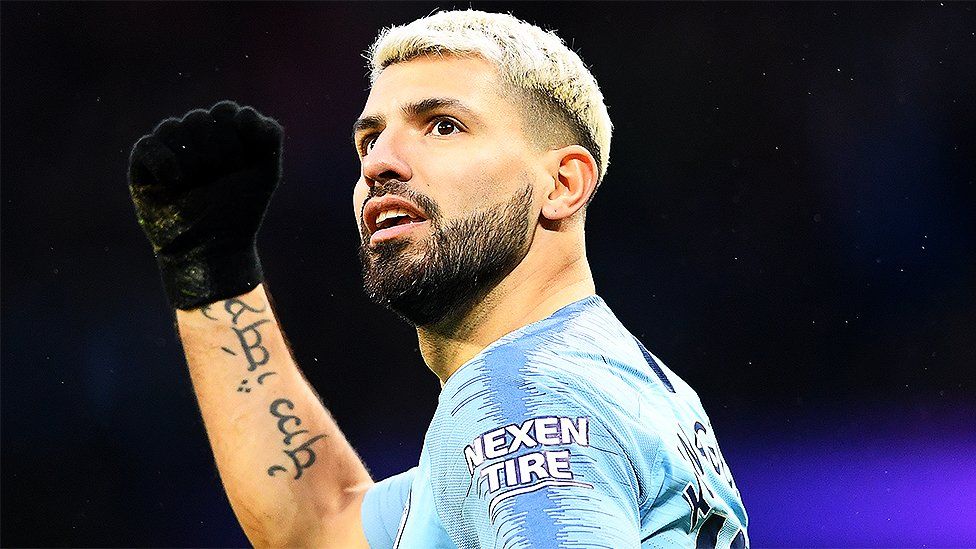