Ilkay Gundogan’s Inconsistent Form Has Flown Under The Radar

By Dan Larsen | 06 December 2019
Dan looks at the stats to examine why Ilkay Gundogan has been inconsistent this season.

Manchester City finally looked like the team we got accustomed to seeing over each of the past two seasons in their 4-1 mid-week demolition of Burnley on Tuesday night. It couldn’t have come at a better time either, given that their next two Premier League fixtures they have are against two of the traditional big six clubs in Manchester United and Arsenal, both of which should be difficult ties despite the poor form that both of those teams currently find themselves in.

Despite that encouraging match, though, it’s worth discussing the inconsistent performances of one of City’s most called upon midfielders: Ilkay Gundogan. Though he’s featured as a starter in most of their league games to date, Gundogan has had what can only be described as a roller-coaster run of form. Let’s dive into the numbers. Gundogan has appeared in 13 Premier League games to date, 10 of which have come as starts. He’s racked up just one goal and has no assists to his name in those appearances. His form rating on WhoScored.com suggests that he’s been even worse than those surface numbers suggest. His overall form rating in the 905 minutes he’s played in the league so far stands at just a 6.69. That mark puts him behind the likes of Nicholas Otamendi, Kyle Walker, and John Stones, all of who’ve had their fair share of rough outings in that competition to date. In the UEFA Champions League, however, he’s been very good. In City’s five UCL group games (all of which he’s started), he’s scored two goals and racked up one assist. His 7.50 form rating is the fourth best rating in the side in that competition,  behind only Raheem Sterling, Riyad Mahrez, and Rodri..

The causes behind Gundogan’s roller coaster form are a bit of mystery. Though his form rating is well below what he averaged last season in the league (7.10 in 31 appearances), for example, he’s actually averaging more key passes per game (1.5), than he has in any season of his career. His pass completion percentage in the league this season (90.6%) is just two-tenths of a percent worse than last season, and his total passing attempts haven’t trailed off in a significant way either (61.1 per game this season compared to 64.4 last season). He’s even posting less bad touches per game (0.6) than he averaged in the league last season (0.9).

At the defensive end of the pitch, Gundogan’s numbers are actually BETTER in some respects than they were a season ago. Through 13 league games, he’s averaging 0.7 tackles and 1.1 interceptions per game this season compared to 0.6 tackles and 0.9 interceptions in 31 league appearances a season ago. His average form rating in each position he’s played also contradicts conventional wisdom. Though it’s felt like he’s performed worse in the number eight role than he has in the holding spot, his average form rating across all competitions this season is actually worse there (6.81 in six appearances) than it is when he plays in a more advanced role (7.2 in nine total appearances).

One stat though does jump out and may begin to explain his wild fluctuations in form from game-to-game. Opponents have successfully dribbled past him 1.5 times per game in the league this season compared to 0.8 a season ago. In the UCL, where his form rating is higher ironically, he’s given up an average of two successful dribbles past him per game. One of the biggest problems the club have had at the defensive end of the pitch this season is the massive gaps they’ve been leaving when teams counter-attack against them. Too often, one or two of the team’s three midfielders are getting blown past in transition. Then, when their midfielders try to get back, they don’t have the pace to get back into those spaces in time to prevent opposing teams from creating chances from those openings. This was especially clear in the team’s 3-1 defeat at Anfield a few weeks ago. Ilkay Gundogan has been the midfielder who’s struggled to cope with this the most. Because he lacks elite pace, it can be easy for teams that are lethal on the counter to blow by him in transition. Add in the fact that he’s getting beat on the dribble more often in one-on-one situations, and you have a player that’s been a significant defensive liability at times in midfield, irrespective of whether he’s playing in the pivot spot or as an attacking midfielder. The stats back up that Gundogan has been a liability in City’s worst games this season. His form rating in their 3-2 defeat at Norwich was a 6.01. In their 2-0 shock loss at home against Wolves, his form rating was a 6.24. He also posted a form rating of 6.40 in the team’s 3-1 loss at Liverpool.

If City want to avoid similar results moving forward, Pep Guardiola will have to reconsider his use of Gundogan against elite counter-attacking sides. Someone like Phil Foden is much better suited to cope with the pace and physical demands of playing in the number eight role against these teams than Gundogan is, as is Bernardo Silva. Another alternative that Guardiola could explore is sitting Gundogan deeper in the build of play to protect him from being exploited on the counter. Instructing him to move up closer to the 18-yard box in more selective circumstances would help the team get more cover against counters, and put him in a better position to win balls back. Given Gundogan possesses an elite ability to read the game, this is a role he can and has excelled at. City could also help him by picking different personnel around him when he starts. Perhaps moving him to the right side of the midfield three, with Kyle Walker covering on that side as an inverted full-back, could allow Gundogan to venture further forward without potentially leaving the team as exposed if they turn the ball over. He would also stand to benefit from not playing alongside Rodri as often when City go up against teams with elite pace, given that both players are quite slow.

It won’t take much for him to find more consistency. However, Gundogan is certainly capable of more than we’ve seen from him so far this season. If City are going to reach elite levels, they’re going to need him to be at his best more often moving forward. 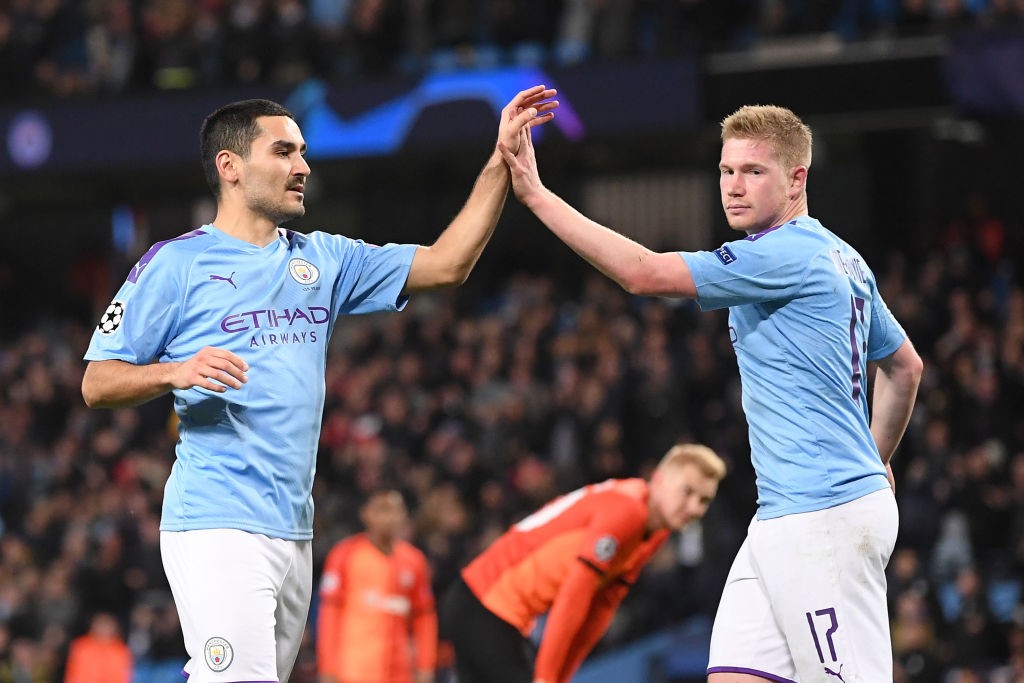