As the final details are agreed for the transfer of Kevin De Bruyne to Chelsea, their 11th acquisition from City in the past month, many City fans will look at the new squad with a certain amount of trepidation. True, the loss of their eight top scorers last season, on top of Jack Grealish’s sudden decision to commit himself to a monastic lifestyle on a remote Scottish island, has not made the task of retaining their Premier League title next season any easier. What’s more, with only four senior professionals left on the books, it puts a heavy burden on City’s talented youth products to step up to the plate and deliver during the 2022/23 season.

Those who dismiss City though, do so at their peril. Because perversely, City’s recent transfer activity gives them a clear advantage over Liverpool for next season’s title race, and shows City have utilised the transfer market with a level of class Liverpool never could – and Jurgen Klopp knows it.

To understand what City are doing, and why it makes sense, we must look back at Liverpool’s transfer activity in 2011. Andy Carroll was bought for £35m in the January window, and in the summer Stuart Downing was one of a few players that followed, for a fee thought to total over £20m. Both players proved to be utterly dogshit, which helps explain the strengthening City stance of not bringing in a wealth of new talent this summer. The transfer activity of Liverpool during that and many other transfer windows proves that money does not buy success, and that City would be foolish to spend big replacing departures. ADUG have displayed a patience and stoicism that FSG rarely have. By signing new players, Liverpool are simply copying City’s successful blueprint from past seasons, a sign of their desperation. Don’t be surprised if they copy the blues’ scouting database soon too.

Many would counter with the argument that City could just stick with what they have – a fair argument on the surface considering these players have delivered two successive Premier League titles. But the situation at Chelsea right now soon disproves that notion, and shows that City’s decision to sell almost all of their players makes complete sense. At Stamford Bridge, the existing squad has given manager Thomas Tuchel all manner of headaches over the past year. No wonder that their new owner is targeting so many players. Romelu Lukaku has already been loaned out, whilst Ziyech, Werner, Pulisic and more have failed to live up to expectations.  Existing players can often not deliver as expected, which further supports City’s desire to have no players at all. If you have no players, they cannot let you down.

There are further considerations to be included when assessing City’s summer. The sight of a tearful Moonchester leaving the ground with a cardboard box full of possessions did not go down well with many Citizens, but the bottom line is that Pep has always said those that do not want to be at the club can go, and that includes mascots. Fabrizio Romano’s tweet about Moonbeam bring loaned to Aston Villa has not helped calm concerns amongst blues, but they need to remain patient, and see how things pan out. As Wigan advertise to find someone to act as their pie mascot for next season, it shows that filling such roles can be as difficult as recruiting players.

And let’s be honest, the activities of other clubs smacks of desperation. Chelsea are bidding for every player on the planet, like a new Football Manager player, whilst Txiki Begiristain sits on a beach chilled, topping up his tan and laughing at the madness of it all. With a post-Covid premium on many transfers, City have wisely stepped away, using that premium to make money and wait until the time is right.

Ultimately, what perhaps this gives City more than anything going into next season is the element of surprise. The problem with the likes of Raheem Sterling, Kevin De Bruyne and Arsenal’s Ruben Dias is that everyone knew what they were capable of. The brilliant crosses, assured defending and top quality goals felt so – predictable? Not anymore. Now opposition teams and their managers have no idea what to expect, and City should be stronger for it.  Only a fool would bet against them securing another league title. Ultimately though, is this fire sale not just a case of Pep wanting to test himself? To prove that even with one hand tied behind his back, he is still the best in the world. Time will tell.

There are other factors too. As Mo Salah extracted a deal worth £3500,000 per week from FSG, a deal that with bonuses could total over £22 million per year, City were removing £18m a week from their monthly outgoings, a clear sign of a club being run on sound financial foundations, unlike others. City cannot afford to, as they are not funded by American hedge fund billionaires. What’s more, with Jurgen Klopp also signing a new contract, Liverpool now find themselves in a difficult situation. Two of their biggest assets on long-term contracts only serves to make it harder, and more costly, to dispose of their services should things turn sour. Pep has no desire to put himself in such a difficult situation, hence why his contract expires next summer. Sensible and flexible thinking that will serve the blue two-thirds of Manchester well. Liverpool, in comparison, are not quite so settled.

City Can Sign ‘Next Mesut Özil’ for £1.99 But Pep Guardiola Has Double Transfer Dilemma

Ultimately, the exodus of players from City may not be damaging, when we consider that City have a wildcard transfer option right in front of them who can help unleash new formation. That player is none other than James McAtee, a David Silva replacement for free. Add the generational talent of Cole Palmer, a Riyad Mahrez upgrade for nothing, and City are well-set for the future. What’s more, City do not need £90m Darwin Nunez ‘unicorns’ as Palmer has an even rarer quality – humility.

Perhaps it is time to look back to the past once more for answers. As a sole bottle (and no more) of Kopparberg Dark Fruits bounced off the window of the coach in which he travelled to Anfield, prior to a Champions League tie in April 2018, Bernardo Silva would probably have laughed at the amateurish attempts to unsettle him, in the scenario I am currently imagining. Yes, Liverpool went on to win the match 3-0, but that was more down to a biased referee and a corrupt VAR, even though it hadn’t been introduced yet. Now Bernardo Silva is at Liverpool after a £15m deal was struck between the two clubs last week, and he may soon realise the grass is not always greener on the other side of the fence. A couple of seasons of indifferent form and the odd ill-advised tweet, and it may end up being City who get the best out of this deal. Liverpool fans’ embrace of the move, despite their outrage at his pithily unarsed guard of honour, shows what short memories they have – something you can never accuse City fans of, who still hate James Milner because he did a lasso goal celebration. American money cannot buy you class.

With Haaland already seemingly desperate to leave City even before he has kicked a ball, City have planned well by ensuring they make a big profit when he leaves in the January window. As for Salah, his new contract has unwittingly paid Manchester City the biggest compliment possible. It is feasible that Salah was desperate to join City, but the lack of an approach from the blues was telling. And by staying at Liverpool, he has confirmed what we all knew. He is happy to chase City’s tail for the rest of his career. His lack of ambition is another problem for Jurgen Klopp to deal with, and once more shows the danger of retaining players.

Fifty miles away, by dropping Haaland straight in on the top wage bracket, Manchester City are blithely disregarding the importance of team culture, according to some. But the bottom line is that City’s owners are well aware of where this leads, and it is proof of their integration into UK life, and commitment to the country. Haaland’s wages will soon lead to other City players seeking parity, and many consider this a problem – but they’d be wrong to think so. A rise in wage bills is a good thing, as the tax contribution to the UK treasury will rise in line. The taxpayers of the UK should rejoice in this trend. If FSG had offered Salah his new contract a couple of months previous, as he desired, the country would be better off for it. Instead, we all suffer, and as the government announce further cuts to social care, FSG must shoulder some of the blame for this.

Ultimately, City are well set for future transfer dealings, more than any other club in the world, as they are the bestest at everything. You only have to look at the curious incident of Jadon Sancho moving to Manchester United, and City’s future pursuit of Jude Bellingham. Reports this week emerged of the Bundesliga side wanting €120m (£103m) for the 18-year-old midfielder, but similar reports emerged surrounding Jadon Sancho during the two summers (and more) that Manchester United chased the winger. Manchester United ended up paying a fee of £72m, and it probably can only help City’s cause that Sancho has failed to ignite since moving back to the Premier League, despite showing plenty of promise in Germany. Expect Bellingham’s price to drop over the next year, as City can rightly point out that performing in Germany means nothing in the wider scheme of things. It is not ridiculous to suggest they may even get him for free, and the mercurial youngster would surely jump at the chance of moving to City. City are run sensibly, so it makes sense to take this approach and….oh what’s the point, no one’s reading by this point. Honestly, get a journalism degree they said. You’ll be travelling the world and reporting on major events, they said. Bloody liars. F**k it. Jurgen Klopp smells of poo, and Anfield is a dump. There, I’ve said it – and Liverpool fans know it.

Howard’s new(ish) and final book, Twelfth Man, is available now on Amazon. Check it out. 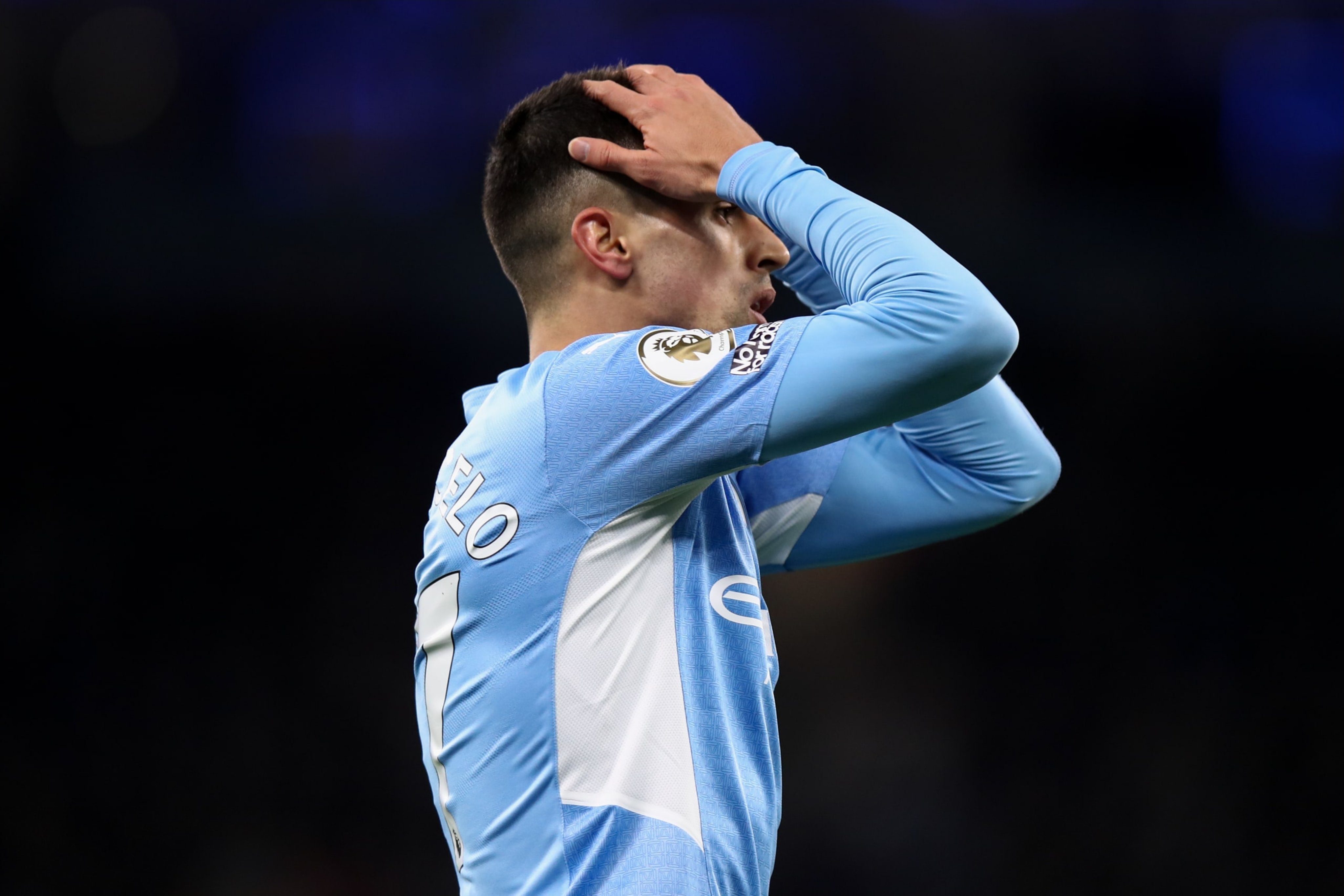