How I Fell In Love With Manchester City

By Dan Larsen| 24 March 2020
Dan explains how his love affair with the Citizens began.

With football sidelined for the foreseeable future, I thought now would be as good of a time as any to share my story of how I became a fan of the sport, and Manchester City Football Club. Unlike many of you, who’ve likely been fans of the beautiful game for as long you can remember, I grew up in the American heartland where soccer, as we call it here the states, wasn’t on our radar AT ALL. I was the born the early 1990s when men’s soccer in the United States was just beginning to come back into the mainstream here with the advent of Major League Soccer. However, I was born and raised in Wisconsin (still here today!), where American football dominated EVERYTHING. Basketball and baseball were secondary (at best). Soccer got barely any attention in our part of the country.

Since the time I was a little boy, American football was THE sport that our fall weekends every year revolved around. I remember watching Green Bay Packers games every weekend with my dad from the age of three on. For as long as I’ve been alive, the Packers have been a perennial title contender. We were fortunate to have traded for one of the greatest quarterbacks of all-time, Brett Favre, the year I was born. He led the Pack to their first Super Bowl win in the 1996-97 season, the team’s first since the glory days of the 1960’s when the team was coached by, arguably, the best coach of all-time in Vince Lombardi. After that, the team remained relevant virtually every season, both during his tenure at QB, and after with Aaron Rodgers. Even in our worst seasons, the Pack were almost always around the playoff race. The Packers were the key thing that united us in Wisconsin every fall.

My love for American football, however, began to fade a bit once I got in my later years of high school, especially after Brett Favre was traded away from Green Bay. I began to be drawn in more to the NBA and Major League Baseball. The Brewers burst into relevance for the first time in my lifetime in 2006-07. I went to my first baseball game in September of 2007, when the Brewers were chasing down their first playoff berth since 1982. That one game drew me into America’s past-time. The Bucks, on the basketball side, were never true contenders, but they were usually around the NBA playoff picture every season. It was the sport that had always been my second favorite since I was young.

It was during my final two year of high school, however, that I, and many other Americans, began to take an interest in soccer. It was the summer of 2009 when I really discovered the sport for the first time. That year, the FIFA Confederations Cup was going on in South Africa. Every game was carried live by ESPN, making games easily accessible to watch here in the States.

The United States Men’s National Team was in the midst of their most impressive run in an international tournament in a long time. They had made it out of a group that featured Brazil, Italy, and Egypt, by the skin of their teeth. They were set to face off against looming giants, Spain, in the semi-finals of the tournament. Even though the team spent much of that semi-finals match on the back-foot, as almost everyone would against Spain in the years to come, they found a way to pull off a MAJOR upset. They beat Spain 2-0, scoring on their only two shots on target in the match. I was hooked!

I recall watching every game of the elimination stages and finding myself captivated by the sport. The sophistication of the tactics that went into matches. The skill of individual players. The pace of play. The ability for anything to happen at ANY given moment in a match. All of it drew me in. It was unlike any other sport I had ever watched before.

The following summer, following my graduation from high school, was the 2010 FIFA World Cup. With every game broadcast across the ESPN networks again, and the tournament starting the same week as my graduation, I set aside days of my summer to watch every game.

Even though my rooting interest was my own country’s national team, I found myself looking for other, more realistic contender nations to follow closely as well in the likely event that the U.S. fell out of the tournament. It was during this tournament that I really found myself most intrigued by Spain. Their ability to bludgeon teams to death with possession, their skill and precision in every pass and movement, was unlike anything anyone else was doing. I found myself most impressed with David Silva, David Villa, Xavi, and Iniesta’s play in particular. This would be a catalyst to helping me find a club to root for.

It would be another year and half, however, before I finally found a club and league to follow closely. Because club football, specifically Premier League football, was shown primarily on Fox Soccer Channel during this time period, it was extremely difficult for seek out games. I was at college living in a dorm with VERY limited cable service. I couldn’t watch most EPL matches, even if I wanted to. However, once I got the channel back at home, I was finally able to put myself in a position where I could follow the EPL regularly.

It was the fall of 2011 when I would discover and commit to becoming a Manchester City fan. One of my close friends from high school was a Manchester United and Barcelona supporter. He was encouraging me to pick a club to commit to following. I was immediately turned off by Manchester United. Their level of success, up until that point of time, was not something I identified with. I was intrigued by Pep Guardiola, Lionel Messi, and Barcelona’s style of play, but I also liked Cristiano Ronaldo and other players on Real Madrid. That prevented me from ever committing to one of the two Spanish giants.

I wanted to find a club that was relevant in the title picture, but which had a more difficult history. A team which came from a position of humility. One that truly appreciated just how special winning a title is. After all, the Packers may have been contenders for most of my life, but they went through 30 years of awfulness before that, and had a lot of heartbreaking losses in the playoffs, even during their good seasons. The Brewers and Bucks have very tortured pasts too. The general misery of Wisconsin sports teams was what defined my life experiences as a sports fan more than anything else.

As I researched the clubs in the Premier League, one leaped out at me more than any: Manchester City. Here was this club with a storied past, with incredible highs and lows few major clubs have ever experienced. They were seeking to burst out of the shadow of their crosstown rivals and onto the world stage. They hadn’t won a League title in decades. They had players I enjoyed watching at the 2010 World Cup, particularly David Silva. I even dug the sky-blue jerseys, their logo, and the awesome atmosphere fans created at every home match. I was sold! I fully committed to the club that fall, and watched every single game, league, domestic cups, and UEFA Champions League, that they played in. I’ve never looked back.

My love for the club and sport became firm very quickly. Ever since that fall, City has been THE team I care about the most. City’s title wins have resonated with me more than the Packers winning the Super Bowl in 2011. The crazy way City won the title in 2012 probably sealed that for me! Even last season, when the Milwaukee Bucks looked like they might be on their way to winning their first NBA title since 1971, I found myself rooting for Manchester City to win the EPL title more than I did for the Bucks. If you had told me 12 years ago that I’d feel that way, I’d have laughed you out of the room. There’s something truly special about this club and this sport!

Everyone’s story of how they became a fan of the teams they follow and love is different. This is my story. This is the long journey that led me to becoming a fan of the beautiful game. This is how I became a Manchester City fan. This is what truly makes soccer the wonderful global sport that it is. There’s nothing else like it. 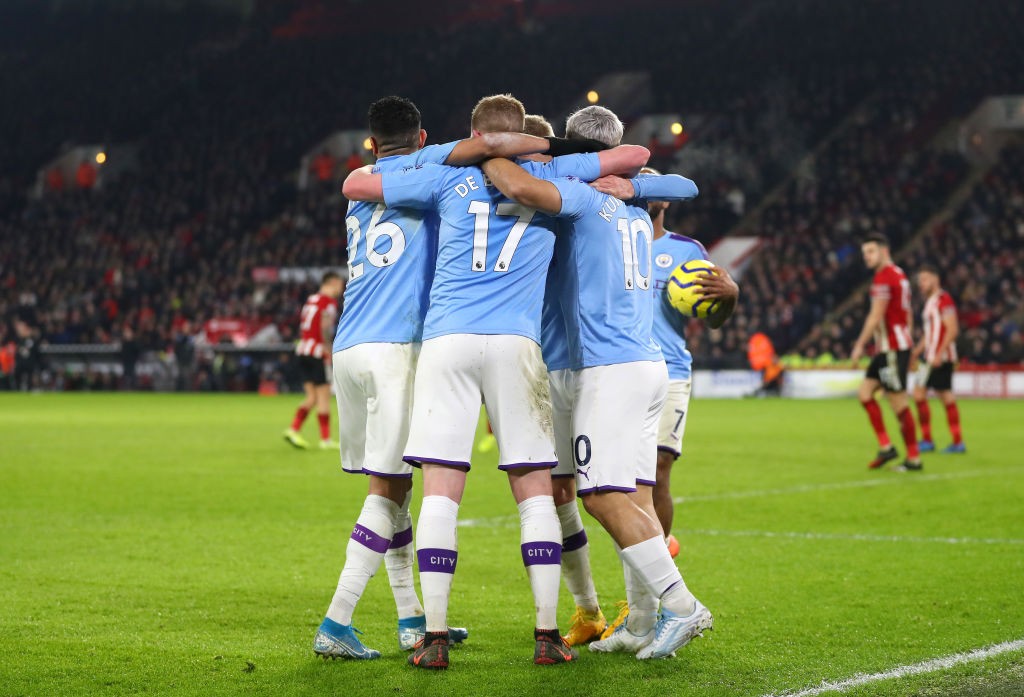