Mark looks at an age of football supporting before the internet.

November 7 1990. The library at The University of York. At last, my essay scores are rising. I have also been spending considerably more time in the aforementioned building and less time either in the student radio station or the campus bars and city centre pubs. These facts, I have regretfully concluded, are not unrelated.

Just as I am continuing to grapple with the origins of the First World War or the economy of Bismarckian Prussia, I see someone I know in the corner of my eye. He points at me, and then I can see he has started to laugh. He is a Tranmere Rovers fan and like the rest of us, a prankster and a fount of useless knowledge, largely on football, cricket and music but also on other matters. Like most of us at York, he was brainy enough to get an interview at Cambridge, but like the rest of us, they saw through him as the bullshitter he – and I – was.

I head back into my world of pig iron production and coalfields. He then comes over to my desk and slaps me on the back. He is still laughing. “What?” I say.

Still laughing, he says, “Howard Kendall has resigned from City and gone back to Everton.” There is an enormous grin on his face. “It’s hilarious,” he adds.

“Piss off. I am thinking about the Algeciras Conference now, not your wind-ups”. Tall stories were absolutely standard fare and this was one of the easiest to spot. Anyway, I was left alone, thankfully, to justify the nation’s investment in my education.

About 15 minutes later, I saw him again. This time, he had brought back-up. There were four of them now. All were smirking as they advanced towards me. To make things worse, a particularly terrifying female Librarian was also approaching at a ninety degree angle.

I had had a run-in with this woman a few months previously, not to do with the library, but with the major love of her life – The University Gilbert and Sullivan Society. They had not only commandeered a corner of one of the college bars, but 20 or 30 or them had started singing lustily a selection of numbers from their repertoire. While G&S is – to say the least – not really my musical bag, I tolerated songs of maids from school and policemen until the point she came over and asked me and my small group of friends to stop talking so that they could concentrate on their artistic endeavours.

It is fair to say that I did not indicate alignment with her request. My judgement as she approached was that she was likely to be uninterested in and indeed unsympathetic to North West football banter. My heart sank knowing that I would be blamed, I would have to explain who Howard Kendall was to her, and then have to repeat the process with my supervisor, a lovely man but one more interested in the Jacobite rebellions than when Paul Lake would be back from that injury that was beginning to worry me.

Mercifully, her path diverted and she strode purposefully on, but the gaggle of gigglers were heading straight for me. “You know Mark, it’s true.”

“Remember Tony Cozier.” This put me in a tough spot. The friend involved had indeed astonished me and several others in the legendary Spread Eagle pub in York a few weeks earlier by announcing that the West Indian cricket commentator Tony Cozier was white. To be fair, I was not the only person to immediately dismiss this as, even by the low bar of our conversations, a spectacularly absurd shaggy dog story. Days later, he turned up with a book with a picture of Cozier in it. I was at least not the only one who was staggered. “No, he’s really gone. It’s the truth.”

I was invited to pack my books up and go down to the student radio station, where I could view the evidence on teletext. “Bollocks. I am not falling for this shit.” I eventually agreed that in an hour or so when I had flogged Eric Hobsbawm’s long century (one for the historians there) to  death for the day, I would come down and “check” for myself.

An hour later, I turned up in triumph, expecting none of them to be there. I was wrong. They were all there. I was handed the remote control. When the page flicked round, the room erupted with laughter. There was cheering and derision. I couldn’t think of anything to say other than “fuck.” Repeatedly.

A couple of years later, I was working in my first proper paid journalism shifts. The phone always rings a couple of times a day with tip-offs. Most are either neighbour disputes or conspiracy theories but very occasionally, something worth knowing comes from this source and sometimes it’s the police press office calling you to say something has happened or someone has been charged and will be in court tomorrow. Every call has to be answered.

The phone rang: “Mark, will you answer that,” said the editor. A guy – who didn’t introduce himself, I didn’t know and I still think was a random, came on the line and confidently said that he’d heard Eric Cantona had left Leeds United and signed for Manchester United. I exchanged pleasantries, said we’d follow it up and put the phone down. “What was that, Mark?”

About three hours later, a look of horror passed across my face as the Press Association broke the news. This is still one of the greatest “shock transfer” stories of all time, I had had it on a plate and I had missed it. I decided not to lie about it, but also not to say anything. The story was duly reported and life moved on.  I read about the passing of the Editor a few years ago so I feel I can now relieve myself of this burden.

What does this prove? When people say football has changed they often mention the Premier League – it’s interesting that one of these stories happened prior to the 1992 schism and the other in the first season of the new league – but that’s not the biggest change.

Technology has changed how we interact with football. The way I found out about the Kendall story – and yes, it was for the rest of term considered one of the five funniest things that happened in the history of the universe – would not happen now. I wouldn’t even have a smartphone shoved in my face. WhatsApp would be tootling away before that.

The advent of camera phone and the instant publishing platforms that social media in effect are make bolt from the blue stories like the Kendall departure and Cantona transfer much less frequent. We usually know something. Not everything, but we have an inkling. Maybe the sudden way the Mansour takeover broke in 2008 was one of the last of a kind.

It was also before fans had their say. Fanzines were in their heyday at the turn of the 90s, but editors were still gatekeepers. There were barriers to entry and more time was spent on distribution than content generation. Things began to change with Compuserve, AOL and dial-up connections in the 90s. One of my University contemporaries (albeit not one of that posse in the library) ran the BBC 606 message board at around the turn of the century which became so huge it had to be shut because it was impossible to moderate.

All this has happened as the Premier League has developed and football has globalised. It’s often said that this has driven change around it, but I would suggest it is the other way round. The technology has changed football everywhere – all that has happened in England is that that change has been even more extreme.

Is that good or bad? It’s seen the growth of clickbait, endless trash about empty seats, desperately ill-informed political analysis of the Gulf States, newspapers seeing their business models destroyed and in an effort to delay the inevitable, racing to the bottom and of course, the “no history” brigade when with Manchester City, the answer to that is just a couple of clicks away.

But it has also produced an explosion of quality content and given anyone, anywhere the chance to share their worldview, their creativity. The simple fact is that hugely more rubbish is written about Manchester City than 30 years ago. But hugely more interesting, informed, quirky stuff is written too. All our priors have been challenged. You don’t need to be white, male and from Cheadle to write really interesting stuff about the Blues – although this will still be read proportionately by more far more white men from Cheadle than any other demographic on the planet. Good Day Gentlemen, you are our people!

You don’t even need to be at the match – although the stadium experience is different and better to any other. It’s taught me not to be snobby or purist and opened my mind. It’s not good or bad, it’s just a thing. The world has changed and so has football.

Twitter is a sewer but without it, you wouldn’t be reading this, a piece that seeks to understand the present, looks ahead to the future and appreciates, with rueful laughter, the past. 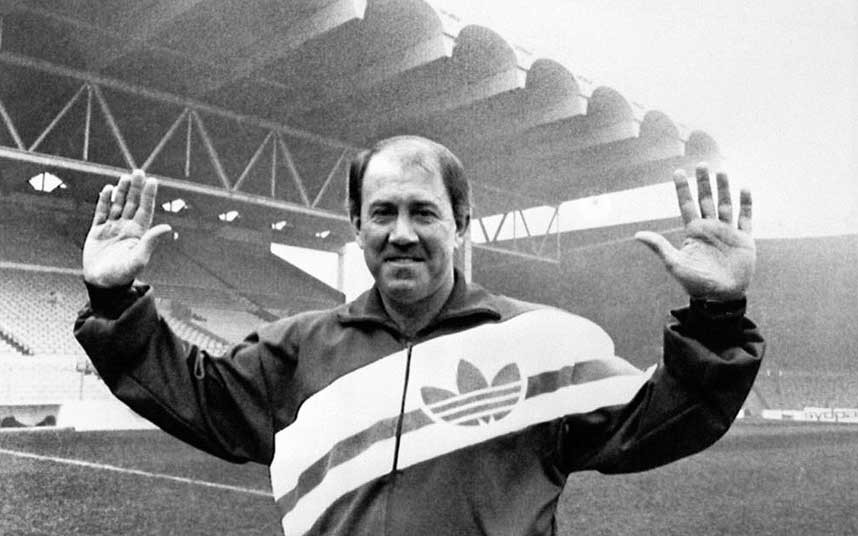