By Howard Hockin | 01 July 2020
Howard bemoans the departure of a supremely talented footballer.

It was the most inevitable news of the summer, once we learned that Liverpool fans had congregated to celebrate their league title. Leroy Sane is going to Bayern Munich, and agreements have been reached on all sides. We all knew it was going to happen, so it was hardly a shock to the system, unless you believed that no agreement would ever be reached on a fee. But that was never likely, as it made no sense to let this run on for another year.

A deal needed to be done, and all parties knew this. It might be construed as City having their tummy tickled and being a soft-touch, but when a player wants to leave a club, and the buying club know it, then the selling club hold none of the cards. It has happened a million times before, and it will happen a million times more. Except that for City, it has thankfully been a rare situation.

The fee is thought to be €49m with a possible €11m of add-ons. Just the sort of fee I expected, though predictably it left certain fans reeling on social media platforms. What were they expecting? The fee of course gives ample opportunity for the tired “Txiki is a fraud” narrative to be wheeled out once more (should have bought a defender last summer though). Fact is, there is nothing more City could have done, nothing that would have been to their benefit anyway. Refuse to sell him for less than, say £80m, and what happens? Sane sulks for a year, we pay out millions in wages and then lose him for nothing next summer, a pre-contract no doubt signed in January, meaning over £60m wasted for no gain. Sane had checked out of City a while ago. There was no point him staying at the club. Coming off the back of a serious injury and in a Coronavirus world that could hugely affect future transfer values, it was an obvious price under the circumstances. With no active transfer window on the horizon, City could have held out and stood firm for longer, but it seems the club were as keen to conclude matters as Sane and Bayern Munich. This had after all rumbled on for long enough, and with no other club in the mix, a bidding war was never happening.

It could have been oh so different. He could have gone a year ago, and City would be a tad wealthier right now. However, I’m not convinced that Sane’s injury in the Community Shield cost City up to £80m. Because despite the market value touted in the press last summer, one I agreed with, Bayern were never paying over £100m for him, or any other player. The Athletic article of last week, with better sources of course, says I am wrong about him possibly staying. But with two years left on his contract, and just four days of the transfer window remaining, and Bayern playing hardball as always, I am not convinced it was a done deal. City didn’t have to sell, unlike this summer, when to all intents and purposes, they did. Coutinho would arrive instead, so Bayern themselves could play the long game for a player with so many years left of his career. Of course if Sane had demanded to leave, then maybe a deal would have been thrashed out. But that would be inconsistent with the general belief held at City this season that they may have been able to persuade Leroy to sign a new contract whilst injured. They were wrong, and City lost enjoying another season of Sane in full flow due to an injury that seemed so innocuous at the time. I could never take any joy from a player getting injured, let alone a City one, but a small smirk did cross my mind at the arrogance of Bayern Munich that saw them so angry at City for having the bare cheek to play one of their players in a glorified friendly. The playground bullies of German football expect nothing less than other teams to roll over for them. Whatever the situation, the likelihood of him picking up such a severe injury was tiny. He could just have easily picked it up in training or getting out of the shower.

The fee is even more relevant when it is clear that Pep never truly embraced Leroy. He was not, it seems, a Pep player. You did not have to read between too many lines to see that. When Bayern will offer better wages than what City do, then something is not right. Perhaps Sane saw this as a sign that he was not valued, and considering he was never a certain starter despite his obscene talent, means it is perhaps understandable he had desires to move on. Maybe he felt a sense of anger or even betrayal at being picked for that Community Shield, a decision that cost him a year of his career, not that City are any more to blame for that than they are for a global pandemic. For Pep, the issue was never a question of talent, but attitude and commitment it seems. Leroy would not take on board his many instructions as he demanded. You have to buy in to Pep’s world to prosper under him. Leroy Sane never truly did, though he had enough great performances in him to suggest otherwise.

There has long been talk about Leroy Sane’s “attitude”. Was this why he was not picked for the German World Cup squad two years ago? Toni Kroos even broke rank to say as much. And above anyone else in the squad, Sane was one of those players who you knew within a few minutes whether he was going to play well or not. Whatever the truth, he never posed much of a problem for City, never spoke out of turn, never created headlines off the pitch.

That is not to take on the tone of a spurned lover – never liked him anyway. He has a huge ceiling, my feeling always that his is significant higher than Raheem Sterling’s and if he settles back in his homeland, then consistency may come, and the world is his oyster. It would be painful to witness, though I wish him no harm. I’m not used to players leaving City and on to better things, so it will be a weird feeling to endure. And even if he is not wholly consistent, by moving to a team that has just secured its 8th successive league title, he doesn’t have to be much of the time. I’m sure the focus will be there for the big games. It just feels like such a wasted opportunity, when he could have been so much more, in sky blue.

But this was never just about Sane. His girlfriend wanted him to stay at City, but the sway of an insistent mother won the day in the end, as it often does. Leroy will raise his child in Germany, as she always wanted. Sane will probably see this as accelerating his path to a regular spot in the Germany squad, though if he was good enough consistently enough, his club of choice should not matter. But we all know that playing for certain teams is essentially a free pass into a national squad. Apropos of nothing, what’s Jesse Lingard up to nowadays?

Of course Pep might just play him now in league games for the hell of it, and he could be a great asset still in the cups. But that is all rather unlikely. Once you’re done with Pep, you’re done. He’ll want him gone, and so expect him to be in Munich well before he can play football there. A cameo against Burnley will be his final appearance in a City shirt.

He was a big part of the record-breaking teams of the past two seasons, and the winner against Liverpool will live long in the memory, as will his free kick against Schalke, even if its importance was not as great. On his day, he is as graceful a footballer as you would hope to see. It’s just an acute disappointment that it feels like we never got to see enough of that at City. But at the tender age of 24, he has the time on his side to reach the very top, elsewhere. He will be missed. There have been plenty of moments in league matches this season that cried out for Sane’s influence. Cried out for his poise, power, pace and finishing. But let’s not pretend that such skills were guaranteed when he stepped onto a pitch. I wish him good luck, just not against City.

Still, Bayern Munich remain at the top of the **** list, and perhaps it is time City threw their weight around and unsettled some of their players, just to see how they like it. It’s not as if we couldn’t fit the likes of Alaba in the squad, just one player who also has a rapidly diminishing contract. Though imagine thinking City have never tapped up hundreds of players themselves, along with every other club. They’re just (usually) more discreet about it.

And to state the obvious, he needs replacing, whatever Pep says. Jayden Braaf is nowhere near ready to replace him. I mean, I’ve never seen him play, but he’s nowhere near ready. It’s 18 months since City have enjoyed peak Sane, and the club will obviously survive just fine without him and move on. It’s time to use that global scouting network and find a similar player whose dynamism can change a game. Let’s hope the hierarchy think the same, rather than once more making do with what we’ve got. I wonder if Jadon Sancho misses the persistent drizzle? I certainly hope so. Goodbye Leroy Sane, and a begrudging good luck. It’s no shock to want to return to the best team in your home country, and perhaps the best team in Europe. It feels like there were more stories to tell, but it wasn’t to be, and both you and the manager you credited with transforming you as a player knew it was over.
Auf wiedersehen, from Pep and us blues. 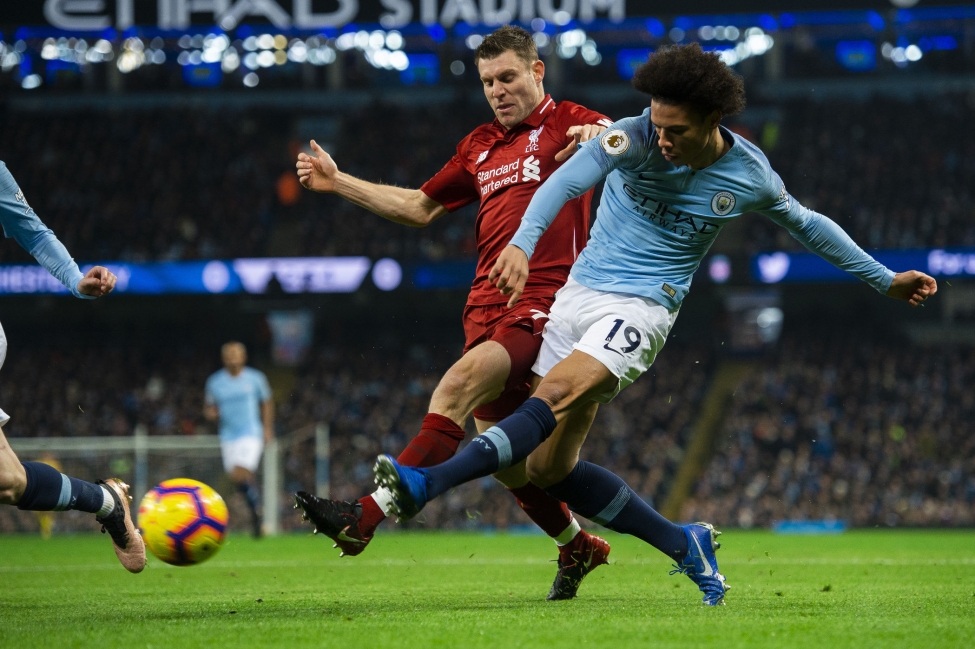