Are Manchester City On The Cusp Of European Glory? Fortune Favours The Brave.

The European stage has not been the kindest to Manchester City Football Club. Since the team’s footballing renaissance began after their financial takeover in 2008, they’ve almost exclusively found nothing but heartbreak in UEFA’s grandest club competition. That misfortune, however, may finally be starting to change.

The UEFA Champions League semi-final first leg in Paris on Wednesday night was a roller coaster. City were on the receiving end in the first half of an absolutely controlled display from Paris Saint Germain. Though the first 15 minutes saw City hold the majority of possession, they did with little it while PSG pressured them in their limited time on the ball.

Things shifted further in PSG’s favour after Marquinhos opened the scoring with a header from a set-piece in the 15th minute. For the remainder of the half, City had to hold on and try to weather the storm as PSG dictated the game and created chances, particularly dangerous ones on set-pieces. Phil Foden would get a fantastic chance to score for City shortly before the break, but his shot went right at goalkeeper Keylor Navas. The expected goal totals at half-time reflected the French club’s level of dominance (1.48 to .45).

Watching the first 45 minutes of the tie, you could have been forgiven for thinking that you had seen this story play out before. Their first half performance looked a lot like what City had done in similar ties in the latter stages of this competition in recent seasons. They were under clear pressure defensively (primarily on set-pieces), with a defensive mistake (no one marking Marquinhos) leading to a goal. They were relatively feckless in attack, even when they had long spells in possession. The one clear cut chance that they created was left lacking in the pivotal moment. However, just a solitary goal separated the teams at the break. City had survived the kind of pressure that they had welted under in previous campaigns to remain well within the tie.

From the earliest moments of the second half, it became apparent that the momentum was beginning to shift. PSG were content to play in a low block to try and protect the lead that they held, something that Mauricio Pochettino’s sides had successfully done against City back when he was coaching Tottenham. City took advantage of this and began to turn the screw. They completely controlled the ball and were probing for an equalizing goal. The few times that PSG tried to pass out from the back and counter, they were stifled by the City high press that has undone so many English sides in the Premier League this season.

Then, good fortune struck. A dangerous cross by Kevin De Bruyne towards the far-right post froze the PSG keeper just long enough for it to creep into the back of the net. It was the kind of crazy goal that City has too often been on the receiving end of in Europe. With a crucial away goal on the board, the advantage in the tie was now firmly with City.

City also deserve a tonne of credit for the way that they turned things around. Despite their set-piece issues in the first half, their defence stifled the two greatest threats in PSG’s attack in Kylian Mbappe and Neymar. Mbappe finished the game with fewer touches of the ball (30) than Ederson (31). This was the first UCL match in his career that Mbappe had failed to register a single shot. He and Neymar combined for just .11 xG. That’s a testament to the play of Ruben Dias, John Stones, and the rest of the City defence in limiting what PSG could do in open play.

Controlling the game in the manner in which they did in the second half also gave them a chance to turn things around. It was no small feat to do that either given the quality of their opposition, the stakes of the game, and given how they’ve historically struggled in these situations. City have won just once in their last 105 Premier League games when trailing at half, a record dating back to 1995. They just won back-to-back away ties in the hardest stages of the UCL after trailing at half-time. They showed the resiliency and composure that a team needs to win at this level.

This tie, of course is by no means over. Far from it. PSG may need to score at least two goals next week, but they are better equipped than arguably anyone to turn around a tie from this position. However, City have put themselves in the virtually the best position possible to advance to their first ever UCL final. Perhaps good fortune is finally shining on Manchester City in Europe? 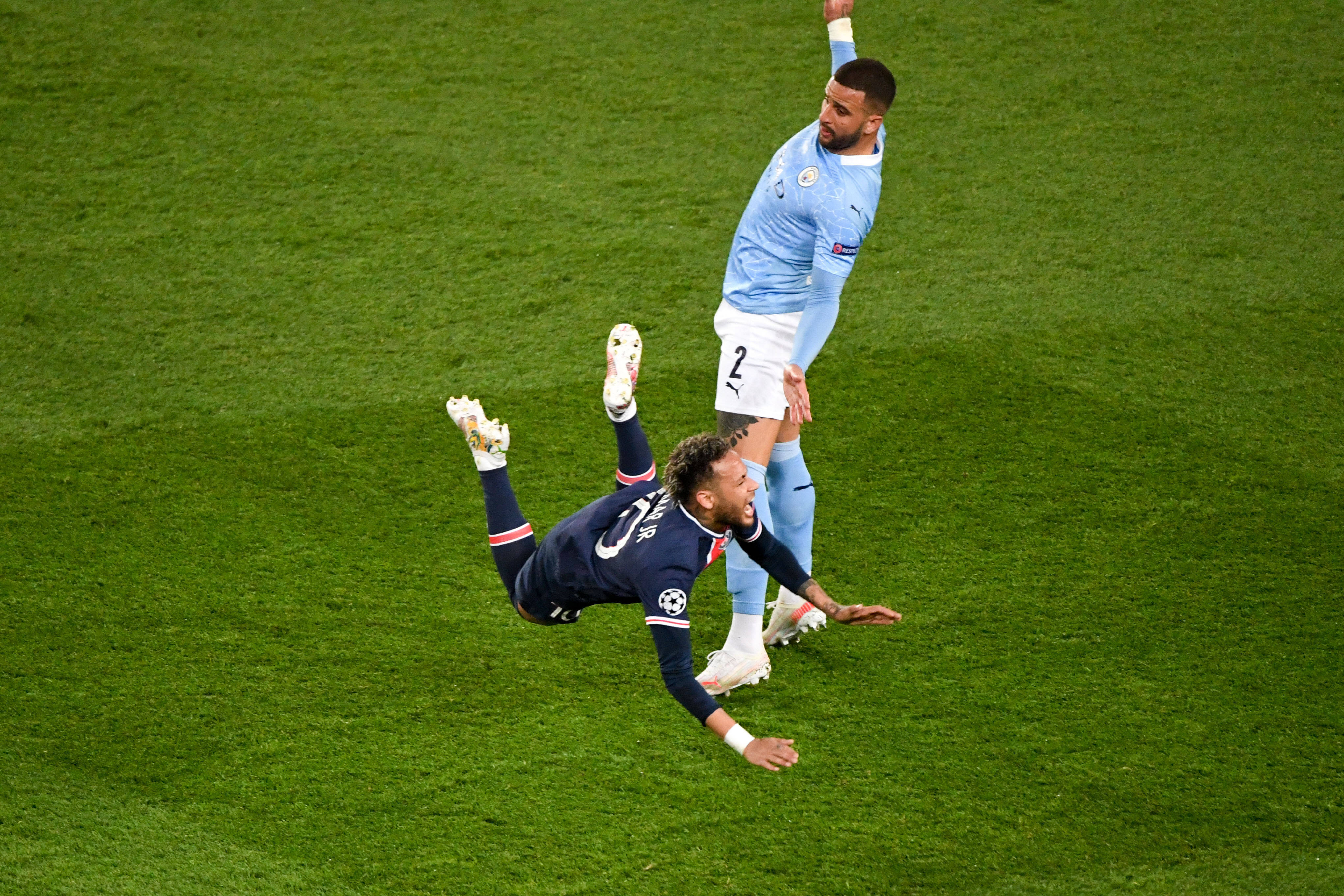