By Howard Hockin | 18 September 2020
Howard tries to make sense of what may lie ahead for Manchester City in the coming 9 months.

Not long now. It seems like only last month that the previous season finished, because it was last month when the previous season finished. There is little rest for the wicked, and so a week after sixteen other teams kicked off, and a couple of days after some teams have already played twice, City’s season will begin. At 8:15pm, on a Monday night, in an empty stadium. 2020 is the year that continues to give.

A small gap between seasons gives City the chance of a quick redemption. For many blues, it predictably just accelerates the doom and gloom that gets them through the day. City acted quickly and decisively early in the transfer window, then had a little snooze, that developed quickly into an induced coma. A coma precipitated by the latest transfer saga that makes the Isco pursuit seem like little more than a brief dalliance in an Icelandic hotel room.  To keep you up to date, this is where we currently stand with Kalidou Koulibaly – he has his suitcase packed still, though he has had to take the toothpaste out, he has agreed terms with City for both £10m and £12m and £9m and £14m a year, and City have bid both £70m, £65m and have also not yet submitted a bid as they don’t like Napoli’s owner. I hope this clears things up.

Either way, there is panic in the ranks. We all know another defender is needed and we’ve known it for over a year. It is frustrating that it is still an issue, but I am confident a big name will arrive by October 5th. As City haven’t really had a pre-season of note, I guess an arrival mid-season is not as important as it might once have been. Just as important in a way is someone else stepping up to the plate – in a season that will never relent, John Stones getting his mojo back or Eric Garcia deciding Ronald Koeman and his sockless slip-ons are not for him may have as big an impact on the season.

But who can truly predict what lies ahead, for any team? A perfect squad would have seen the arrival of another midfielder to provide legs, a proper left-back as competition for Benjamin Mendy and a top-class striker. But does a squad have to be perfect to be successful? Have City ever had a perfect squad? And in these Covid times, did City really have a £300m war chest? I doubt it very much. And to expect that level of outlay during these times is laughable and a pretty pathetic reason to be directing ire at those that run our football club.

The two signings that have been completed have gone under the radar somewhat. Ferran Torres is an exciting player whose transfer fee has deceived some into thinking he is little more than a good prospect for the future. He may be closer to being a first team regular than many realise. Nathan Ake is a cultured player and a welcome addition to the defensive roster, but is a signing that improves further in conjunction with the arrival of an additional established central defender. Apparently City are on the market for one. Of course there is not just Vincent Kompany to replace by now, but David Silva and Leroy Sane too.

Success will rely on fortune as much as skill. Without a perfect squad, Mendy must avoid another significant injury, and Sergio Aguero must too. If the season is once more defined by a long-term injury to a key player, then the mood and prospects of this stellar squad changes instantly. Last season’s underwhelming nature was not just down to a lack of recruitment though. The intensity waned, the system wobbled, the mistakes were amplified. Square pegs were repeatedly placed in round holes. That is linked to recruitment, but it still wasn’t necessary much of the time. More clarity is needed in team selection, more stability, more understanding of roles. Profligacy was as costly as defensive deficiencies. An injured Sergio Aguero for 1/2 months will not help on that score. There is no guarantee that recruitment rectifies the issues of last season, because the issues occurred with players who had previously scaled the domestic heights. It is about application as well as a refreshment of the squad and an influx of new talent and younger legs. Recruitment does not prevent Raheem Sterling missing an open goal nor an Ederson red card.

But who knows? Who really knows how players are going to perform week after week in such unique circumstances? Who knows which teams will suffer the most muscle injuries, a spate of which are inevitable in the coming months? It seems the experts think empty stadia benefits Manchester City over the likes of Liverpool. They remove emotion and favour pure skill, and City still have the most talented squad for me, whatever some may say, though the arrival of Thiago at Anfield certainly helps level the playing field. Of course the match-day atmosphere at Anfield is usually little different to most other Premier League grounds, as excitable as a root canal procedure. But Klopp certainly plays off emotion and will have to find new ways to do that. I don’t think it’s that big a factor though, and gradually those crowds will return. Fitness and squad depth will play a more important role, during a brutal schedule. Klopp’s advantage over Pep is that he will gladly sack off the two domestic trophies in search of the bigger prizes, while Pep will look to win every tournament he enters. Surely even Pep will throw more kids in for the Carabao Cup? I can picture the online frenzy when he names his strongest side for Millwall away. Either way, I certainly don’t think a global pandemic has helped the promoted clubs, reliant on home form and the support of a passionate crowd full of hope and dreams.

But this is the season where predictions have never been more worthless. This is not normality, and perhaps the final league table will reflect that. Despite the glacial transfer activity, City go into the season as clear favourites for the league with the bookies, as they always do. You never see a poor bookie, but this is a league and a sport that has always been tough to predict. A truly competitive title race for once will lower the bar on how many points will be needed to finish top of the pile, while doubts must be raised as to how long Jurgen’s special energy drinks can maintain the intensity in his players. I have been burned too many times. Every season I predict that it will be the most competitive league title race in decades, every season I predict Burnley will implode, and that a promoted side that eventually gets relegated will finish in mid-table at least. This season’s choice is of course Leeds United, so put money on them being bottom on Xmas Day.

The issue for City as much as anything is the fixture list as much as the squad. Because the fear of falling behind in the table injects fear into a fan base. With no pre-season and up against two good sides in Wolves and Leicester, whose seasons are ahead of ours, City run the risk of falling behind. Getting 3 or 4 points from the opening two games is no disaster, but it will be perceived by some that way. We just don’t know what the margin for error will be at the top, and everyone plays everyone else twice of course. But if City are playing catch-up, will it add to the pressure and anxiety of the players, or just a section of the fan base? By missing the first game, playing catch-up is a necessity, but a slow start will exacerbate the tension.

Above all, this is a key season for Pep Guardiola. For many, his reluctance so far to sign a new contract puts City at a disadvantage for the season ahead. Do players respond to a manager whose future is uncertain? I think its relevance has been overplayed, but we will see. The City squad should not need incentives to succeed after last season, but the smallest factors can make all the difference. It may also affect the transfer policies that are discussed daily online and in Txiki’s office. Players like to know who they are playing for, well into the future. But it is key for Pep too for his reputation, his legacy. If it is his last season, then it may define his time at City, partly at least. Not totally, as 198 points over two seasons is a fairly good pointer for me. But the pressure to succeed in Europe grows with each season. And that is fair enough – he is paid enough and is intelligent enough to accept that, and understand it is part of his job. He knows the score. Pep’s legacy should be about more than points gained and trophies won, but ultimately that is how many managers will be judged and defined.

I cannot say that I go into this season with the traditional new-season buzz. Or that I am particularly looking forward to it. That’s not because of last season, or our transfer activity, or Pep’s contract or unnecessary photos of Phil Foden’s arse cheeks. It is because I don’t know what to think about anything anymore, nor do I know what lies ahead. City will at some point thrash another team and the mojo will return. The adrenaline hit you get when this beautiful team purrs and functions as a unit. The desire to return to the stadium. The desire to anoint new legends now that David Silva is gone, leaving another hole in this squad. The reminder of why you love your club and what the past decade has given you as a Manchester City fan. And hopefully soon I will be in the stadium to see it all happen. But until then, the couch it is, a brave new world, and another fascinating season that lies ahead. I hope by the end I reconnect with the beautiful game and appreciate the beauty of  the football I now get to watch on a regular basis. 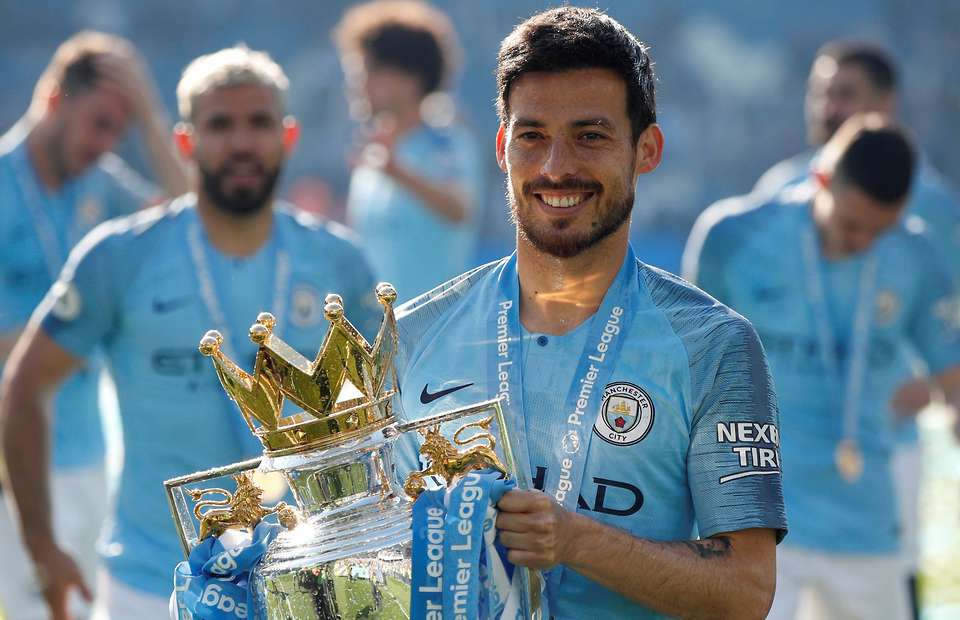