By Dan Larsen | 09 March 2021
Dan examines how our eyes and the stats tell different stories.

Manchester City’s record winning run finally came to end this past weekend at the hands of Manchester United. Their 2-0 defeat marked their first loss any competition since they lost by an identical score line at Tottenham back in November.

The derby was up there among City’s worst performances of the Premier League season. Gabriel Jesus committed an uncharacteristically careless foul to give away a penalty just seconds into the game. Bruno Fernandes struck home from the spot to give United a 1-0 lead right out of the gate.

For the next 15 minutes, United would continue to stifle City, high pressing them in a way that few other teams have successfully been able to over the past three months. Even when the tide turned, and City began to assert control of possession, they created very little.

City also looked vulnerable on the counter throughout the entirety of the match. United posed a decent threat every time that they broke. Luke Shaw, Daniel James, and Marcus Rashford all put in an excellent shift. It would be Shaw that would give United their second just minutes into the second half.

Once the second goal went in, City looked finished. The typical swagger that they played with was gone. They continued to give away the ball in bad areas time after time and were continuing to create little of note. Only after substitutions were made, especially after Phil Foden was introduced, did it look like they might get a consolation goal.

The statistics back up what we saw on the pitch on Sunday. City created just 1.28 xG in the game despite taking 26 shots. United, on the other hand, created 2.11 xG from just eight shots. It was a very similar performance to what we saw against West Ham just a few games before (the xG line in that game was 1.93 to 0.76 in favor of West Ham), but the result was very different.  The game was objectively one of City’s poorest performances in the Premier League this season.

One of the major talking points coming out the game had to do with Kevin De Bruyne. Since returning from injury, he’s looked a bit off the pace relative to what we’re accustomed to seeing from him. The team’s chemistry, in particular, hasn’t looked quite as sharp since he’s reintegration back into the side. Sunday’s loss raised an interesting question: are Manchester City currently better with Kevin De Bruyne in the starting XI? The answer to this question is certainly open for debate. It’s a heated topic, as Monday’s 93:20 pod highlighted. Let’s first look at the statistical side of things since he’s returned.

A deep dive into his stats since his return suggests that he’s played a bit better than how he’s looked on the pitch. De Bruyne made his return to the lineup against Arsenal on February 21st. He played 67 minutes in that match before being subbed off. His form rating in that game, according to whoscored.com, was a middling 6.81. He had a couple of moments of sloppy play, from misplacing passes to getting caught on the ball a few times, but he also led the team in key passes (three) despite being subbed off early.

His second appearance since returning from injury would come against West Ham. That match saw him play with a heavily rotated side from the one that City had played throughout most of their winning run, with the likes of Fernandinho, Ferran Torres, and Sergio Aguero moving into the starting XI. City, as mentioned above, played well below their typical level, yet they were still able to squeak out a 2-1 victory.

It was another match where De Bruyne was unusually sloppy with the ball. He completed just 78.7% of his passes and got caught on the ball a few times as well. These specific moments help contribute to some of West Ham’s best counter-attacking opportunities.  However, he also played a pivotal role in creating the key chances that City had, generating two key passes, completing two crosses and two long balls, and racking up a crucial assist. He finished as City’s man-of-the-match with a 7.97 form rating.

Last week, against Wolves, he had a relatively discreet game. He had just one key pass in the game and finished with a 7.3 match rating. However, City put in one of their most dominant performances of the season that day, creating 3.26 xG to Wolves 0.32. It was a match that should have reminded folks that City can still play at an elite level when Kevin De Bruyne starts.

Sunday’s performance was another mixed bag from him. He had eight key passes in the game, far surpassing anyone else from either team. He also completed less than 80% of his passes again on 63 attempts. His form rating finished at a 7.16, second best in the side behind Rodri.

What do these statistics tell us? They show us that the attacking midfield ace has been a bit more impactful than what originally meets the eye. Though he is certainly struggling to hit the heights that he was at before his injury, he’s still having a positive, creative impact when he’s on the pitch.

These statistics, however, only tell us part of the story. De Bruyne has visually looked a level below his best since his return. His misplacing of passes, particularly the more difficult ones that he attempts earlier in the build-up play, have sometimes contributed to excellent counter-attacking opportunities for the opposition. He’s undoubtedly the biggest risk-taker in the side when it comes to attempting these kinds of passes, and when he’s not executing them to perfection, they can leave the team vulnerable.

His free roaming role is also a dramatic tactical change from how the team has played when Bernardo Silva was in his position in the lineup. Silva tends to keeps himself located in the centre third of the pitch while De Bruyne often drifts into wider positions to whip in crosses. This roaming role has sometimes left gaps for teams to exploit on the counter. It was part of the reason reason why Ilkay Gundogan had to drop deeper in the build-up at times on Sunday rather than sticking to the more advanced role that he’s excelled in just behind the front three.

City’s press has also looked uneven when he’s been in the lineup. Silva’s pressing is arguably the best in the side behind Gabriel Jesus. His seemingly endless energy, along with his excellent reading and anticipation of the game, gives City a constant threat in their press when he takes up one of the front two positions when the team are out of possession. De Bruyne, on the other hand, has looked quite leggy when asked to take up this second role next to the centre forward. Given the importance that the press has had in leading to some of the team’s best chances, this has taken away a key dimension of their play when he has started. This suggests that he may still be working his way back to full match fitness.

These differences have had an impact on the team. They are still getting results with him in the lineup, but they haven’t looked as consistent or sharp as they were before. Much of the blame, though, has been unfairly attributed to him. The entire City team, bar Riyad Mahrez and John Stones, looked off the pace on Sunday. He was also, as mentioned before, City’s best player in their sub-par performance against West Ham.

There’s still time for him to get into a better rhythm before City’s big games in the FA Cup, UEFA Champions League, and Carabao Cup occur. He’ll need to be tighter with the ball, sharper in his decision-making, and better in the press if he’s going to lock down his spot in the team. If he isn’t able to do so, Pep Guardiola will need to seriously consider dropping him from the starting XI for the biggest games. The stakes are simply too high. 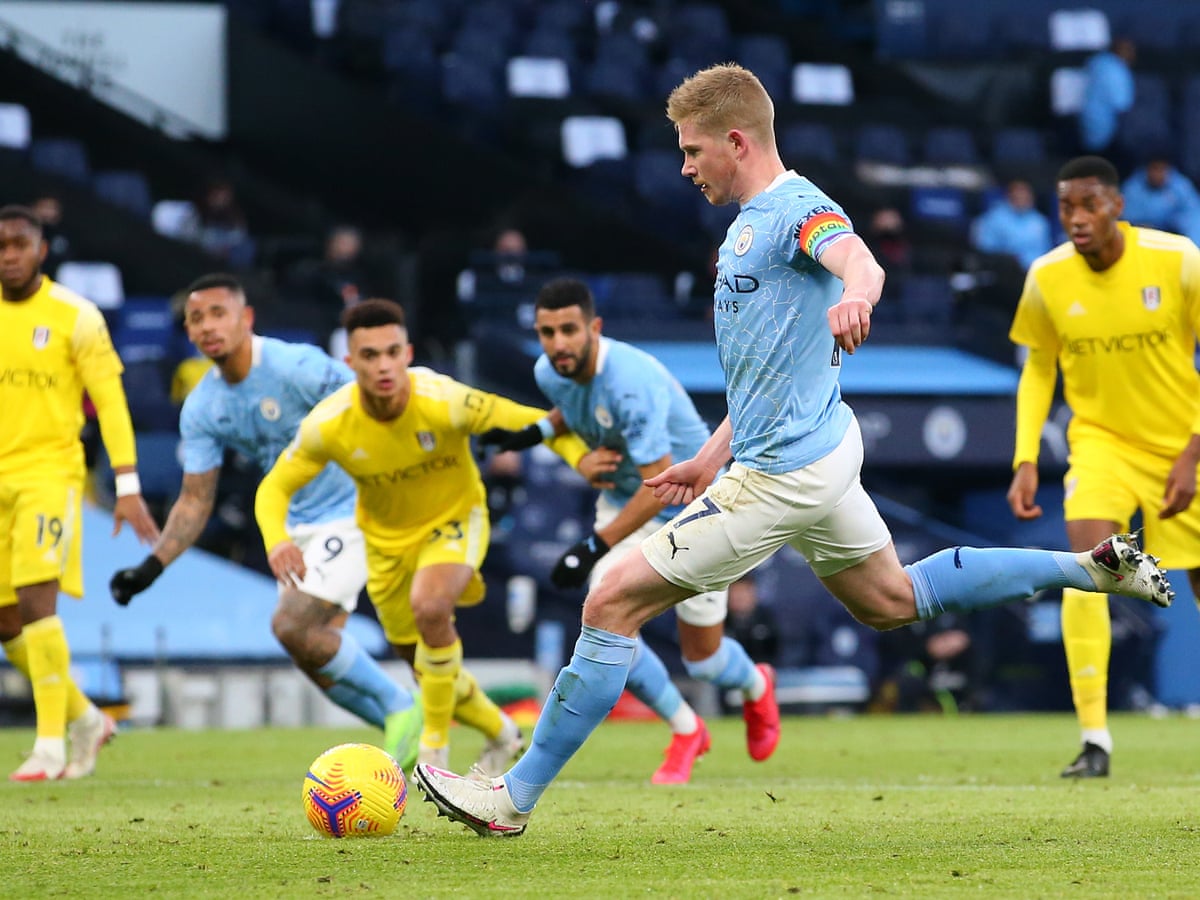