By Howard Hockin | 16 March 2020
Howard argues that we need to stop trying to predict what happens with football.

If you are a keen football fan, whose team still had something on the line as we entered the month of March, the impact of the Coronavirus seemed so distant at one point, its main impact being that on your beloved football team. With each day since though, the danger to us all has become all too real. With each day, how football deals with the pandemic seems less important than before. If Boris Johnson has taken one terrible gamble, then it will cease to matter at all, for the foreseeable future.  There will be issues and challenges that will dwarf that of deciding a league table. For many a team in lower divisions, the main issue will not just be the table itself, but their very existence. Many teams are about to go to the wall, sadly. One chairman of a team in League 1 told a friend that he expects the Coronavirus to cost his club £1.5-£2m. These are terrible times, but our priorities will and should lie elsewhere.

But for many of us, football is an integral part of our lives. It is woven into our week, we arrange our lives around it. A friend who plans a wedding on FA Cup final weekend is a friend no more. A bad refereeing decision can make us angrier than reading about genocide in Rwanda. Our world is not logical, and as I wrote last week, football is for many of us our emotional crutch. It matters. That league table matters, even as the world crumbles around us. And for those that write about the sport on a daily basis, there is a void to fill. We have to write about something I guess, and that something has to be football related.

It was clear as soon as football ceased in the top four divisions and around Europe, that the narrative and need for content would take us down one certain path. Namely, how to resolve the season with two months left unplayed. These last few days therefore have given us some of the most irrelevant content of all from the mainstream media, though this piece may well surpass them all. And the content is irrelevant because there are football journalists attempting to argue what should be done with an incomplete season whilst not having the most vital piece of information to hand – the date when football can resume again. Until we know that, everything else is mere conjecture. You cannot make decisions like this until we have a rough idea of how long the sport will not be played. Until then, we are all wasting time even debating it. Still, keeps us all busy.

There will be no football on April 4th, and probably not May 4th either. I’m using conjecture now too, but it must be blindingly obvious that this pandemic is not blowing over in a few weeks. The date used by football’s authorities was simply a bookmark, to allow further discussion after an international break that will feature very little international football. If football is not resumed until the summer, then I have no answers to how this should be handled. There is no right answer, that’s the problem. Only a selection of wrong answers, one of which will eventually become official policy. I have no doubt that Liverpool deserve to be league champions, but you cannot just give them the title for an incomplete season, as you would then have to make decisions about the whole league and that would not be fair on the bottom three, especially Aston Villa, who could climb out of the relegation zone if they win their game in hand. You cannot play some games and not others to try and resolve outstanding matters either. You either play all the remaining games or abandon the season. Still, we have seen with great clarity where the media’s priorities lie in recent days. A raft of articles given over to how Liverpool must be awarded the title, as if this is the only important issue to clarify.

The most sensible option for me is that the Euros are postponed, and they will surely have to be come what may, and the Premier League is finished when it is possible to do so. But this has so many logistical issues to it that I have no idea if it is plausible or not. Looking down the leagues, it is clear that there is so much still up for grabs that many teams will not want the season curtailed. Of course the views of individual clubs may well depend on where they currently sit in the table. Those in a good position will want the current tables to be final, while those having a worse time of it would prefer everything to be voided. You probably know the situation in the Premier League, but as you go down the divisions, there are similar stories to be told. Most striking of all is the Championship, where every single team has in theory something to play for.  Sheffield Wednesday, in 15th place are eight points off the play-offs, and nine points from relegation. There are nine games to play, but in theory they could still get promoted or relegated, as unlikely as that is. Leeds and West Brom hold the top two spots, but their healthy buffer over Fulham in third is not really enough to argue their promotion is guaranteed. Far from it. The same can be said for Coventry and Rotherham in League 1. And likewise in League 2, where there are so many teams with so much to play for.  The team that may profit most from a void season is Stevenage, marooned at the bottom of League 2, a league in which only a single team is relegated.

The logistics of re-starting football are massive. For most players it may well be their longest break without competitive football. A new form of pre-season training will be needed, clubs will have to deal with players out of contract or perhaps wishing to leave, and there may well be a transfer window as games resume. For the authorities, the logistics are even greater, essentially forced to move a whole sporting calendar. Oh for the world of a month ago, when we had Brexit, VAR and a left- back issue to moan about. I miss those days, I miss that world. When you consider what has already been postponed across the world of sport, when things do hopefully improve, we could be in for a bonanza of sport. A weekend that may contain Premier League football, F1 races, The Masters, Wimbledon, and a lot more besides. Every cloud and that, though sport has never felt less important.

For all of us, there are tough times ahead. Here at the pod, we’ll be delivering as much content as ever, it will just be a bit different to what we put out before. We hope the content helps just a little in keeping us and you occupied and that soon we are talking football again. We hope you enjoy the content and feel involved. Because all I want, all we all want really, is a chance to shriek once more at a Pep line up, bemoan the absence of Phil Foden, and question the existence of Nicolas Otamendi. Those days will come, but they seem a long way off right now. Until then, to other priorities. Look after yourself, and those you love, and I look forward to seeing you on the other side. 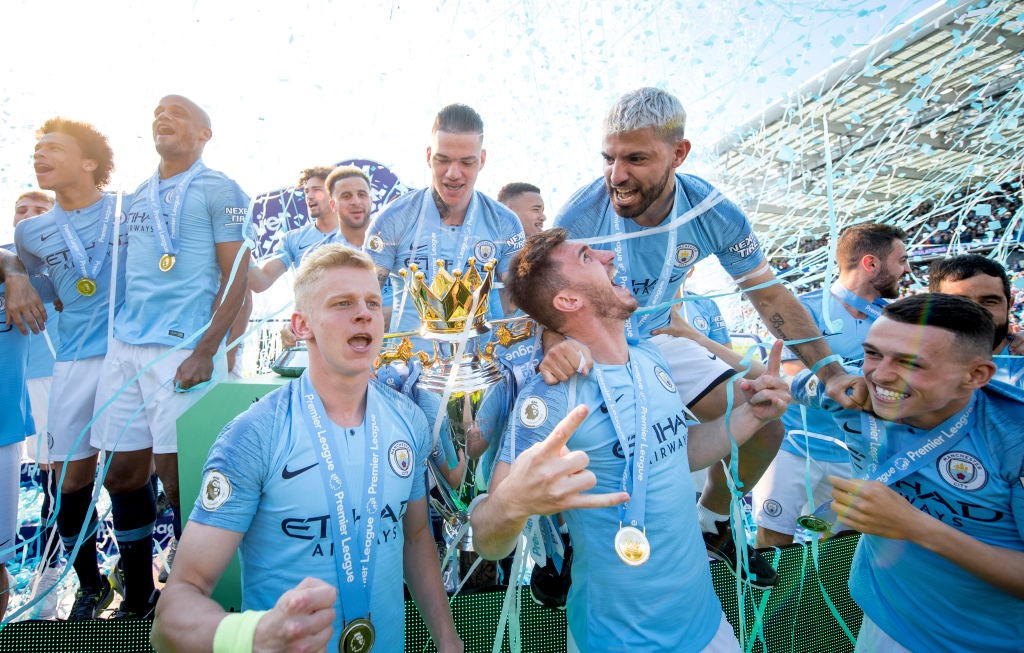