By Simon Curtis | 30 June 2020
From Allison to Mancini to Guardiola…the European journey continues, for now…

Head to toe in black, with the collar on his polo shirt turned up and a $400 dollar pair of Trussardi sunglasses sliding irresistibly down his nose, Roberto Mancini looked anything but the ice cool Italian we had been led to believe he was. All that La Dolce Vita poise was trickling away under the plastic dugout LA Galaxy had affixed for the coaching staff to hide in. Gesticulating in his unmistakable way, the Italian paced nervously up and down shouting at random people and waving his arms indiscriminately.

The Herbalife World Football Challenge was not supposed to be delivering these levels of stress on such a nice summer’s evening.

In Los Angeles to play one of those dull as dishwater publicity stunt games that have become the norm in modern times, star striker and loose cannon extraordinaire Mario Balotelli had just announced to the world that he was taking the match as seriously as the rest of us, by operating a dismal pirouette when through on goal in order to attempt to back heel the ball into the goal. It trickled harmlessly wide off his Achilles, with Edin Dzeko standing next to him wearing an expression that said welcome to Hollywood.

His manager meanwhile was approaching levels of apoplexy that would have encouraged a cardiologist to text message the Italian to sit down under a tree somewhere and eat some biscotti di amoretto. If it was a metaphor for what was to come a couple of months later in City’s inaugural Champions League participation, we were not to know it at the time, but at least it told the watching world that City’s endearing character had not been spoiled by simply winning something at last.

About twenty-three seconds later Balotelli was hauled off, leaving the field in his usual sloped-shoulder fashion, shrugging at his manager as he waddled half-heartedly past to fetch a bib to try on backwards.

As preparation for a 2011-12 season that would finally see City back in action in European elite competition, it wasn’t great. As a way of getting more Transatlantic fans interested in the club, it was yet another shot to the foot. If you were a believer that all publicity is good publicity, however, Mario had played one of his occasional blinders.

City’s only previous outing in the company of champions was so deeply buried in the swirling mists of time that the tournament had since changed its name, its shape and form and shed its array of Nottingham Forests, Dynamo Berlins and Feyenoords to encompass a slick, sleek new matrix of wall to wall Juventus and Bayern Munich. The slick, honed machine of the Champions League was just what we all deserved and was just what we were all getting for the first time ever this season.

After a sterling battle under Mancini to finish in the top 4, City had made it, with a first trophy for 35 years thrown in for good measure.

Malcolm Allison’s brash promises from 1968 could finally be forgotten and a brand-new chapter could be written, in bright vivid colours. Ironically, Allison had passed away the year before at the age of 83, consumed by the ravages of time and drink, all those nights out at Paul Raymonds, those smoky ITV studios with Brian Moore and Paddy Crerand, Rodney Marsh and Derek Dougan, all those cigars, all those cavorting bunny girls, all those schooners of champagne, finally doing for a mind that had been one of the sharpest in 70s football.

Allison, the great football thinker, who had dragged a moribund club up by its shoelaces to conquer England and conquer Europe. The league, an FA Cup, the League Cup and triumph in Europe came City’s way as Allison and Joe Mercer weaved their magic across the country and the continent. Vienna had been a wash out, though. Rain and uninteresting eastern European opponents in Gornik Zabrze meant a final crowd of below 10,000 had scattered itself amongst the puddles on the Prater’s wide terracing.

City’s only venture into the European Cup had been a well-documented disaster in 1968, with a first round exit to Fenerbahce. It had taken until now to get back to UEFA’s flagship show. In ‘68 there had been no seeding, no beguiling UEFA coefficients, no group stages stuffed with meaningless games against BATE Tractor Collective to guarantee big clubs extra revenue and a near sure-fire method of gaining access to the even more lucrative knock-out rounds.

City’s reward for patience came in the shape of the first of many Groups of Death that would litter their path in the early years of participation. Bayern Munich, Napoli and the old good version of Villareal.

Manager Mancini stressed the profundity of the challenge facing his team, stating “There are sides in the Champions League in this country, in Italy and in Spain, that have been doing this for many years. We must try to make sure one of them is Manchester City”.

As a rallying cry on the Malcolm Allison scale of grandiose breast-beating, Mancini’s utterings were underwhelming and understated. Not a single mention of cowards or winning the whole shebang to show Johnny Foreigner how it should be done. At least one thing seemed sure: City’s first outing would not be shrouded in the controversy Allison had bestowed upon the club all those years ago. Mancini, a master of press conference non-committal and studio soundbites, gave everybody the quotes they needed in his charmingly Italian English. “Football is this,” he would say time after time, or alternatively during moments of gay abandon, “This is football”, his go-to answers for the vagaries and capricious turns of the sport that had made him rich, famous and somewhat agitated.

UEFA had instructed its referees to be particularly strict on the dual evils of dissent and simulation. As City embarked on their first continental group stage, these elements seemed intangible dangers for a side -admittedly housing its fair share of maverick characters – that was well-drilled, totally focussed and ready to give a good account of itself. There would be no dissent, no breaking of ranks, no weird Balotelli pirouettes. City meant business.

Napoli arrived with a decent reputation for clever football and rapier counter-attacks. They operated a three-centre-back system and had some fliers going forward in the shape of Hamsik, Lavezzi and Cavani. Coach Walter Mazzari was so good he would soon be in charge of Watford as City hit them for five at Vicarage Road in 2017.Mazzari strode out at the start in luminescent blue bomber jacket and square glasses looking all the world like Anthony Petrocelli on his way to a Texas court hearing involving a bigamist and three stolen camels.

With honours even at half time, Napoli’s Cannavaro, Aronica and Maggio were already in the referee’s book, as the visitors employed a rotating system of fouling designed to help the referee forget who was doing all the illegal stuff. Clever these Napolitanos.

When the time came for the visitors to display their counterattacking prowess, they did it with some style. Barry and Nasri were caught engaging in a moment of self-indulgent leg-waving near the Napoli box, which allowed Maggio to break through the middle and feed the rampaging Cavani to his right. Two strides later and the Uruguayan let go of a shot that flashed under Hart’s star-shaped body like a wet bar of soap.

City’s inspiration came from the unlikely source of Aleksander Kolarov’s left foot. His freekick was slashed past a motionless De Sanctis for 1-1.

“Don’t worry, we win our next game in Germany” smiled Mancini as he turned away down the corridor with a smile.

The second match’s scheduling brought it into direct conflict with the Munich Oktoberfest. Those of us planning eagerly to be present for City’s re-emergence into the cathedrals of European soccer could hardly have been offered a stronger hand of cards. The prospect of the win that Mancini had guaranteed promised to make it a trip to remember. The amounts of Paulaner needed to celebrate this feat would be legendary.

If Mancini’s arms had been put to extravagant use in Los Angeles, down on the Allianz touchline, they looked fit to spin clean off.

The match had progressed to the 55th minute when a general commotion on the touchline seemed to be starting around Carlos Tevez, who, having warmed up in the usual nonchalant manner of a man fetching his hot chocolate from the kitchen, had gone to sit down again. Edin Dzeko, the man apparently coming off, was also using his arms to good effect. Dzeko is a rangy man and has appropriately lengthy limbs. The Bosnian waved at the City manager in a not so friendly manner, remonstrated with the bench, jabbed his own chest as if pointing out ketchup stains on a badly washed garment and then removed his boots and slammed them from a great height into the turf before him. As sideshow cabarets go, this was a good one. Tevez, meanwhile, was refusing to budge.

As a result of his sudden bout of cement boots syndrome, instead of a galvanizing Argentinean whizz kid to stir things up, Mancini was forced to sub on the sideways moving Nigel de Jong. City lost 2-0. Suddenly all those perfectly grilled sausages and frothing tankards of bier seemed so far away, as we sloped off from the Allianz’s handy perch on a grass mound somewhere beyond Munich airport overlooking the autobahn to Ulm. By the time we made it back to central Munich, even the Oktoberfest had ended.

City’s first attempt stuttered to a halt after losing in Naples put paid to qualification. UEFA’s eternal reward for failure, the Europa League, awaited us. Ten years have since been added to the 40 it took to link Fenerbahce with Napoli and Bayern. Allison has gone, Mancini and his successor Pellegrini have departed Manchester too if not this mortal coil. 50 years since the first tentative steps blew up in our faces. Under Pep Guardiola the time is right to square the circle and in doing so, finish off a story of quite mesmerising daftness in the pursuit of continental glory. That it may have to be done behind closed doors would simply mean a new outbreak of Cityitis is with us, strong and perky. I’ll drink to that. 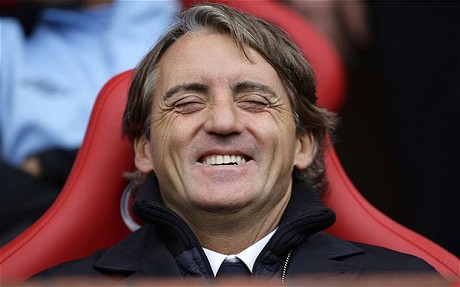